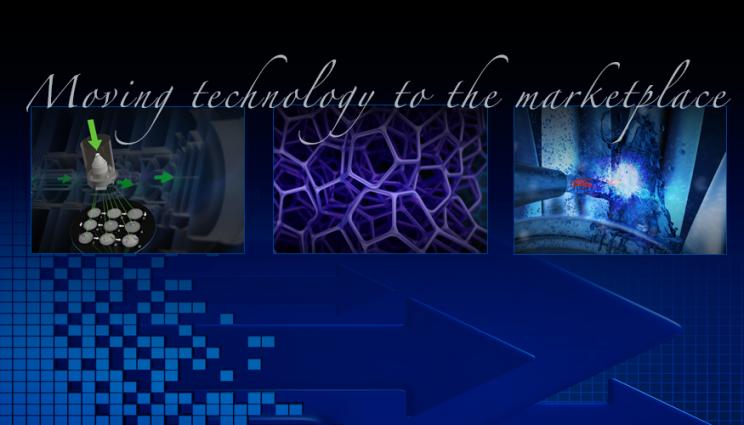 Lawrence Livermore National Laboratory’s success in moving technology to the marketplace was a central topic at last week's Forum on Connecting Regional Innovation Ecosystems to Federal and National Labs.

The purpose of the daylong event, hosted by the White House Economic Council, was to provide the Obama Administration with input on how to more efficiently transfer technology from the national labs to the private sector, said Rich Rankin, director of the Lab’s Industrial Partnerships Office.

"We are seen as thought leaders; each one of the labs has developed innovative practices that can make commercialization more effective," Rankin said. "The fact that the administration is demonstrating its willingness to embrace that perspective shows they’re hoping to change what drives us."

In discussions with White House and senior Department of Energy officials, along with representatives from the Department of Defense, National Institutes of Health, the U.S. Army, U.S. Navy and NASA, LLNL Director Bill Goldstein, Rankin, and others touted the Lab spin-outs, POC Medical Systems and SafeTraces, as well as collaborations with leading companies such as Autodesk and laboratory licensees like Star Cryoelectronics. 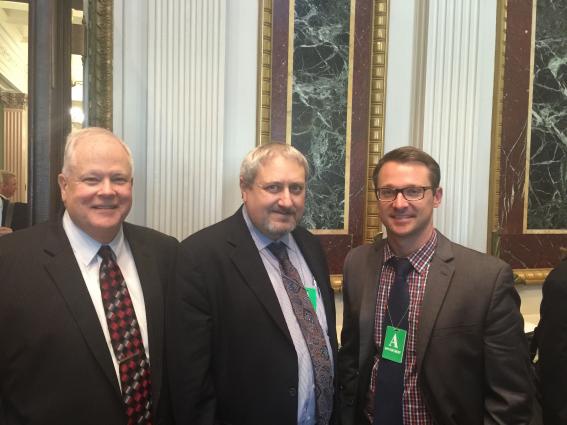 Directors from four national labs attended the event. In his comments to the forum, Goldstein highlighted the Livermore Open Valley Campus, the National Lab’s Entrepreneurship Academy­ — a three-day symposium recently held in San Ramon that educated Lab employees about marketing and taking their research into the private sector — and the i-GATE Innovation Hub, a Lab partner and startup incubator in downtown Livermore.

"We think that our mission, the opportunity of national service and the tradition of academic freedom we offer represent competitive advantages in recruiting and retaining the workforce we need. But, truth be told, it’s expensive to live and raise a family in the San Francisco Bay Area, so it’s important not to take anything for granted," Goldstein said. "Our workforce challenge is one of the reasons it’s crucial for us to engage actively with our regional innovation ecosystem. Given our region, we really don’t get to decide otherwise; the engagement is happening, and the Lab and its mission benefit to the extent we can harness it."

Rankin said the Lab’s contingent conveyed the importance of providing additional incentives for employees, increasing funding for technology maturation and streamlining current provisions regulating the transfer of innovation originating from the labs to the marketplace.

"We need to change the tech to market paradigm a little bit to be more effective. The administration is showing us that they’re engaged, and that support is what we need to accelerate the movement of technology out of the labs and into commerce. We’re trying to be quicker, to the extent we can look more like a business."

Brandon Cardwell, i-GATE’s executive director, accompanied Lab officials on the trip and said he hoped to send the message that developing better ways for Lab researchers to engage with entrepreneurs is critical to tech transfer success.

"We really need to focus on developing the networks that allow the researchers and (principal investigators, or PIs) to interact with companies at the early stages of development," Cardwell said. "Whether the PI joins the company isn’t as important as if he’s allowed to have some interaction with the team that’s transferring the tech out of the Lab. We at least need to have guidelines or cultural norms that encourage that."

Since being founded by LLNL, Sandia Labs California and the City of Livermore in 2010, about a half-dozen companies have spun out from i-GATE using technology originating from Lawrence Livermore and Sandia national labs, according to Cardwell.

"It was good to assess the landscape and see that with our regional effort we are having as much, or even more success, than anyone around," Cardwell said.

Other national labs participating in the forum were Oak Ridge, Argonne and Brookhaven.