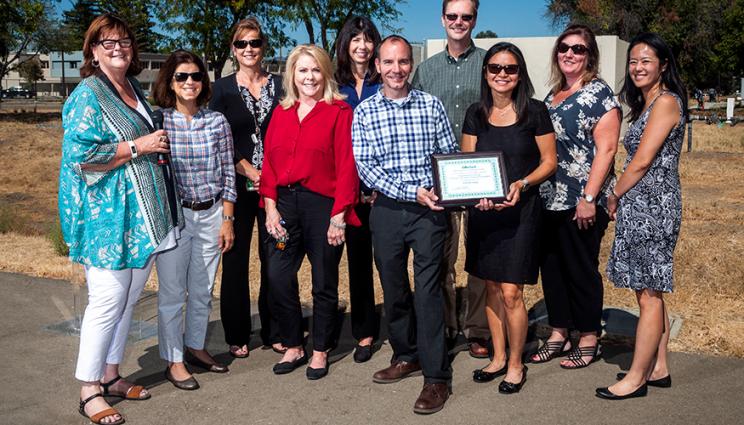 Laboratory recognized for its sustainability

Earlier this year, LLNL was one of five Bay Area federal facilities recognized for meeting and exceeding its green goals as part of EPA’s Federal Green Challenge (FGC) program, and this award acknowledged further efforts to improve the Lab’s eco footprint. 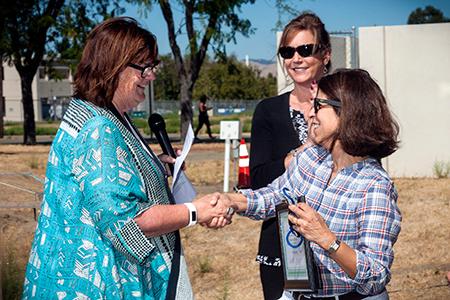 This latest recognition -- the 2017 Federal Green Challenge Regional Award -- identifies achievements in sustainable procurement. LLNL has reduced its paper usage by almost half over the past seven years and has significantly reduced its usage of printer components such as toners and ink cartridges. Catharine Baker, California assemblywoman for LLNL’s district, commented on LLNL's receipt of the award, saying that the Lab’s "commitment to improving efficiency, saving resources and reducing costs while working toward solutions to the nation’s most challenging security problems makes [LLNL] most deserving of this recognition."

Representatives from EPA Region 9, including Associate Director Kathy Taylor, attended the farmers market to present the award. Anita Gursahani, deputy principal associate director for O&B, was on hand to accept the award, along with several of her colleagues who contributed to this achievement. Timonie Hood, Region Nine’s Zero Waste & Green Building coordinator, also attended the event.

"Government agencies lead by example for other organizations when they make strides in sustainability like this, which is why Lawrence Livermore’s work in this area is so important," Taylor said.