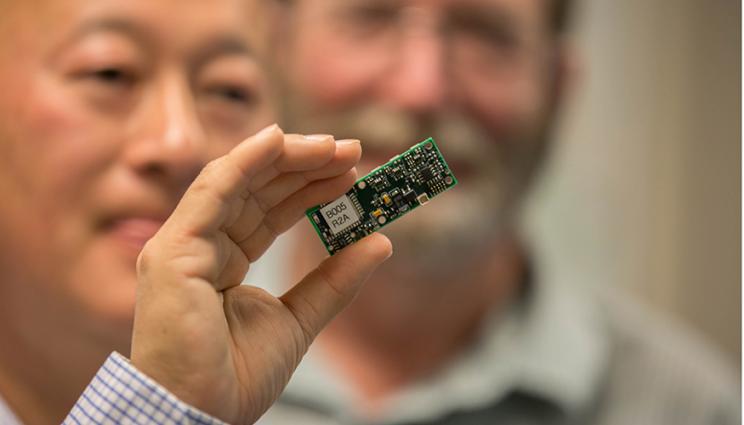 Two teams of LLNL scientists, supported by a Lab business development executive, have each received regional awards for technology transfer from the Federal Laboratory Consortium (FLC).

This year's awards, one for technology work and the other for a partnership, were presented last month during the FLC's two-day Far West/Mid-Continent regional meeting in Albuquerque, New Mexico.

Since 2007, LLNL has garnered 28 regional awards for technology transfer from the FLC.

The subsequent work was funded under a cooperative research and development agreement supported by the Department of Energy’s Advanced Research Projects Agency-Energy (ARPA-E) program.

WiBSAFE is a compact sensing system that enables users to wirelessly monitor and manage the health of high-capacity power cells, such as lithium-ion batteries, at the cell level through continuous measurement of vital battery characteristics, such as voltage, current, temperature, strain and chemistry.

WiBSAFE is especially useful for monitoring power cells in critical environments, such as cars, planes and spacecraft, where predicting and avoiding battery-related problems is crucial. 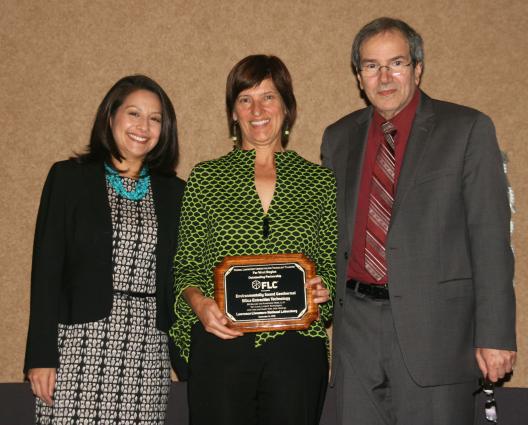 Annemarie Meike, a business development executive (BDE) in the Lab’s Industrial Partnerships Office, has handled the technology transfer efforts for both of the winning teams.

"There are times when it takes an ecosystem to develop and transfer technology," said Meike, who handled the licensing of the Lab technology to the two firms. "The two startup companies licensed the same environmentally friendly technology from the Lab.

"Understanding that the companies had complementary skillsets, and with their permission, I introduced them. Rather than seeing each other as competitors, the companies understood that combining efforts to demonstrate the technology would be more beneficial. Now, the two companies, supported by retired LLNL geochemist Bill Bourcier, have successfully demonstrated the technology on a pilot scale."

The technology was developed by Bourcier and former LLNL geochemist Carol Bruton, who has since left the Laboratory.