Mihail Bora, a physicist in Engineering’s Materials Engineering Division, sets up a check for a hydroscanner camera, which is capable of imaging water content in polymer materials with high spatial resolution.

During the program’s first two years, in 2016 and 2017, Lab researchers received only two of the larger cooperative development grants – one each year. In 2018, they garnered three of these grants.

But this year they managed to match their total of five cooperative development grants from the program’s first three years, plus a tech maturation award.

"I’m absolutely pleased by our results. These achievements reflect the value of the TCF program to the Lab and demonstrate that energy-related research at LLNL is both important and relevant to industry," said Rich Rankin, leader of the Lab’s Innovation and Partnerships Office (IPO).

This year’s TCF will provide LLNL researchers with more than $6.2 million, with about $2.6 million from DOE and $3.6 million in matching funds from industrial partners.

Under the TCF, national lab scientists and engineers can seek two types of grants. One is a tech maturation grant, which provides $100,000 to $150,000, does not require the involvement of an industrial partner and is focused toward the maturation of technologies. The other grant, known as a cooperative development project, usually nets $250,000 to $750,000 (although the totals may be smaller), requires the direct involvement and matching funds from an industrial partner and is aimed more directly at commercialization.

The federal grants must be matched with an equal amount of non-federal money. Each of the five cooperative development projects will receive in-kind matching support from industrial partners.

"The Lab has again demonstrated through this year’s TCF awards that its mission-driven science and technology advancements are of great interest to a broad range of industries who wish to work with the Lab to commercialize these technologies," said Steve Bohlen, the leader of E Program within the Global Security Principal Directorate.

A team of LLNL researchers will be working with a Berryville, Virginia-based company, TTEC, to commercialize a technology to additively manufacture high-performance magnets and energy-harvesting materials with complex shapes.

The new technology, which could circumvent many of the challenges faced by existing manufacturing approaches, would produce magnets for use in high-power generators and motors found in wind turbines and electric vehicles.

The team, led by Harry Radousky, a physicist in the Materials Science Division of the Physical and Life Sciences (PLS) Directorate, will work under a two-year, $300,000 DOE cooperative development grant, with $300,000 of in-kind contributions from TTEC.

Livermore researchers have developed a new class of materials, sodium carbonate composite sorbents, that have the potential to remove carbon dioxide from mixed gas streams.

LLNL has attracted two industrial partners, SoCalGas and Xebec, a Quebec-based manufacturer of commercial gas purifications systems, to work together to move the technology closer to commercialization by testing it more rigorously and at increasing scales.

Led by Sarah Baker, a materials chemist in the PLS Materials Science Division, the team has received a two-year, $500,000 cooperative development grant and also will use $500,000 of in-kind industrial contributions. 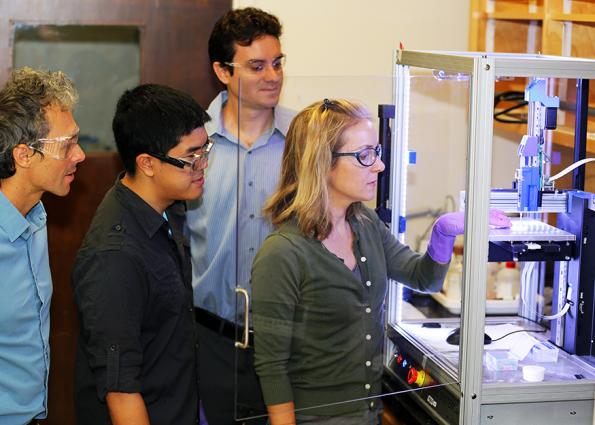 While additive manufacturing, or 3D printing, allows the production of materials with properties and performance far beyond previous capabilities, the application of 3D printing is limited by the lack of available feedstock materials for manufacturing products.

Working under a two-year DOE cooperative development grant worth $300,000, the team also will utilize an equal amount of industrial in-kind contributions. The effort is headed by Marcus Worsley, a chemical engineer in the PLS Materials Science Division.

Livermore scientists and engineers have developed an instrument that can provide far more realistic training for first responders dealing with the aftermath of radiological accidents or nuclear terrorism.

Dubbed the Radiation Field Training Simulator (RaFTS), the instrument produces a response in a user’s actual equipment, such as the most advanced radiation detectors used by emergency personnel, that exactly replicates all the physics of real-world use in radiation hazard-level situations. 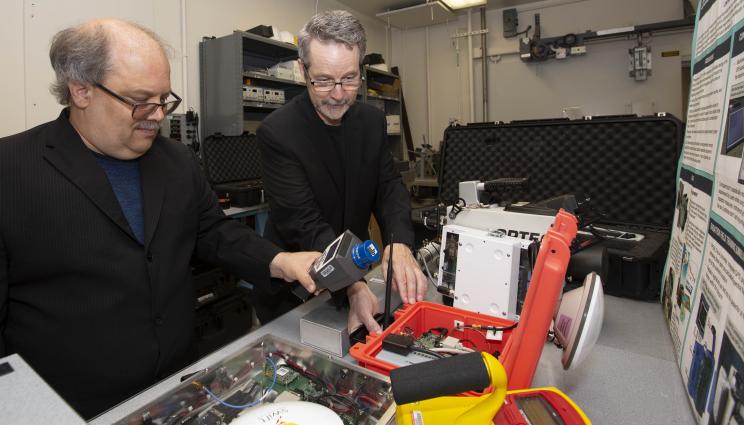 A team of LLNL researchers is designing an instrument to gather data about water intrusion into photovoltaic (PV) modules of solar panels. The instrument could then be deployed in a production facility to obtain information about solar modules and materials, along with quantifying the impact of water intrusion on product reliability.

The team received a $250,000 DOE cooperative development grant and will receive $250,000 of in-kind contributions from five industrial partners – D2Solar Inc. and Vitriflex Inc., both of San Jose; SCP SYS LLC and Sunrun, both of San Francisco; and Quanex Building Products Corp. of Houston.

Mihail Bora, a physicist in Engineering’s Materials Engineering Division, is the project leader for the effort. See photo at top of story.

Researchers from LLNL and other institutions have developed advanced methods to analyze seismic data using seismic interferometry, a new technique that offers a powerful yet low-cost way of imaging the subsurface.

Currently, the use of interferometry by industry is limited as most work still requires research-level expertise. Livermore researchers are planning to adapt their existing technology to create a low-cost commercial software tool designed for subsurface imaging and monitoring using data from geophones and distributed acoustic sensors.

Work will be done under a one-year $150,000 DOE tech maturation grant in collaboration with SubTerraSeis, a Reno, Nevada-based seismic imaging firm. Robert Mellors, a seismologist in the Lab’s Atmospheric Earth and Energy Division, is the project leader. 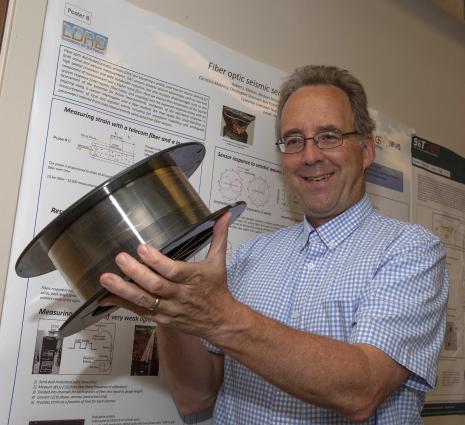