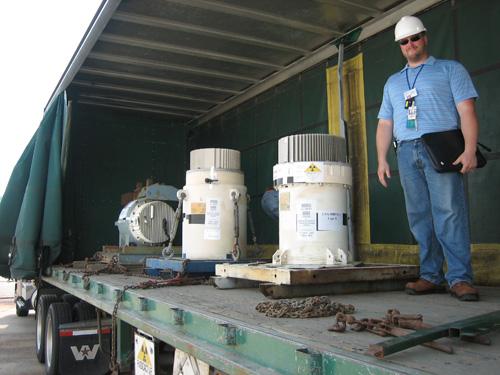 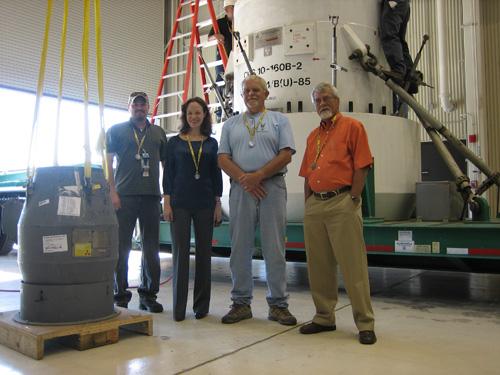 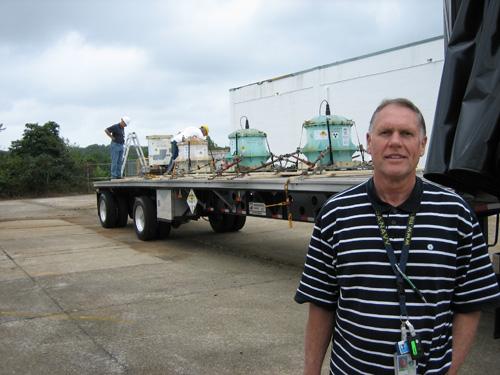 A Laboratory team is playing a key role in the secure disposal of "at risk" radiological materials at university and government research institutions around the country that could be used by terrorists to build a radiological dispersion device or "dirty bomb."

Since 2005, the Lab's Waste Certification Program has been working with Idaho National Laboratory (INL) and Los Alamos National Laboratory (LANL) to support the National Nuclear Security Administration's (NNSA) Office of Global Threat Reduction to remove at risk radioactive sealed sources from the public arena and dispose of them at the Nevada Test Site (NTS). This is done through the Off-site Source Recovery Program (OSRP).

"For the most part, the sealed sources that are being disposed of are no longer in use but remain of high activity and potentially usable for a radiological dispersion device," said Jared Dominick of LLNL's Radioactive and Hazardous Waste Management Division.

OSRP's task is to remove excess, unwanted or abandoned radioactive sealed sources that pose a potential risk to public health, safety and national security. In some cases the radiological material is in facilities that are to be closed down or converted to other uses.

The initial project undertook the disposal of 68,000 curies (Ci) of Cobalt-60 (Co-60) from the Georgia Institute of Technology in downtown Atlanta. Since then, the program has expanded to other sites and involved other agencies.

Over the last four years, the Lab also has assisted with the removal of Co-60 from the Southwest Research Institute in Texas and radioisotope thermoelectric generators (RTGs) from Los Alamos and for the U.S. Navy. RTGs function as a kind of battery, which converts heat released by radioactive decay into electricity, for use as a remote power source for satellites, unmanned probes or to power devices in remote locations.

The Laboratory was brought into the program because of its record and experience in working with radioactive and hazardous waste management and with NTS, one of the sites receiving radioactive waste. "We've a longstanding relationship with NTS and recognized expertise in radioactive and hazardous waste management," Dominick said. "Also, we've a good rapport with all of the agencies involved in the proper disposal of these materials."

Lab scientists and engineers characterize and certify recovered "at risk" radioactive sealed sources waste for disposal at NTS. This involves verifying the origins, exact quantity and level of radioactivity of the material to be transported and recommending the kind of container that should be used for shipment. They also oversee and certify the packages and shipments of the material; Los Alamos or INL handle the transportation.

After completion of the latest project to remove RTGs for the U.S. Navy last summer, NNSA issued a Sept. 30 press release about the program's achievements. NNSA Laboratory Site Operations Manager Alice Williams sent Director George Miller a letter commending "the work of your staff in the Radioactive and Hazardous Waste Management Division for their role in this accomplishment."

The work is ongoing with an emphasis on cleaning up "high activity sources" first, Dominick said.

"We've really gotten a lot done in a relatively short time. This goes to show how a cooperative effort can solve complicated problems," he said. "It's very gratifying to work on something so significant that makes the world a safer place."