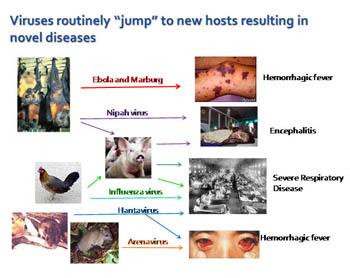 View this poster in 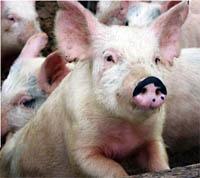 A team of Lab researchers may be able to use rare mutations from the virus population of an animal host to distinguish between samples that previously appeared to be genetically identical.

Their work, done in collaboration with a researcher from the Richmond-based California Department of Public Health, won one of three outstanding poster awards at a Defense Threat Reduction Agency (DTRA) conference.

The three poster award winners were selected from among 588 posters that were presented at DTRA's Chemical & Biological Science & Technology Conference held recently in Orlando, Fla.

Information from the scientists' work could potentially be useful for forensic purposes, as well as determining the likelihood that a virus may jump from one species of animal to another, or from animals to human beings.

The Lab team is led by Monica Borucki, a biomedical scientist in Physical & Life Sciences, and includes Jonathan Allen and Clinton Torres, both bioinformatics scientists from Computation, and Tom Slezak, the associate Informatics program leader from Global Security. They are collaborating with Sharon Messenger of the California Department of Public Health.

"Understanding the evolution of RNA viruses is a major scientific problem that is essential for developing a better biodefense," Borucki said.

Backing up her point, Borucki noted that three-quarters of recently discovered pathogens are viral, that one to four new pathogenic viruses are discovered each year and that most of the viruses that jump to new species are viruses with genomes composed of RNA. Most of these viruses are animal viruses that "jump species" and infect humans.

At the DTRA conference, Allen presented data from preliminary experiments that involved ultra-deep Illumina sequencing on three different naturally infected samples --brain tissue from two rabid foxes that appear to be involved in a rabies host-jumping event and a nasal sample from a calf infected with bovine coronavirus.

Through the California Department of Public Health, Livermore scientists have received brain tissue samples of foxes that have apparently been bit by skunks, contracted rabies and attacked people or pets. In 2009, there was a 356 percent increase in the number of foxes contracting rabies in California, with most of these cases occurring in Humboldt County.
The Laboratory researchers have theorized that as the rabies have jumped from skunks to foxes the genes of the rabies virus have undergone changes.

"We're interested in understanding how a virus changes at the population level as it adapts from one host to another," Borucki said. "We're particularly interested in this area because many diseases move from animals to people."

The researchers' ultimate goal is to determine the probability of a specific animal virus jumping from animals to humans, Borucki noted.

"Although the rabies virus has jumped species multiple times in the past, the event is relatively rare and whole genomic sequencing analysis has never been applied to such an event," Borucki said.

During the next year, the team plans to analyze 50 different rabies samples from a naturally occurring host-jumping event (skunks to foxes in Northern California) and 35 different bovine coronavirus samples from a laboratory-simulated host-jumping event. This work is funded by the Defense Threat Reduction Agency as part of the Transformational Medical Technologies program.