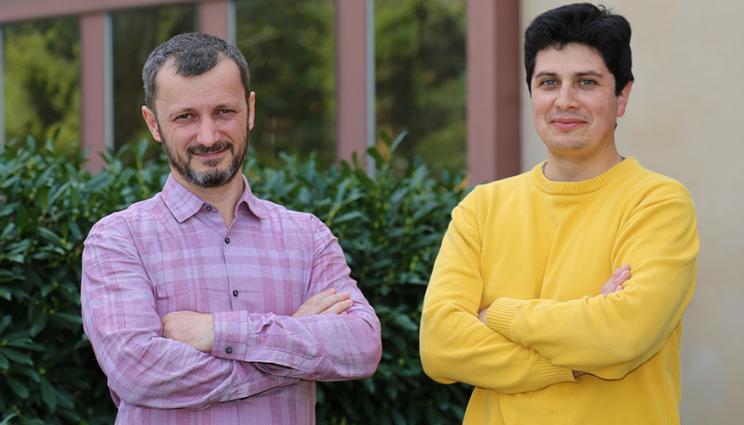 Managed by DOE’s Advanced Research Projects Agency-Energy (ARPA‑E), the challenge stretched over the course of more than a year and featured teams from various universities, other DOE national laboratories and private companies. The LLNL team (gollnlp), led by computational mathematician Cosmin Petra from LLNL’s Center for Applied Scientific Computing and involving operations research engineer Ignacio Aravena from LLNL’s Computational Engineering Division, took first place in each of the four divisions of the first challenge, far outpacing the rest of the field with regard to their team’s relative gaps (relative difference between a team’s score per scenario in comparison to the best score per scenario over all entrants).

The challenge required designing and implementing an algorithm for security-constrained optimal power flow (SCOPF), one of the most complex problems in planning short-term power grid operations. The problem involves figuring out how to operate the grid as cheaply as possible while maintaining reliability and security requirements. The objective was to create new software management solutions that would work in real time on a scale as large as the nation’s power grids.

The teams submitted their algorithms to the competition, which were then tested and evaluated by Pacific Northwest National Laboratory on synthetic and real-world proprietary grid models and scored based on performance. Each division evaluated the results of 17 network models with 20 scenarios each, and three industry models with four scenarios each, for a total of 352 scenarios.

The LLNL team accounted for more than half of the best scenario scores — 816 first place tallies out of a possible 1,408, or 58 percent — well ahead of the team with the second-most firsts, the GO-SNIP team lead by Lehigh University, in collaboration with Northwestern University, Georgia Tech University and the University of California, San Diego, at 282. Even when they didn’t achieve the highest objective value, the LLNL team was almost always close. In an email to listservs around the world, ARPA-E Program Director Kory Hedman described Livermore’s “very strong first place” showing in each division as “amazing.”

Petra said the team was able to leverage their 15 years of experience in mathematical optimization, scientific computing and power grid optimization problems, and tackled the challenge with a combination of state-of-the-art mathematics and high-performance computing.

“We’re really excited and at the same time very honored,” Petra said. “One of our strong points was the fact that we have been successful in designing an algorithmic approach that leverages the mathematical and computational features present in SCOPF to make an extremely efficient use of parallel computing. It was an immense amount of work. We gave our best and we’re happy that it paid off.”

Aravena said the LLNL team tried many different variations of the original technical concept, repeatedly refining their computational methods until they found a satisfactory approach.

“Many of the things that we found in testing and developing the approach were counterintuitive; you would expect to see one thing but then some other problems would develop somewhere else,” Aravena said. “We had to take care of many potential risks to the power grid simultaneously. Keeping the balance of all those risks was really difficult.”

Beginning with Challenge 2, future GO competitions will build on models used in Challenge 1 and could include more complex factors such as larger network models, optimizing power flows over both transmission and distribution systems and increased model detail, according to DOE. The top 10 teams in Challenge 1 will share an initial $3.4 million award to further develop their approaches and pursue industry adoption of their technologies.

Petra said the team is actively seeking application areas that could benefit from the algorithms and computational tools developed during the competition. Also, the team is attempting to understand how the developments of this project can be transferred to power grid industry practice.

Additional members of the LLNL team were doctoral students Omar DeGuchy from the University of California, Merced (UC Merced) and Juraj Kardos, from the Università della Swizzera italiana (USI), Lugano. For more on the performance of the Livermore GO team, visit GO Competition.