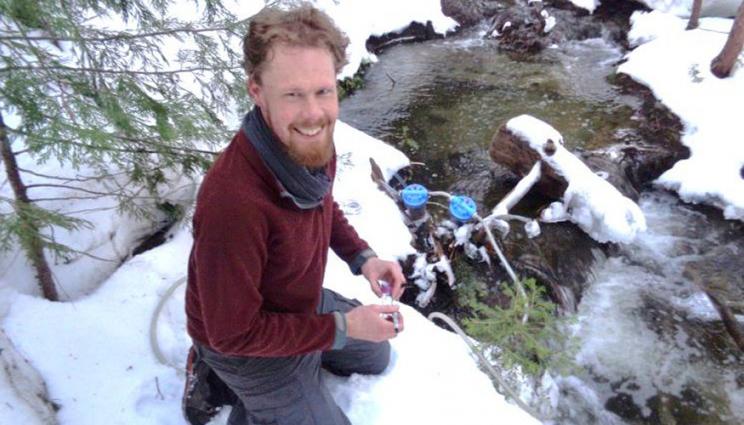 Lab scientists use radioactive tracers to determine the ages of streamflow

Watersheds store water underground in soils and weathered bedrock. How long it takes for water to flow through the subsurface to feed streams is difficult to measure but important for understanding how watersheds function.

Lawrence Livermore National Laboratory (LLNL) researchers and their collaborators have studied the mixture of water ages in Providence Creek, a stream in the southern Sierra Nevada, California, using naturally occurring radioactive isotopes of hydrogen (tritium), sodium‐22 and sulfur‐35. The amount of these isotopes decreases because of radioactive decay as water spends more time underground. Each of these isotopes has a distinct half‐life (12.3 years, 2.6 years, and 87 days, respectively). By using this combination of isotopes, the team was able to tease out the mixture of water ages in the stream. 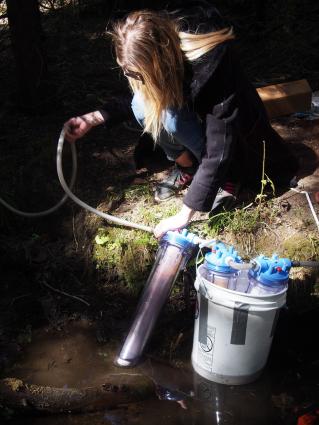 "This is the first study to illustrate how we can use cosmogenic radioactive isotopes to reveal the dynamic watershed behavior and constrain subsurface architecture," said LLNL scientist Ate Visser, lead author of the paper appearing in journal Water Resources Research.

This research was funded by LLNL’s Laboratory Directed Research and Development Program and the paper recently was included in the "Editors’ Highlights" in the American Geophysical Union’s Eos Magazine.

The LDRD-funded research led to a University of California Multicampus Collaborative Research and Training award titled "Headwaters to Groundwater: Resources in a Changing Climate." This study will integrate the effects of climate change, hydrology, energy and society influences on future water management, specifically focusing on aquifer storage and recovery in California. "The goal is to provide fundamental science to support sustainable water resource management," Visser said.

LLNL scientists Melissa Thaw, Amanda Deinhart, Richard Bibby and Brad Esser as well as researchers from the University of California, Merced and Vrije Universiteit in the Netherlands also contributed to the project.