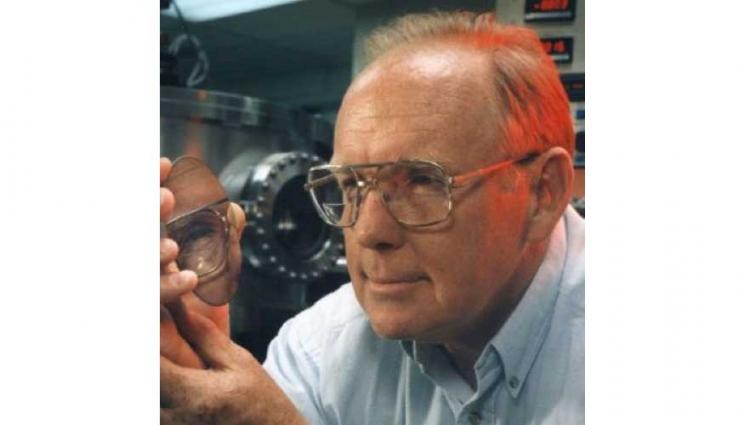 A Lab scientist whose ties as a student, researcher and alumnus with Stanford University span six decades has been honored by the Bay Area university.

LLNL materials scientist Troy Barbee Jr. was one of four Stanford graduates inducted into the university’s Multicultural Alumni Hall of Fame (MAHF) recently during a ceremony at the Tresidder Memorial Union.

Barbee was inducted into the school’s MAHF for his work with Stanford students through the years and for his career achievements.

When the 18-year-old Barbee walked onto Stanford’s Palo Alto campus in 1955 on a football scholarship after graduating from Hoover High School in San Diego, he believes he was the only Native American there for his first year.

He arrived 15 years before the university started its Native American Cultural Center in 1970. Today, there are about 400 Native American students in Stanford’s undergraduate and graduate programs.

"I feel honored to be selected for the MAHF and I’m in some good company," Barbee said. "The Native American presence at Stanford in 1955 was very minimal. I think there might have been one other Native American, but he probably came in 1956."

During his decade as a student at Stanford, Barbee earned three degrees – a bachelor's of science in physical metallurgy in 1960, and master’s of science and doctorate degrees in materials science and engineering in 1962 and 1965, respectively.

Barbee’s football scholarship covered his tuition of $750 per year, provided a campus job to support his room and books and provided a job "hashing," or serving meals to fellow students in his dormitory for board.

Although freshmen did not play varsity football in the 1950s, Barbee started as a left tackle on offense and defense in his sophomore, junior and senior years at Stanford. In his sophomore year, he covered the "blind side" for future San Francisco 49er quarterback John Brodie, who was in his senior season, and he played on the same offensive line with right tackle Paul Wiggin.

Before games, Barbee would room with Wiggin, who went on to play 11 years in the National Football League as a defensive end with the Cleveland Browns, including several All-Pro seasons, and later coached nearly three years for the Kansas City Chiefs and at Stanford University.

"Paul and I got to know each other and we became good friends. His job was to shepherd me and take care of me," Barbee said.

One of the LLNL researcher’s favorite gridiron memories occurred in 1956 when the USC Trojans came into Stanford Stadium undefeated and highly favored.

"I can remember as a sophomore playing USC at Stanford. I played 57 or 58 minutes. They were really good and their halfback was Jon Arnett, who later played for the Los Angeles Rams.

"We were ahead by eight points (27-19) with four or five minutes remaining in the game. It was a great feeling. My name is Troy and we beat the ‘Men of Troy.’"

Over the last five games of his sophomore season, he averaged about 53 minutes per game, but his playing time dropped to about 40 minutes a game during his junior and senior seasons, largely due to knee injuries. Barbee underwent four knee operations within about nine months after his first season.

If he hadn’t had knee problems, Barbee said he would have tried to play pro football. "I had discussions with an NFL team and a verbal offer."

Along the way, between 1971 and 1986, he served as a freshman academic adviser for Stanford students, providing advice and recommendations for about 12 students each year.

"It was great fun," Barbee recalls. "I thought it was wonderful. The students were all bright, able and enthusiastic. They were interested in all kinds of topics. They found out I’d been a football player and that immediately gave me an in with them."

During his stint as the associate director of the Center for Materials Research, Barbee built a capability to produce thin films – or multi-layer materials – comprised of extremely thin layers a few atoms thick using the newly developed magnetron sputtering technology.

This multilayer synthesis technology was recognized by the Materials Office of the National Science Foundation (NSF) in its fiscal year 1976 report to Congress as one of the four major achievements of materials research funded by the NSF that year. In effect, Barbee had become one of the world’s leading developers of materials that didn’t exist in nature and had not been synthesized before.

Before his days at Stanford, Barbee spent about one-and-a-half to two years of his childhood, when he was six and seven years old, growing up in the town of Yuma, Arizona across the border from California and at the Fort Yuma Indian Reservation in Winterhaven, California across the Colorado River from Yuma. An enrolled member of the Quechan Indian Tribe, Barbee was raised during that time by his mother, grandmother and his maternal great grandmother while his father, Troy Walter Barbee Sr., fought in World War II as a Naval warrant officer.

He recalls his grandmother making fresh flour tortillas and eggs for breakfast and that "she was an exceptionally important influence in my life. Her mother, my great grandmother, was the daughter of the daughter of the tribal chief who, as an adult, represented the tribe in negotiations with the U.S. government for many decades.

"Life on the Indian reservation had a cycle that was more driven by nature than by anything else," Barbee said. "There are all kinds of stories. The Fort Yuma Indian Reservation had excellent farmland, and still does, for growing watermelons, carrots, cantaloupes and all kinds of fruits and vegetables."

When the temperatures hit 117 degrees in the shade, it was considered a really hot day, according to Barbee. "People would get up earlier in the day and maybe work until 10:30 or 11 in the morning and then things would quiet down until 4 o’clock or so in the afternoon." 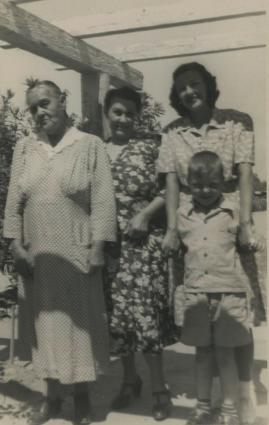 Though the family had a swamp cooler — and two-foot-thick adobe walls — at their home on Madison Avenue in Yuma, it could still get very hot. When the temperature reached 115 degrees or so, angle iron bed frames and mattress pads would be placed outside with the legs of the frames placed in tin cups with a little kerosene to protect against scorpions and other vermin.

He and his cousin, Gene, would often swim in the Colorado River near the then old Yuma Territorial Prison. On the way home, they would stop at the local produce packing facility, where the workers would allow the boys to take overripe watermelons that they could put in the drip pan of their family ice box.

"Can you imagine having a perfectly ripe, ice-cold watermelon when it’s 115 degrees outside? It was absolutely wonderful."

Barbee views his Native American heritage as something that has been important to him in his life.

"My father was away in the Navy. I was raised in the context of being on an Indian reservation, with my mother, grandmother and great grandmother helping raise me during the years that my father was serving in World War II."

After working for about 25 years as a researcher at Stanford, Barbee joined LLNL in 1985 and has continued his development of multilayer materials using the magnetron sputtering technique. To date, he has produced multilayers for 78 of the 92 naturally-occurring elements.

One of Barbee’s early successes at LLNL was achieved in 1988 when his multilayers were deployed in telescopes on a rocket flight out of White Sands, New Mexico as part of a collaboration with Professor A.B.C. Walker of Stanford.

The telescopes took spectrally resolved images of the sun’s solar corona at seven wavelengths – and at the highest resolution ever achieved -- and one of those images, at 17.3 nanometers, appeared on the cover of the Sept. 10, 1988 edition of Science Magazine.

Before those images, scientists theorized that the solar corona operated in a quasi-equilibrium manner, based on the observations and images of the sun.

"The spatial and temporal resolution of the new images and data showed that the solar corona is not at equilibrium and instead is highly dynamic, something that required a whole new theoretical framework," Barbee said. 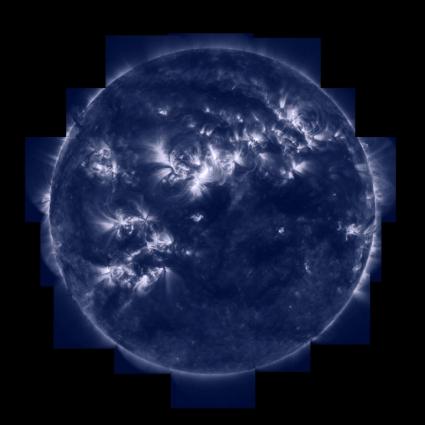 As one example of the impact of Barbee’s multilayers, Radousky noted that a major problem was encountered during the development of floppy discs and disc drives for personal computers and Macs. If a system crash occurred and the READ head bounced on the floppy disc/disc drive surface, it would damage that surface, making that area not readable/recordable.

This development, in turn, led to a data loss and in a number of cases faulty operation of the Read/Write HEAD mechanism. The problem was solved by using a multilayer technology developed by Barbee that put on a hard one nanometer (one-billionth of an inch) continuous smooth coating that would be wet by a thin lubricant, essentially eliminating the error.

At one point, about 10 to 15 years ago, a major manufacturer of floppy discs and disc drives had more than 15 multilayer systems in its manufacturing lines and controlled about 35 percent of that market, using Barbee’s technology.

During his career, Barbee has published about 300 peer-reviewed journal articles, been awarded 28 U.S. patents and has been cited more than 5,500 times.

But, according to Timothy Weihs, who worked as a postdoctoral researcher for Barbee and is now a professor of materials science at Johns Hopkins University:

"These numbers tell only a fraction of the story, as Troy has been far more passionate about developing unique materials than publishing papers. His in-the-lab, hands-on approach to research established the state-of-the-art in multilayer and nanolaminate materials, created exciting new opportunities for scientific experiments and for government/commercial applications and earned him three R&D 100 awards."

During his years as an LLNL postdoc, Weihs said that Barbee was in the lab every day, helping to fabricate samples, conduct studies on materials that were produced and design the fabrication systems that were used.

"He was and remains a wonderful inspiration to many postdocs and collaborators. He constantly is thinking of new materials and applications and he drives very hard in each endeavor until he delivers a unique material that someone can use," Weihs said.

After some work with Barbee at the Laboratory on developing multilayers for foils for joining, Weihs moved to Johns Hopkins University, established commercial viability for several joining applications and founded a company – Reactive NanoTechnologies – to commercialize the foils.

His company was sold to another firm, but the multilayers are still used for joining – to bond temperature sensitive microelectronic components and to bond larger sputter targets to copper or brass backing plates for use in integrated circuit manufacturing.

One example of Barbee’s multilayer material combinations involves a sheet that is about 110 microns thick, or about one-and-one-half times the diameter of a human hair. It is composed of 5,500 individual layers: 2,750 layers of copper and 2,750 layers of an alloy of copper and zirconium. Even though the zirconium is only about 3 percent of the total material – and is deposited in layers one-eighth as thick as the copper-only layers – its presence drastically alters the mechanical properties of copper. Barbee believes the material could be a substitute for copper-beryllium alloys now used in springs and tools.

One of the top honors of his career came in 2000 when Nobel Laureate Kai Siegbahn nominated him for membership in the Royal Academy of Arts and Sciences of Uppsala University, to which he was elected. The oldest royal academy in Sweden, the Uppsala academy has a membership limited to 50 Swedish citizens and 100 foreign members.

Barbee has four sons, Troy Walter Barbee III, a former Lab employee who now works for Sunnyvale-based Synopsis; Michael Graham Barbee, who operates a sports fishing business in Mexico; Christopher Allen Barbee, a mechanical engineer; and an adopted son, Jacob Bowland, a sheriff in South Carolina; along with one daughter, Rebecca Ann Barbee, who is the marketing and operations manager at the Palo Alto Art Center. 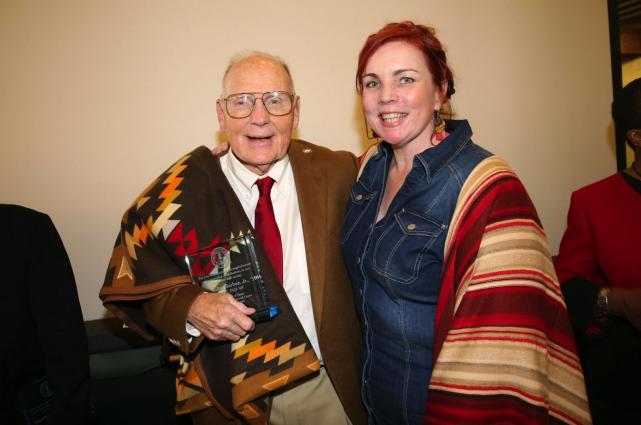