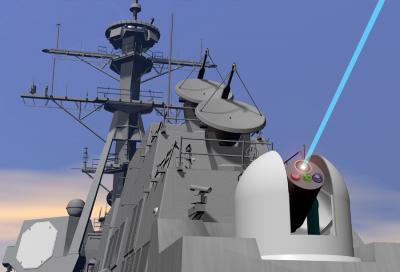 A prototype laser weapon mounted on a battleship.

Not quite a phaser

Long a staple of science fiction, laser weapons are edging closer to the battlefield.

Though many advances have been made, a February 2014 poll of U.S. national security specialists found that just one-fifth believed that directed-energy weapon technologies would be mature within a decade.

But Michael Carter, a program manager for photon science at Lawrence Livermore, cautions that today's lasers are a long way from their science-fiction counterparts.

“They're not yet the Star Trek phaser,” he said. “People talk about speed-of-light engagement, but it still takes time to demolish targets. At the most basic level, if you can't see it — if there's too much rain or fog — your laser can't hit it.”

He suggests that the greatest value of the current generation of demonstration systems may be in working out how to handle such broader challenges before better lasers emerge. 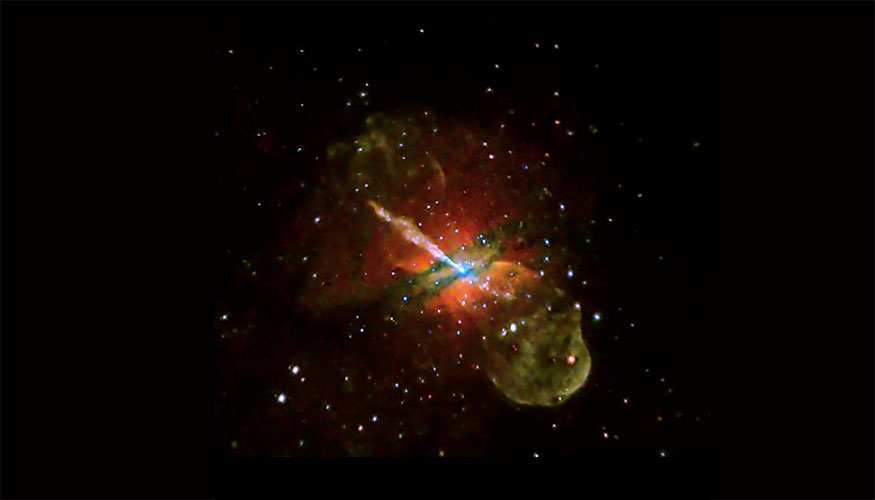 The Centaurus A galaxy, at a distance of about 12 million light years from Earth, contains a gargantuan jet blasting away from a central supermassive black hole. Photo courtesy NASA/CXC/U. Birmingham/M. Burke, et al.

Copycatting gamma-ray bursts in the lab

Positrons, or “anti-electrons,” are anti-particles with the same mass as an electron but with opposite charge. The generation of energetic electron-positron pairs is common in extreme astrophysical environments associated with the rapid collapse of stars and formation of black holes. These pairs eventually radiate their energy, producing extremely bright bursts of gamma rays. Gamma-ray bursts (GRBs) are the brightest electromagnetic events known to occur in the universe and can last from ten milliseconds to several minutes. The mechanism of how these GRBs are produced is still a mystery. 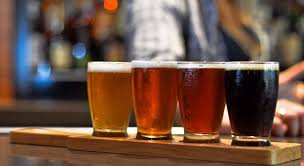 PCR on the go

Biomedical researchers working in the field spend much of their time outdoors, and they need their instruments with them. Now there are new ways for them to apply the polymerase chain reaction (PCR) even when there are no classic lab benches or electrical outlets nearby.

They need mobile PCR approaches because samples can degrade on the trip from a remote location back to the lab.

Faster PCR analyses also are beneficial for forensics applications and investigating suspected acts of bioterrorism. At Lawrence Livermore's Center for Micro- and Nanotechnology, microfluidics engineer Reginald Beer and his colleagues have developed a PCR thermal cycling method intended for especially fast use in the field. 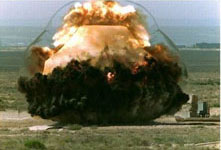 Lawrence Livermore researchers have come up with a new technique to compute the energy yield of an explosion just below or above ground using seismic signals).

Disaster investigators and emergency personnel may find themselves better able to assess and respond to terrorist attacks and industrial accidents with the aid of a new computational tool that determines the energy from explosions near the Earth’s surface.

Computing the energy yield of an explosion just below, at, or above the ground poses difficult challenges, while deep-underground blasts are more readily evaluated. The new capability could help investigators figure out what types of explosives were used in such near-surface detonations and how much damage was done to structures, said Michael Pasyanos of Lawrence Livermore National Laboratory, leader of the team that came up with the technique. 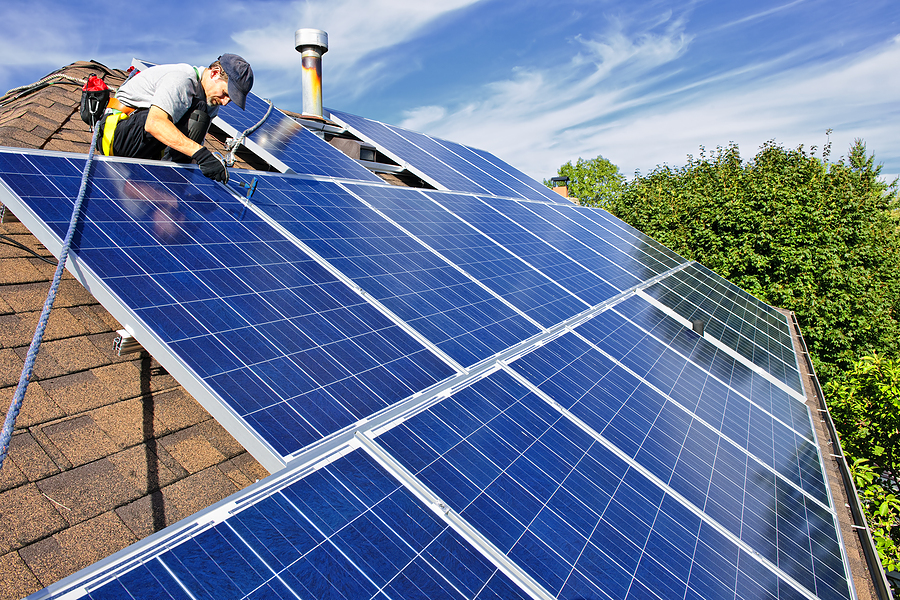 Solar energy use jumped dramatically by 33 percent in 2014, in part because of unprecedented solar industry expansion coupled to low global prices for panels.

Americans' energy use continued to grow slowly in 2014, fueled by increases in the use of natural gas, wind and solar, according to the most recent energy flow charts released by Lawrence Livermore.

Each year, the Laboratory releases charts that illustrate the nation's consumption and use of energy. Overall, Americans used 0.9 quadrillion (quads) British thermal units (BTUs) more in 2014 than the previous year, an increase of about 1 percent.

Solar energy use jumped dramatically by 33 percent from .32 quadrillion BTUs, or quads, in 2013 to .427 quads in 2014. Lawrence Livermore energy group leader A.J. Simon attributes the change to an unprecedented solar industry expansion coupled to low global prices for panels and innovative financing for homes and businesses. Both utility-scale solar (which feeds the power grid directly) and rooftop solar experienced rapid growth.