Through the public-private consortium CalCharge, energy storage companies will soon have unprecedented and streamlined access to three U.S. Department of Energy national labs in the Bay Area, including Lawrence Livermore — giving them a major competitive advantage in the fast-growing battery industry. 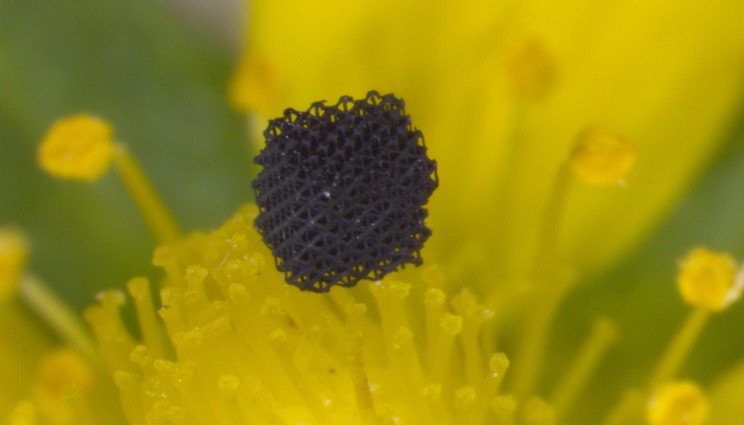 Lawrence Livermore researchers have made graphene aerogel microlattices with an engineered architecture via a 3D printing technique known as direct ink writing. Illustratiion by Ryan Chen/LLNL

Qmed and Medical Product Manufacturing News selected Lawrence Livermore’s graphene electrical ink innovation in a roundup of "The Most Impressive Technologies of 2015.”

Readers will select a No. 1 technology in a March Madness-style round of votes. The winner will be selected for having the most profound effect on medical technology in coming years. The first round starts out with eight technologies facing off in four matchups. 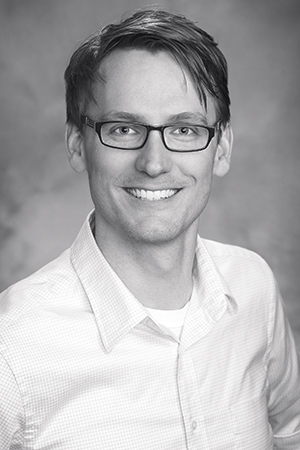 Clearing the air on clouds

Scientists are beginning to put together a picture of how clouds behave in a warming world.

To describe the fingerprints that human-induced climate change may leave on clouds, cloud scientist Mark Zelinka and his colleagues at Lawrence Livermore have identified three well-understood physical processes that most climate models incorporate, despite their large variability in simulating clouds.

Warmer air holds more water vapor. So in the absence of other changes, global warming will likely make wet regions, including the tropics and mid-latitudes, wetter. But because that surplus water must come from somewhere, evaporation will increase in subtropical deserts and other dry areas to fuel distant rainclouds. Cloud cover will reflect these changes, and indeed models predict that, in a rich-get-richer arrangement, increased water vapor may increase cloud cover in already cloudy regions. Finally, scientists check whether observations match simulations. 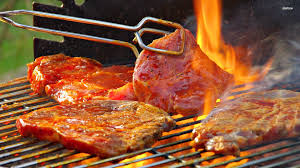 Grilling meat over an open flame can create cancer-causing compounds.

Summer cookout season is in full swing, but more and more consumers seem to be concerned about the carcinogens that are created when meat is grilled or otherwise cooked over high heat.

For the past few decades, though, scientists at the Lawrence Livermore and other research facilities have studied the creation of mutagenic compounds in foods, including heterocyclic amines (HCAs) and polycyclic aromatic hydrocarbons (PAHs). These chemicals are naturally formed, explains the National Cancer Institute, “when muscle meat, including beef, pork, fish or poultry, is cooked using high-temperature methods, such as pan frying or grilling directly over an open flame. HCAs are formed when amino acids (the building blocks of proteins), sugars and creatine (a substance found in muscle) react at high temperatures. PAHs are formed when fat and juices from meat grilled directly over an open fire drip onto the fire, causing flames. These flames contain PAHs that then adhere to the surface of the meat.”

HCAs, which are formed within the meat itself, are more problematic. The formation of both HCAs and PAHs varies depending on the type of food, the cooking method and the degree of doneness.

Ben Santer is steadfast in his work in climate science.

Ben Santer is a Lawrence Livermore atmospheric scientist who wound up on the sharp end of attacks by climate change deniers who ruthlessly — and unsuccessfully — pillaged his research and career.

Despite frequent attempts to get him fired from his position and personal attacks, Santer has remained steadfast and continues to work on climate science.

He recently spoke at the event Confronting Climate Change: Science, Education and Solutions event at the Science Museum of Minnesota.

“The bottom line is I don’t feel like I’m a victim. Some people will try to portray me as some kind of victim of powerful forces of unreason, but I don’t see myself as a victim,” he said. “I have the extraordinary privilege of coming into work every day and learning something about the physical climate system and trying to understand human contributions to historical climate change and what the likely climatic shape of things to come might look like in the 21st century.”