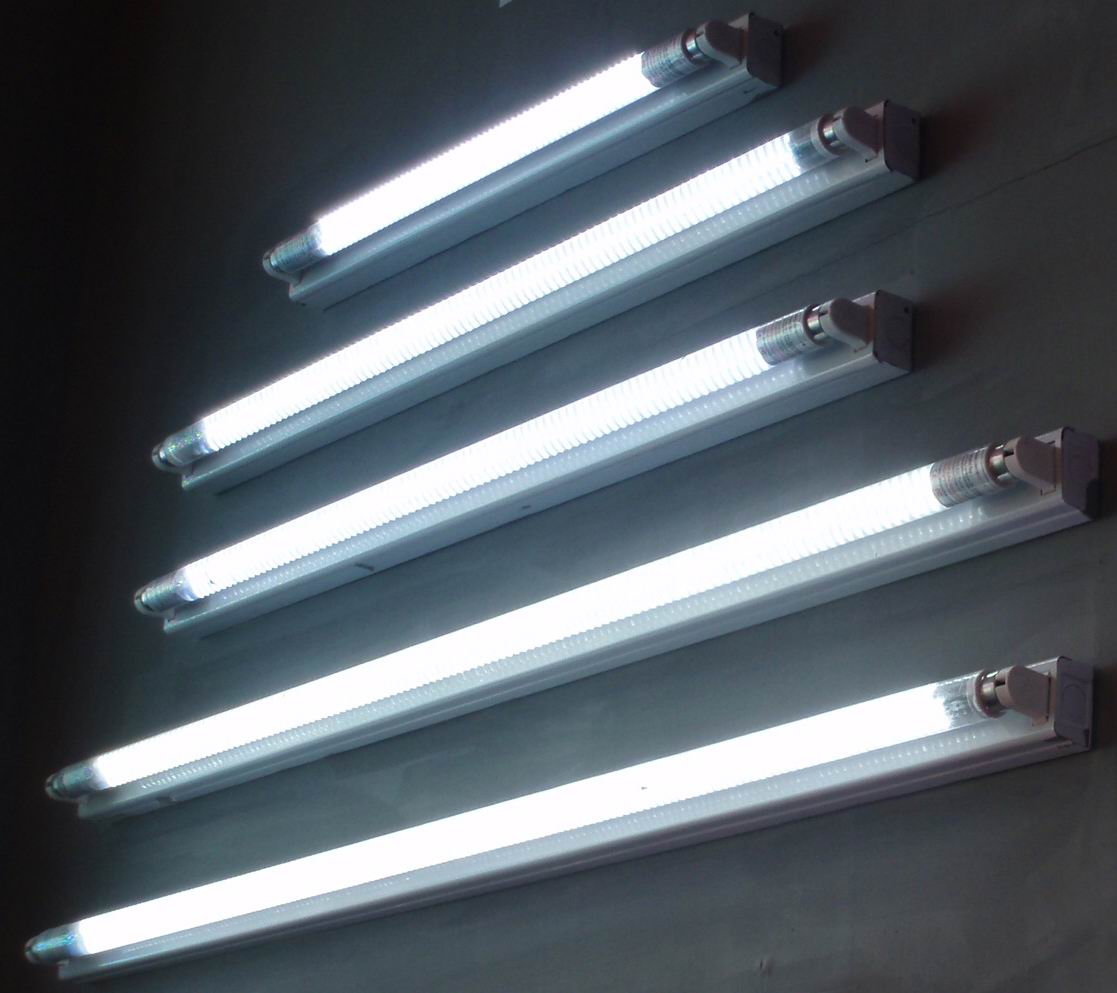 In a new light

Rare earth elements are hard to come by and the United States has access to a limited amount of rare-earth elements and relies on imports. Today the phosphors in fluorescent lighting consume more than 1,000 metric tons of rare earth oxides yearly, including europium (Eu), terbium (Tb), cerium (Ce) and lanthanum (La), as well as even larger amounts of yttrium (Y) oxide.

While LED lighting will likely replace fluorescent tubes eventually, low-cost linear fluorescent lighting is expected to remain a dominant feature in the U.S. infrastructure for more than a decade.

In addition to reducing the use of rare earth elements to produce them, the proposed phosphors appear to be close to meeting stringent requirements of long lamp survivability, high efficiency, precise color rendition and low-cost. 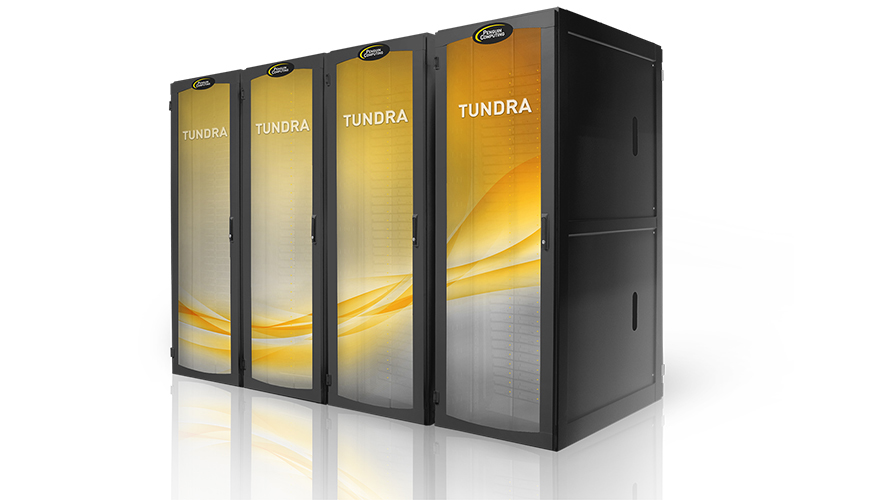 Scalable computing clusters — like the Tundra clusters being procured from Penguin Computing — are designed to be connected like Legos to create more powerful systems.

A boost for computing

Under the terms of the contract, awarded by Lawrence Livermore for the National Nuclear Security Administration’s tri-lab Advanced Simulation and Computing (ASC) program, Penguin Computing will provide more than 7 petaflops (quadrillion floating operations per second) of “capacity” computing capability to Los Alamos, Sandia and Lawrence Livermore national laboratories. These commodity technology systems (CTS) are designed to run a large number of "jobs" simultaneously on a single system.

The clusters will support NNSA’s Life Extension Program and investigations into technical issues related to aging weapons systems, efforts critical to ensuring the safety security and reliability of the nuclear weapons in the stockpile as they age well beyond their intended deployment life. 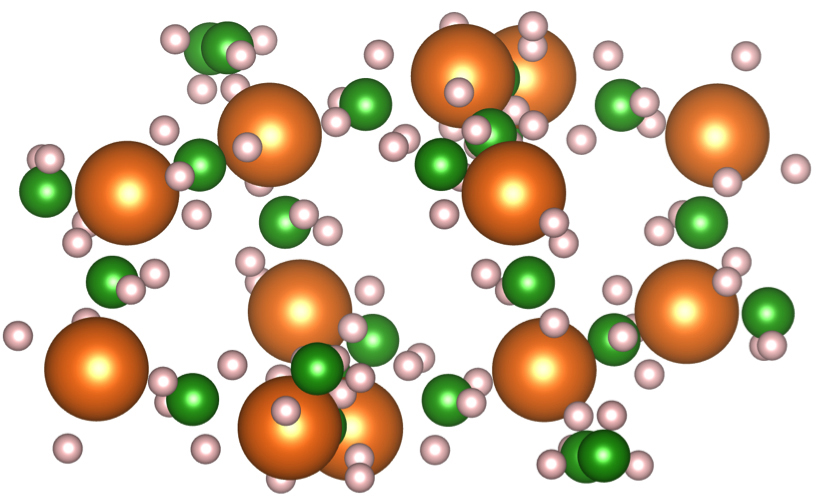 Using a material dubbed “liquid smoke,” Lawrence Livermore researchers are investigating whether graphene aerogel could be used to store hydrogen in a solid form.

Storage of hydrogen onboard vehicles is one of the critical enabling technologies for hydrogen-fueled transportation systems that can reduce oil dependency and mitigate the long-term effects of fossil fuels on climate change.

Graphene aerogel is  one of the materials the LLNL group will investigate for hydrogen storage. 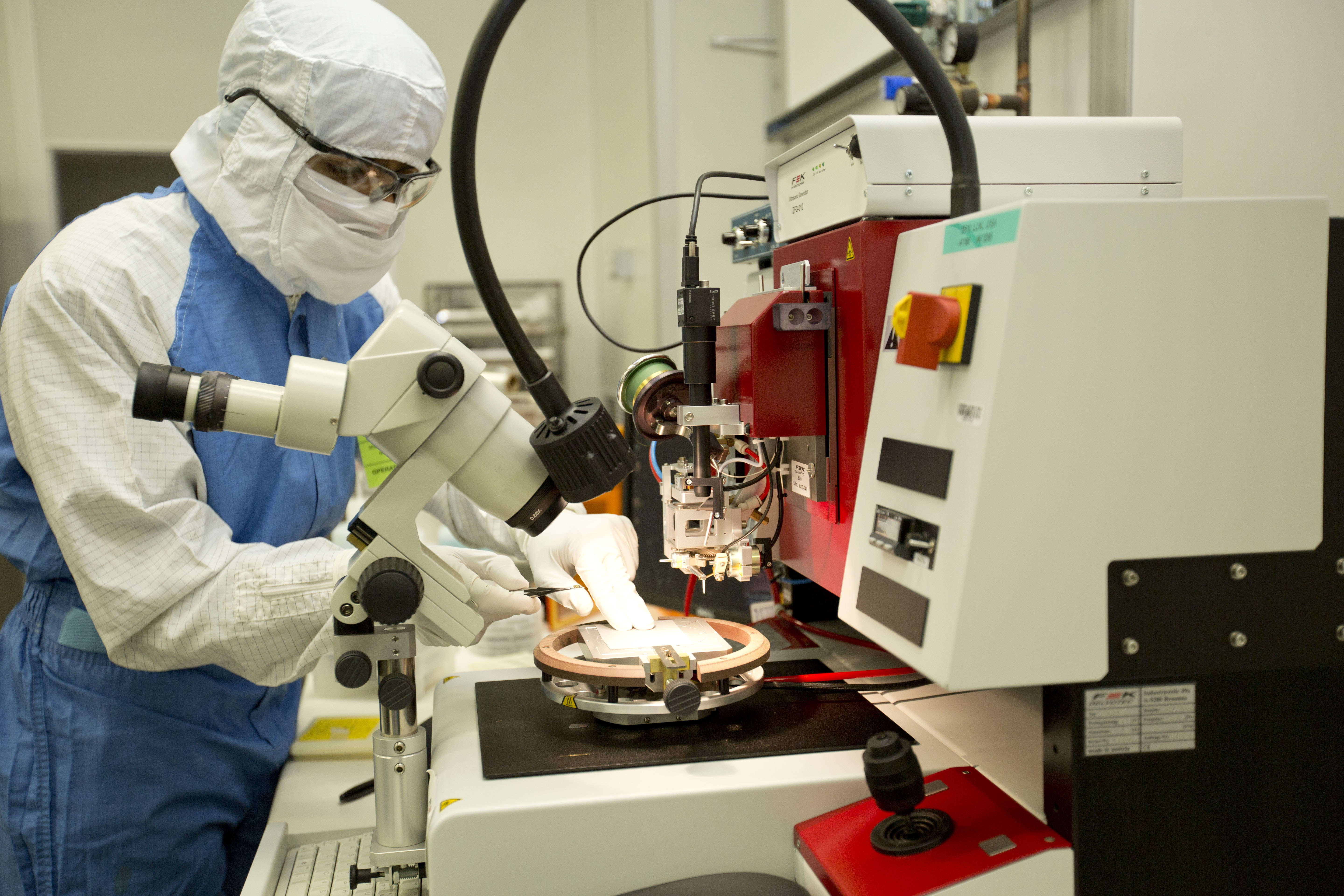 Lawrence Livermore National Laboratory engineer Kedar Shah works on a neural device at the Lab's Center for Micro- and Nanotechnology.

An array of hope for PTSD patients

In clinical tests on some of the new technologies, researchers at the University of California, San Francisco recently placed arrays on the brains of seven patients and then provided electrical impulses to a specific neuronal region. The clinical tests showed that the patients’ anxiety levels were reduced. 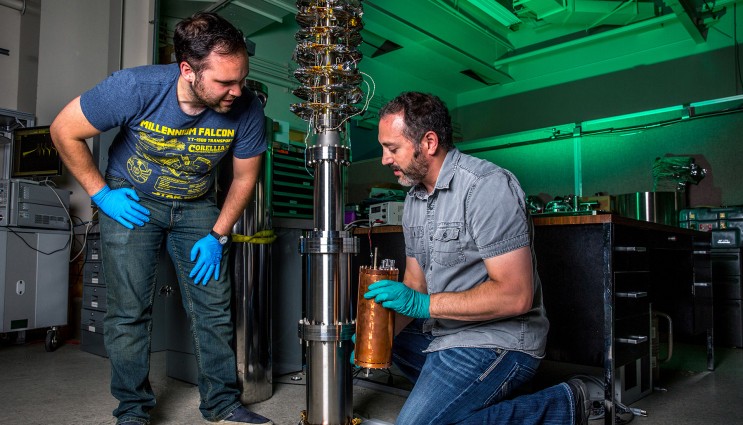 Observations have provided hints that the dark matter around one of the central four merging galaxies is not moving with the galaxy itself.

The search for the invisible

Dark matter is thought to comprise 83 percent of all matter in the universe and, unfortunately for researchers – it is invisible.

New research brings up a new theory that says dark matter used to be highly visible during the hot, early days of the universe. The Lawrence Livermore team found that high-energy particle collider experiments, like those being performed at the Large Hadron Collider in Switzerland, could reveal evidence of dark matter.

Using both theoretical and computational physics methods, the study authors described dark matter as naturally "stealthy" today, but interactions with matter in high-temperature plasma conditions, like those found just after the Big Bang, would reveal this exotic type of matter.

"These interactions in the early universe are important because ordinary and dark matter abundances today are strikingly similar in size, suggesting this occurred because of a balancing act performed between the two before the universe cooled," said study author Pavlos Vranas, an LLNL quantum physicist.