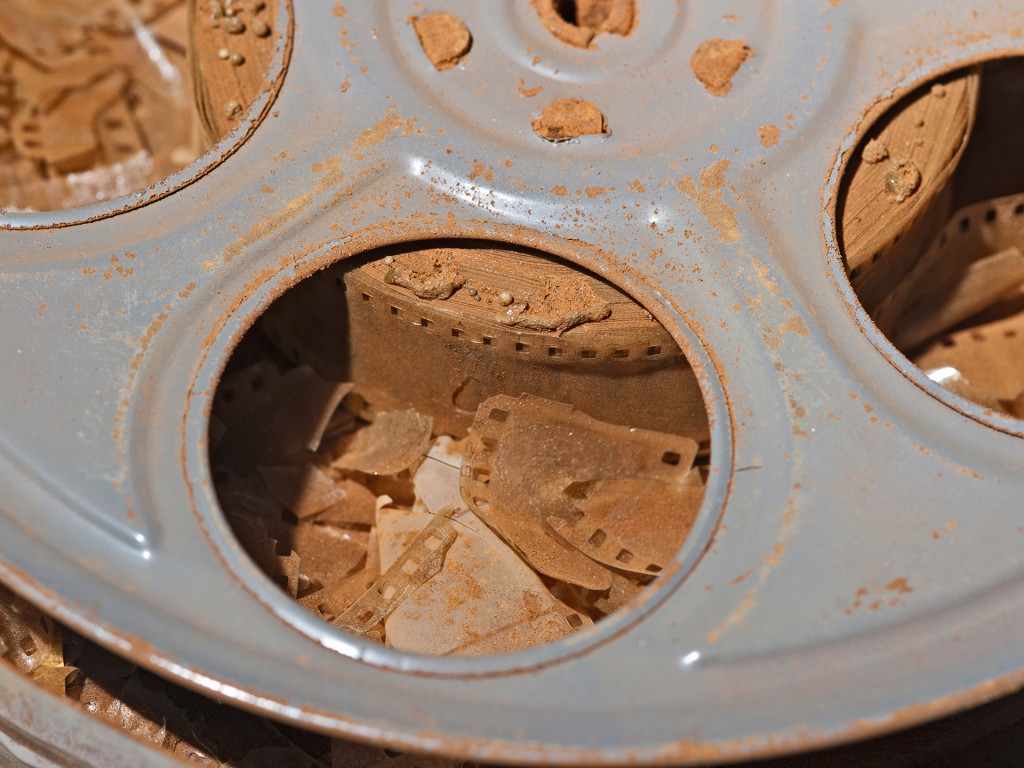 The original film from the Trinity test, the first detonation of a nuclear weapon. The 70-year-old film has already decayed.

When LLNL’s Greg Spriggs was 11 years old, his father, a Navy man stationed on Midway Island, took him out one night to watch a nuclear bomb explode in space. The year was 1962 and the nuclear test was Starfish Prime, the largest in a series of high-altitude detonations. A rocket shot the 1.4 megaton nuclear warhead 250 miles above Earth

Half a century later, Spriggs spends a lot of time watching nuclear bombs explode on film (testing stopped in 1992). On the original film, even. Over the course of more than 200 nuclear tests in the atmosphere, the U.S. government has amassed thousands of films documenting the tests from every which angle and distance.

At Lawrence Livermore, Spriggs has begun a program to restore those films in hopes of wringing every last bit of data out of them. 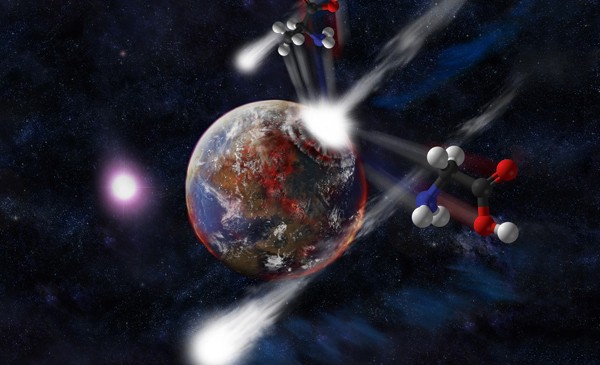 This artist’s illustration shows a planetary scale impact on the moon. Illustration by W.K. Hartmann.

Iron to the core

Violent collisions between the growing Earth and other objects in the solar system generated significant amounts of iron vapor, according to a study by LLNL scientist Richard Kraus and colleagues.

The results show that iron vaporizes easily during impact events, which forces planetary scientists to change how they think about the growth of planets and evolution of our solar system.

Kraus’ research was selected by Discover Magazine as one of the top 100 scientific discoveries of the year. 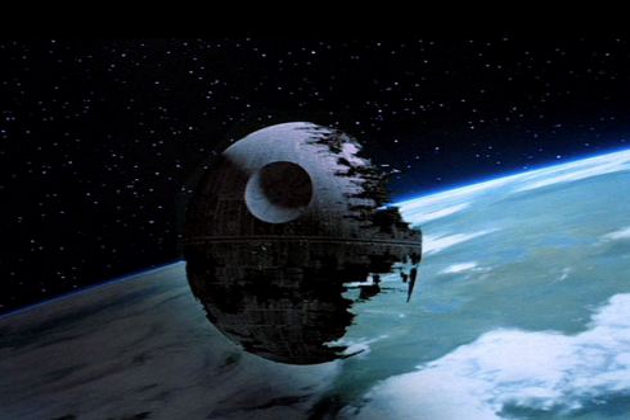 LLNL scientists have hypothesized why the Death Star needs an exhaust port.

Awakening the science behind ‘Star Wars’

With the release of the new “Star Wars : The Force Awakens” movie coming out later this month, a round table of scientists from the Department of Energy are speculating about how energy works in a universe long ago and far, far away.

The discussion ranges from what powers R2-D2 (possibly a nuclear source) to why the Death Star needed an exhaust port (something that large invariably generates heat). The panel debates many points, but they’re unanimous in green or blue lightsabers taking more power than red ones. 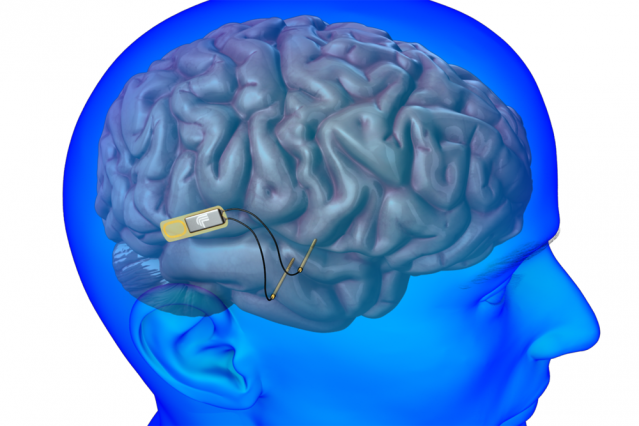 A brain implant, partially built by Lawrence Livermore scientists, will be capable of restoring lost memories.

Research on the brain

The goal of the Restoring Active Memory (RAM) program that is part of President Obama’s BRAIN initiative is to create an implantable neural-interface designed to restore lost memories in those suffering traumatic brain injuries.

Traumatic brain injuries (TBI) affect roughly 1.7 million civilians each year and 270,000 military service members since 2000. Further, TBI has shown to impair one’s ability to recall memories created before suffering the injury while also limiting the capability to form new ones after.

The Defense Advanced Research Projects Agency awarded Lawrence Livermore up to $2.5 million to develop an implantable neural device with the ability to record and stimulate neurons within the brain to help restore memory. 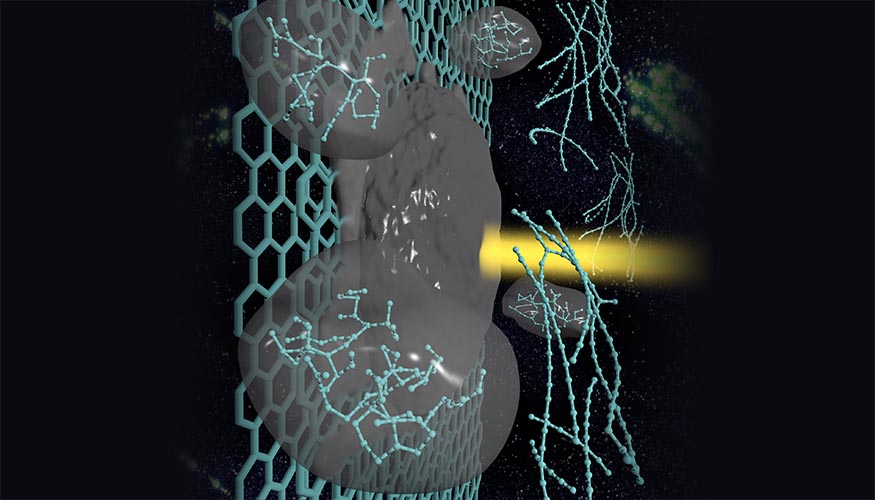 A carbyne strand forms in laser-melted graphite. Carbyne is found in astrophysical bodies and has the potential to be used in nanoelectronic devices and superhard materials. Image by Liam Krauss/LLNL.

What’s in a name

Researchers at Sun Yat-sen University have created interesting carbonaceous crystals and what they are calling it, carbyne, has some outside scientists scratching their heads.

Carbyne is a one-dimensional string of carbon atoms, or a crystallized collection of these strings. But that definition permits enough semantic uncertainty and scientific ambiguity to allow for contention. Computational studies suggest that the material would be incredibly strong and that its electronic band gap could be tuned by bending or compressing it.

“What’s neat about this study, from my perspective, is it confirms that laser heating provides a mechanism for forming these structures,” said Nir Goldman, a physical chemist at Lawrence Livermore, who was not involved in the study.

Goldman recently performed computer simulations that demonstrated bombarding graphite with laser light also could create carbyne fibers. The thermodynamic conditions he observed in his study are likely similar to what the Sun Yat-sen University group created in the lab, Goldman said. 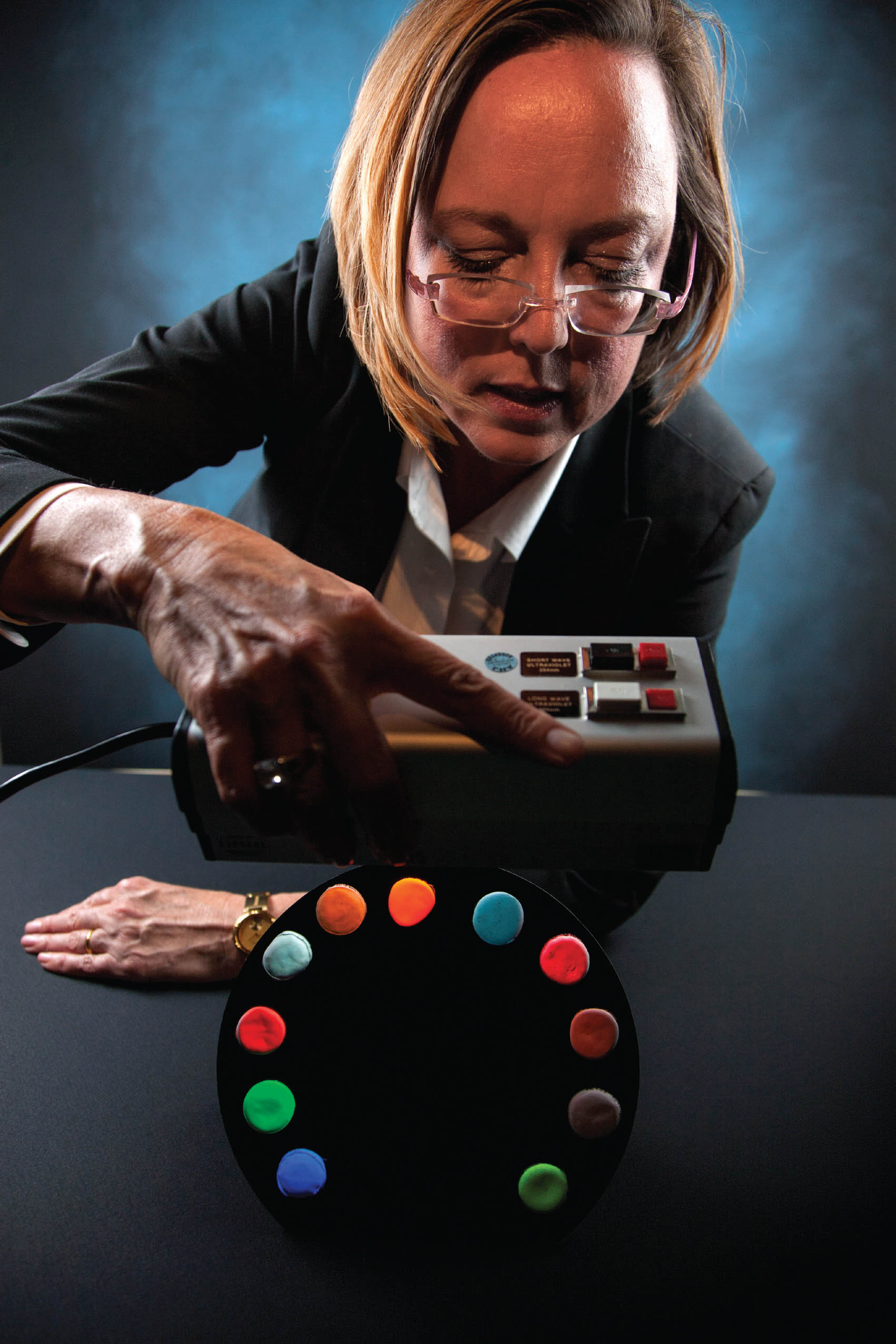 Nerine Cherepy of Lawrence Livermore displays commercial phosphors (six samples from bottom left of semi-circle) and phosphors being developed by LLNL and collaborators as replacements (five on right).

In order to eliminate the need for rare earth metals in the manufacturing process of fluorescent lighting, a team of researchers from General Electric, Lawrence Livermore and Oak Ridge National Laboratory teamed up with the Critical Materials Institute (CMI) at Ames Laboratory to create an alternating phosphor that will dramatically reduce or eliminate the use of the rare earth metals.