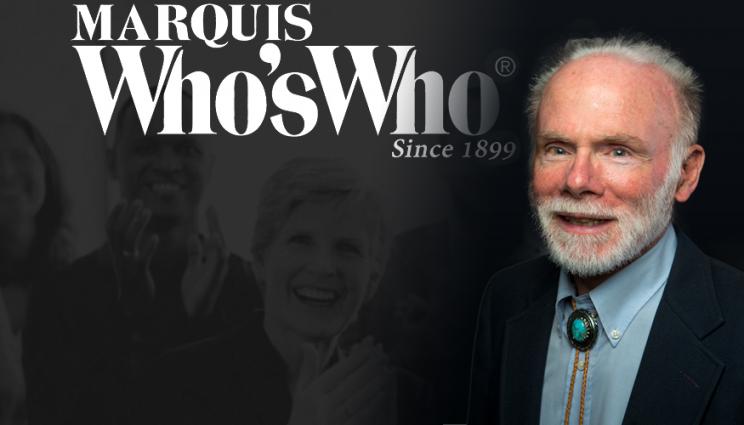 Charles Orth, who has served as a physicist with Lawrence Livermore NationaI Laboratory (LLNL) for more than 40 years, was presented with the 2017 Albert Nelson Marquis Lifetime Achievement Award by the publication Marquis Who’s Who. Marquis Who’s Who is a directory of short biographies of notable figures, and the publication bestows their Lifetime Achievement Award on a biographee who has demonstrated "leadership, excellence and longevity within their industry and profession."

Orth has been a physicist at LLNL since 1978 and has been involved in research on many topics, including the negative search for quarks, high altitude cosmic-ray spectrometry, Monte Carlo nuclear electromagnetic cascade calculations and real-time corrected telescope images. In his time at LLNL, he has performed extensive and formative work in the National Ignition Facility (NIF) program areas, including designing inertial confinement fusion chambers, targets and lasers, as well as developing computer optimization software. Orth also was directly involved with the joint LLNL and NASA project to conceptualize the VISTA spacecraft, a rocket design that could be powered by Inertial Confinement Fusion (ICF).

On receiving the Award, Orth said: "I feel great joy and honor to be recognized. Of course, many people contribute to progress at LLNL, but I was especially pleased to receive this award after Marquis learned of my most recent article’s publication in the Physics of Plasmas, which offers a potential new approach to the pursuit of fusion ignition at the NIF. I hope this award brings light to the work that we’re all doing here at the Lab to keep testing such innovative ideas, because it is often through the pursuit of unprecedented approaches that science is advanced."