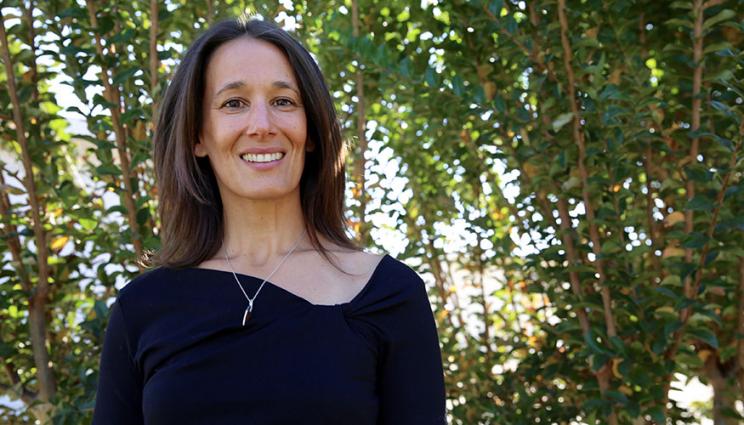 LLNL’s Félicie Albert was awarded the 2017 Edouard Fabre Prize for her contributions to the physics of laser-driven inertial confinement fusion and laser-produced plasmas. Photos by Maren Hunsberger/LLNL.

Lawrence Livermore National Laboratory’s Félicie Albert was awarded the 2017 Edouard Fabre Prize for her contributions to the physics of laser-driven inertial confinement fusion (ICF) and laser-produced plasmas. Albert, an experimental plasma physicist at the National Ignition Facility (NIF), shares this year’s award with collaborator Alexis Casner, who is a research director of the French Alternative Energies and Atomic Energy Commission. The Edouard Fabre prize is named for one of the founders of ICF in Europe, and is awarded to active researchers within 15 years of their doctoral degree.

Albert earned her Ph.D. in physics from the École Polytechnique in France in 2007 and became a postdoctoral researcher at the Lab in 2008. She joined the full-time technical staff in 2010, and in that time she has worked on the Laboratory's laser-Compton light source technology, and she conducts her current research at the Lab's Jupiter Laser Facility, NIF and SLAC's Linac Coherent Light Source.

"This award recognizes my current areas of focus, which include experiments to develop new types of radiation sources. This has applications in high-energy density science, nuclear physics and a number of other fields," said Albert of the award. "It’s all work that I have done for Lab programs, and for that I really owe a lot to the institutional support I’ve gotten from the Lab, especially the LDRD program. It’s also work that I do as part of my Department of Energy Early Career Research Program funding, as well as with the support of the DOE Office of Fusion Energy Sciences."

The Fabre Prize is the second award of the year for Albert, who is an expert in ultrafast X-ray sources and laser-plasma interactions. Earlier this year, she received the 2017 Katherine E. Weimer Award from the American Physical Society Division of Plasma Physics. Albert also was selected as an American Physical Society Outstanding Referee in 2015. 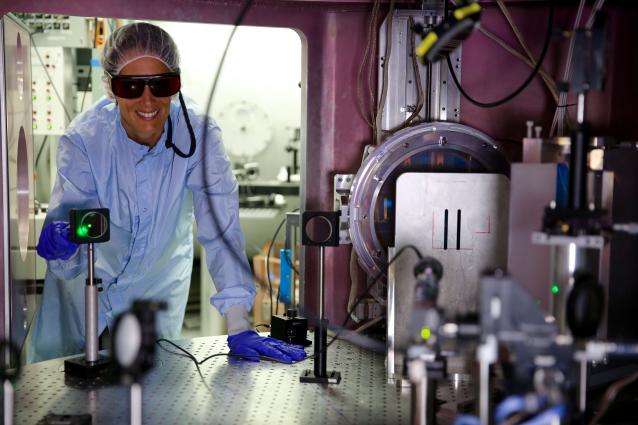 "We never do these things by ourselves. It’s a lot of teamwork. I think without my team and the amazing support here at the Lab, I never could have gotten any of these awards," Albert said. "A lot of these experiments have been very difficult. Some of them haven’t always worked the first time around. I was very fortunate to have colleagues and mentors who believed in this work and believed in me enough for us to see some very exciting results and advances."

Sponsored by the European Cooperation in Science and Technology Network for Inertial Confinement Fusion, the Fabre Prize was presented during the 10th International Conference on Inertial Fusion Sciences and Applications (IFSA 2017), held in September in Saint-Malo, France. Said Albert: "I am French myself, and the prize is named after the French physicist Edouard Fabre, who founded one of the labs that I worked in as a graduate student at the École Polytechnique. It was already such an honor to receive the award, but on top of that I got to speak about my work and accept this award in front of not only many of my current colleagues from LLNL, but also many of my former colleagues and teachers -- so this was very special".

John Moody is Albert’s group leader within the NIF program and nominated her for the award. "She really inspires people to excellence, and she just has incredible perseverance," Moody said. "She takes on challenging projects, and other people look at her work and say, ‘I want to be part of that.’ She’s a leader in that way, showing people how to tackle difficult, challenging problems, and she invites people to go on that journey with her. Early career scientists look to her and learn from her, and she has a very broad sphere of influence here, both scientifically and as a mentor."