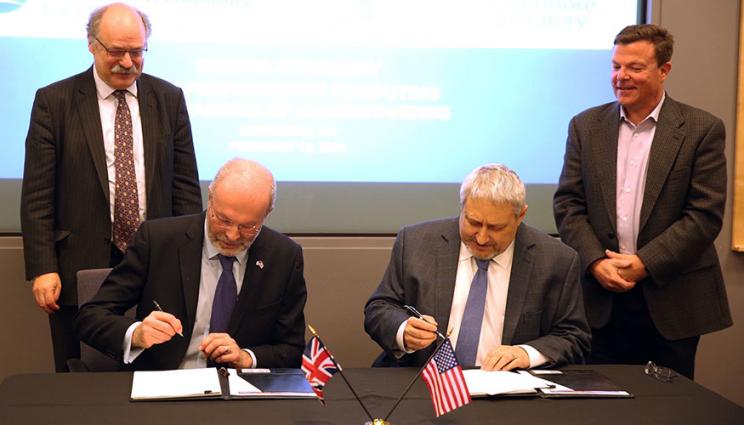 Last week, the two organizations met with representatives from the Department of Energy at DOE headquarters in Washington, D.C. to discuss expanding cooperative research in a variety of areas, including the science of fusion, high energy density science and lasers. Following this event, the participants reconvened at LLNL for further discussion.

The two-day visit included presentations and posters from both LLNL and OU representatives on four key topics, plus several Laboratory facility tours and a ribbon cutting for the newly established Osaka University office space in the NIF User Office, as a symbol of the growing relationship between the two organizations. 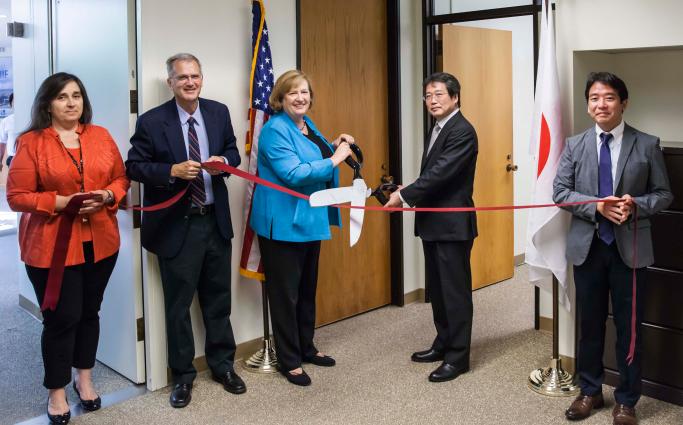