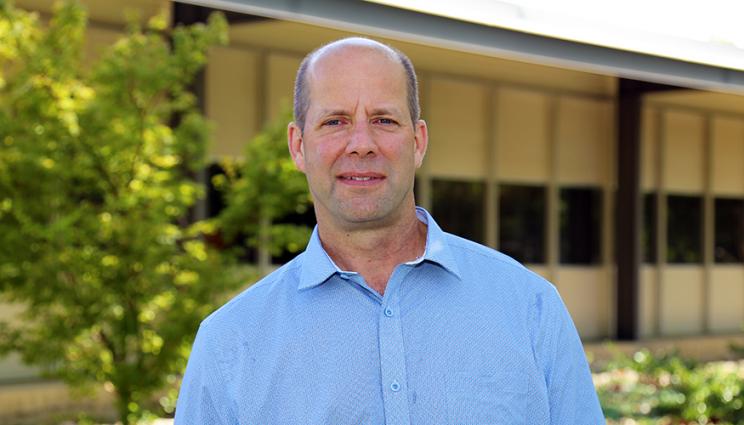 Gregg Cox, who has served with the FBI since 1991, has been named the new Security Organization director for Lawrence Livermore National Laboratory.

Gregg Cox, who has served with the FBI since 1991, has been named the new Security Organization director for Lawrence Livermore National Laboratory (LLNL). Lab Director Bill Goldstein made the announcement Thursday; the position is effective Sept. 3.

"I am confident Gregg will provide outstanding leadership to the Security Organization as a member of the Laboratory’s senior management team," Goldstein said. "His broad security background and expertise will be extremely valuable, and we look forward to working with him as he continues to champion and shape the security posture of the Laboratory."

Since joining the FBI Cox has served in various international counterterrorism/counterintelligence positions, including special agent in charge of the Counterintelligence Division at the Washington Field Office and as a member of the International Terrorism Operations Section in the Counterterrorism Division at FBI headquarters, where he managed al Qaeda and Osama bin Laden-related investigations.Cox also served as the legal attaché to Copenhagen, Denmark, where he worked to enhance the relationship between the FBI and foreign partners in five countries on counterterrorism issues, cyber matters and international organized crime. He also serves as the FBI representative on policy and operations to U.S. government leadership.

Cox replaces John Lewis, who will retire from the Lab Aug. 1, after 10 years as director of the Security Organization. Lewis had served 30 years with the FBI before joining the Lab. He was instrumental in shaping the security posture of the Laboratory while leading the Security Organization through many wide-ranging challenges, assuring expanded program needs and increased mission demands were met.

Michele Bergman, deputy director of Security, will serve as acting director until Sept. 2.