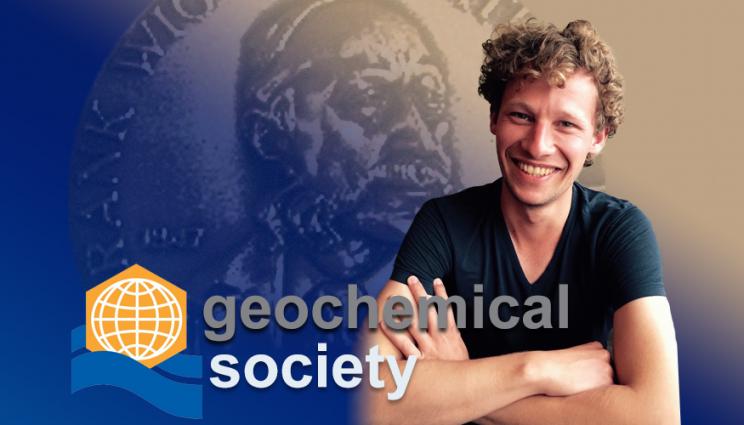 Lawrence Livermore National Laboratory geochemist Thomas Kruijer has won the F.W. Clarke Award from the Geochemical Society. The recognition honors his work on the hafnium–tungsten isotope chronometer, which has profound implications for the origin and evolution of the solar system.

Lawrence Livermore National Laboratory (LLNL) geochemist Thomas Kruijer has won the F.W. Clarke Award from the Geochemical Society. The award honors a single outstanding contribution to geochemistry or cosmochemistry, published by an early career scientist as a single paper or a series of papers on a single topic.

Kruijer was honored for his work on the hafnium–tungsten isotope chronometer because it has profound implications for the origin and evolution of the solar system. Kruijer determined when planetesimals (small bodies that formed before the larger planets in the solar system) solidified during the initial stages of planetary accretion, when Jupiter likely formed, as well as when and how the moon formed following a giant impact on the proto-Earth.

Kruijer, a geochemist and cosmochemist, was nominated by LLNL’s Lars Borg and Thorsten Kleine at the University of Münster. "This is a very big deal in the field of geochemistry," Borg said.

"I feel very honored and happy about winning the 2019 F.W. Clarke Award. It came as a complete surprise when I received the phone call," Kruijer said.

In 2017, Kruijer, as part of an international group of scientists, determined that Jupiter is the oldest planet in our solar system. By looking at tungsten and molybdenum isotopes in iron meteorites, the team found that meteorites stem from two genetically distinct nebular reservoirs that coexisted but remained separated between 1 million and 3-4 million years after the solar system formed. Knowing the age of Jupiter is key to understanding how the solar system evolved toward its present-day architecture.

"I hope to continue similar research in cosmochemistry in the coming years," Kruijer said. "In particular, I hope to further integrate findings based on isotopic analyses of meteorites with astrophysical models for the large-scale evolution and dynamics of the early solar system."

Kruijer’s previous honors include the ETH Silver Medal as a distinction of his doctoral thesis at ETH Zürich, Switzerland in 2014 and the Escher prize from the Royal Geological and Mining Society of the Netherlands in 2010.

Eligibility for the 2019 Clarke award is met if the candidate is born on/after Jan. 1, 1984 or has received a Ph.D. on or after Jan 1, 2013. F.W. Clarke was a chemist who determined the composition of the Earth's crust. He has been called the Father of Geochemistry.

The award consists of an engraved silver medal, an honorarium and a certificate. Kruijer will receive the medal and present the award talk at the Goldschmidt Conference in Barcelona this summer.