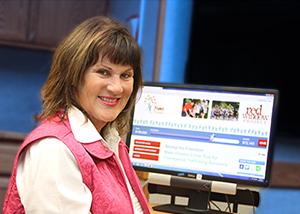 In an effort to fight child-trafficking , Lawrence Livermore employee Beth McCormick helps raise money that is donated to the Red Window Project, an organization that assists 200 young girls in the Philippines, providing rescued girls with an education, career training, housing and counseling. Photo by Julie Russell/LLNL 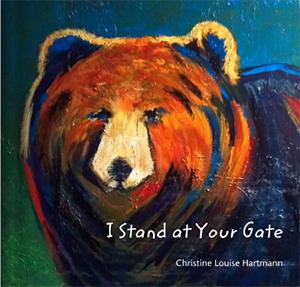 Stephen Wampler, wampler1 [at] llnl.gov, 925-423-3107
Editor's Note: This is one in a series of articles about Lawrence Livermore National Laboratory employees who volunteer for various non-profit agencies. This is just a sampling.

When many Americans consider the stark reality of child-trafficking, they often think of faraway places -- Thailand, the Philippines or other nations.

It often doesn't register with them that child-trafficking also is a problem in the United States.

The Federal Bureau of Investigation's website offers an eye-opening reality check: "It's sad but true: here in this country, people are being bought, sold and smuggled like modern-day slaves."

Several metropolitan areas in the United States are viewed as major centers of child-trafficking, including Phoenix, Atlanta, Los Angeles and in Northern California, Oakland.

Beth McCormick, the diversity manager for the Laboratory's Strategic Human Resources Management Directorate, recalls being shocked by a presentation she attended two years ago.

"I heard a talk from the founder of International Justice Mission (IJM) about child trafficking and he said that there are an estimated 27 million slaves in the world today. Of that total, nearly two million children are exploited each year in the global commercial sex trade, according to UNICEF. More children, women and men are held in slavery right now than over the course of the entire trans-Atlantic slave trade," McCormick said.

"I started giving money to IJM, but I wanted to do more. I then learned that there are many smaller, grass-roots organizations involved in the recovery efforts for children rescued from trafficking and sex slavery."

Through a friend, McCormick met the director of the Red Window Project, which assists 200 young girls in the Philippines, providing rescued girls with an education, career training, housing and counseling. This year, the Red Window Project has become a Helping Others More Effectively (HOME) agency.

"This effort is an innovative program that has proven to be a life-changer for many young women," she said.

Earlier this year, with the help of friends, a local church and the Livermore community, McCormick led a three-month fundraising campaign called "Stomp for Freedom" that started in June and culminated in a five-kilometer run/walk Sept. 7 at Shadow Cliffs Regional Park. The campaign also included a "dinner on a farm" fundraiser in Sunol.

To her surprise, McCormick and her team raised more than $70,000 that would be donated to the Red Window Project -- and then on the last day of the campaign the organization received an anonymous donation for $50,000, that ended the campaign with more than $120,000. This money will provide for about one-third of the project's annual budget.

"I was shocked. We had 450 people participate in the campaign, but we estimate that 80 percent of the money was probably raised by only 45 people," McCormick said. "I think the tremendous success of the campaign is due to the fact that people are becoming more aware of the child-trafficking problem and want to help, however they can."

Another Laboratory employee who lent a hand for this year's "Stomp for Freedom" fund-raising drive was Christine Hartmann, the deputy director of the Lab's Interagency Mission Opportunities Office.

"Christine became so passionate about this cause that she used her painting talents to create a book to encourage and help children recovering from child trafficking," McCormick said.

The proceeds from the book -- which can be viewed on the Web -- went to support the Red Window Project. The book is still available for purchase at the website.

In addition to McCormick and Hartmann, another 10-15 Laboratory employees participated in the "Stomp for Freedom" fundraising drive and 5K run to assist the Red Window Project, which is affiliated with Cornerstone Church in Livermore. LLNL graphic artist Kitty Madison designed a T-shirt that was given to all of the 5K runners and walkers.

"Many of the participants in the 5K run took postcards of Christine's art and wrote personal messages of encouragement that were sent to the young girls in the Red Window Project. Every single girl received a card."

For more than 20 years, McCormick said she has had a heart for volunteer work, such as building homes for the poor in Mexico and helping to construct a home for an Inupiat Eskimo family in Alaska.

"I'm at a stage in my life where my kids are grown, I have a job that I like and I have the time to give back to the community," she said. "I'm using some of the skills that I've developed in my job, to recruit people, to create teams and to create common visions."

This coming summer, McCormick and her team plan to "Stomp for Freedom" once more.

They expect to recruit the campaign's previous participants, distribute posters in the community, post on websites and conduct social media marketing, all leading, once again to a 5K run in September -- and more help for young girls who've been rescued from child trafficking.