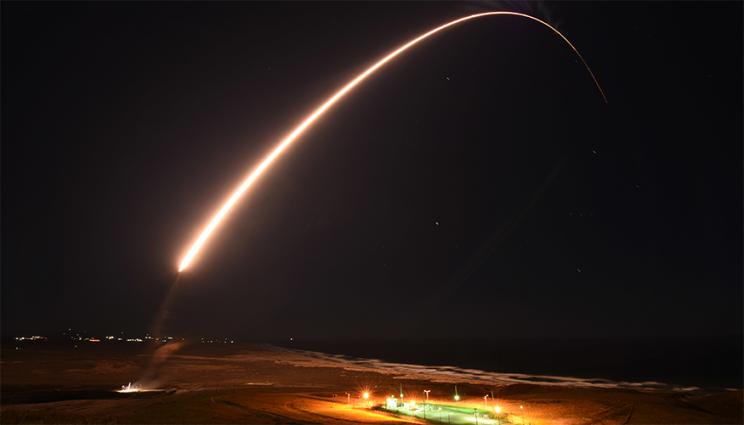 A joint test assembly (JTA) designed by Lawrence Livermore and Sandia national laboratories was recently onboard an unarmed Minuteman III intercontinental ballistic missile (ICBM), which was successfully launched from Vandenberg Air Force Base in California. See the video.

The purpose of the ICBM test launch program is to validate and verify the safety, security, effectiveness and readiness of the weapon system, according to Air Force Global Strike Command.

“LLNL flies JTAs a few times a year and we collect data about system performance as part of the nuclear weapons stockpile stewardship program,” she said. “The data from these flight tests is analyzed by both LLNL and Sandia and incorporated in our respective annual warhead assessments for the W87-0.”

LLNL’s Air Force Reentry Systems Group, commonly known as the AFRS Group, is responsible for overseeing warhead disassembly and inspection of LLNL components, where selected weapons are reconfigured into JTAs and rebuilt to represent the original build to the maximum extent possible. However, all special nuclear material components are replaced with either surrogate material or instrumentation.

Cook said the AFRS Group is committed to ensuring that the W87-0 stockpile is aging appropriately, and that it remains fully qualified and ready when the W87-0 becomes the first warhead fielded on the new Ground Based Strategic Deterrent (GBSD) missile later this decade.