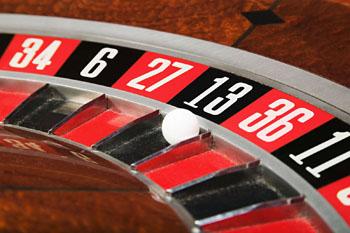 Jerome P. Nilmeier, a biophysicist working in computational biology, is willing to bet his new research will provide a breakthrough in the use of the Monte Carlo probability code in biological simulations.

Working with Gavin E. Crooks at Lawrence Berkeley National Lab, David D. L. Minh at Argonne, and John D. Chodera, from the University of California, Berkeley, Nilmeier has co-authored a paper that introduces a new class of Monte Carlo moves based on nonequilibrium dynamics. The paper appears in the current issue of Proceedings of the National Academy of Sciences.

The Monte Carlo technique harnesses the power of computers to figure out the probable outcomes of equations that have hundreds or thousands of variables. It is a short cut that, instead of giving a definitive answer, gives a probable answer. Random numbers are put into the equation, the outcome is tested, the probability for the different outcomes is determined and then a decision can be made about what is the most likely outcome.

To help explain the impact of the new Monte Carlo technique, Nilmeier uses the example of a chemical compound composed to two identical or similar subunits, what's known as a dimer.

"The dimer model that we studied is a good proxy for a reactive system where molecules are allowed to collide and form new molecules and also to dissociate into free atoms," Nilmeier said. "Using the new technique, we can bias our simulation to sample the collision event more frequently and obtain better statistics. In our paper, we report an order of magnitude improvement, but we can easily imagine systems that would have several orders of magnitude in improvement."

"My colleagues and I were pointed to this new method in 2008. We were all at the annual Berkeley Mini Stat Mech Meeting when we noticed new theorems that could be applied to biology," said Nilmeier. "Following the meeting, we started to work."

Nilmeier currently works on a team led by Carol E. Zhou of the Global Security Computing Applications Division and Felice Lightstone, the group leader of the biosciences and biotechnology division.