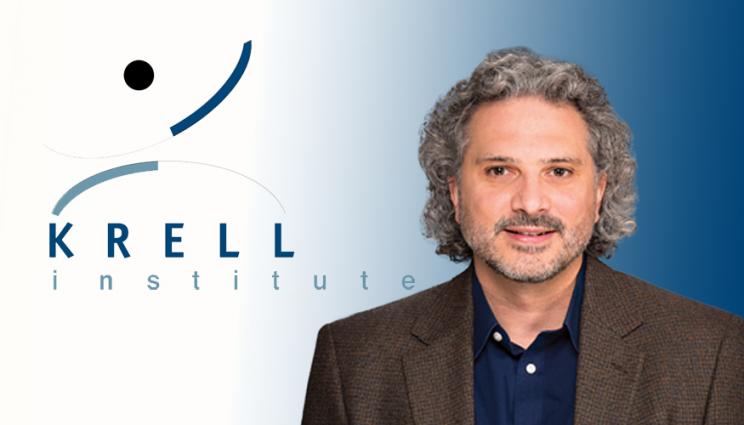 The Krell Institute has honored Lawrence Livermore National computational scientist Jeff Hittinger with its 2021 James Corones Award in Leadership, Community Building and Communication for his work with the Department of Energy’s Computational Science Graduate Fellowship and applied math programs and his mentorship and research activities.

The award, named for the institute’s founder, recognizes mid-career scientists and engineers who are making an impact on their chosen fields and for mentoring young people to be active in the science community and communicate their work. Hittinger is director of LLNL’s Center for Applied Scientific Computing (CASC) division, where he specializes in advanced discretization methods for partial differential equations that underlie multiphysics numerical simulations. He has worked on applications in plasma physics, fluid dynamics and radiation hydrodynamics, devising high-order finite-difference and finite-volume methods, parallel computing strategies and adaptive mesh refinement techniques.

Throughout his career, which began at LLNL in 2000 as a postdoctoral researcher, Hittinger has been a strong advocate for the Department of Energy’s Computational Science Graduate Fellowship (DOE CSGF) Program. A DOE CSGF recipient from 1996 to 2000, Hittinger currently serves on several CSGF committees and as the program’s technical co-principal investigator. The Krell Institute manages the fellowship for DOE.

“Jim (Corones) helped shape the field of computational science as it grew over the last three decades, and I am both honored and a bit overwhelmed to be recognized in his memory,” Hittinger said. “I had the opportunity to work with and learn from him, and it’s with pleasure – and a sense of responsibility – that I am able to continue and to build on his vision for the DOE CSGF program and computational science more broadly.”

An award selection committee made up of representatives from national laboratories, academia and Krell cited Hittinger for his “initiatives to guide the Lab’s applied mathematics and computational science research, especially helping plot the course to exascale computing for the Department of Energy’s applied math program; his service enhancing and supporting the DOE Computational Science Graduate Fellowship community and mentoring young researchers; and his outreach to varied audiences, informing them about and advocating for DOE and LLNL science,” according to Krell.

LLNL Associate Director for Computing Bruce Hendrickson nominated Hittinger for the award based on his active involvement with DOE CSGF, his support for outstanding computational science and for nurturing the next generation of scientists.

“Jeff’s career has exemplified leadership, community building and communication. His professional success is both a part of Jim’s lasting legacy as well as a testament to Jeff’s talents, commitment and character,” Hendrickson wrote in his nomination letter. “He is the epitome of a servant leader.”

In addition to his role leading CASC, Hittinger serves on the Society for Industrial and Applied Mathematics (SIAM) Career Opportunities Committee and the Institute for Pure & Applied Mathematics Science Advisory Board. He is regularly involved in outreach activities for the Computing Directorate and as a speaker in the Ambassador Lecture Series. He is active in the external research community as well, notably serving as co-chair for the 2019 SIAM Computational Science and Engineering conference.

He also shared an LLNL Deputy Director for Science & Technology Excellence in Publication Award in 2009 with colleagues from the Variable Precision Computing Strategic Initiative project that he led. In addition, he was part of a team honored with the Director’s Institutional Operational Excellence Award for Excellent Innovation to Create a “virtual” Summer Student Program (COVID) in 2020.

“We’re thrilled to honor Jeff, the first recipient who knew and worked with Jim Corones,” Krell Institute President Shelly Olsan said. “He has an exceptional record as a scientist, as a leader in the applied mathematics and high-performance computing communities, as a mentor to and advocate for young researchers and as an outstanding communicator. I know Jim would be pleased with this selection.”

Hittinger will receive the engraved award and a $2,000 honorarium later this year, according to the organization.