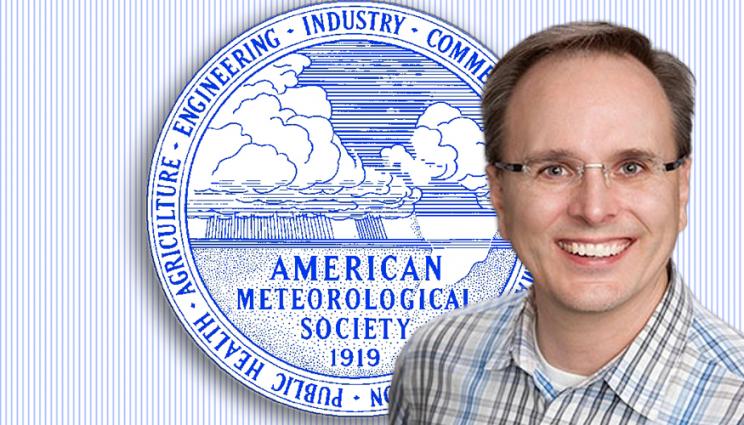 Atmospheric scientist Stephen Klein has been selected as a fellow of the American Meteorological Society.

Atmospheric scientist Stephen Klein has been selected as a fellow of the American Meteorological Society.

The American Meteorological Society (AMS) is the premier scientific and professional organization in the United States promoting and disseminating information about the atmospheric, oceanic and hydrologic sciences. AMS membership numbers 13,000 and is divided roughly evenly among the public, private and academic sectors. There are approximately 700 fellows. To be selected as a fellow, individuals must have made "outstanding contributions to the atmospheric or related oceanic or hydrologic sciences or their applications during a substantial number of years."

Klein has been an atmospheric research scientist for nearly 30 years. He joined Lawrence Livermore National Laboratory (LLNL) in 2004 as a member of the Cloud Processes Research and Modeling Group under the Atmospheric, Earth and Energy Division of the Physical and Life Sciences Directorate. Prior to 2004, he was a research scientist at the National Oceanic and Atmospheric Administration’s Geophysical Fluid Dynamics Laboratory and at the European Centre for Medium Range Weather Forecasts.

One could say that Klein has his head in the clouds, as his research interests include clouds, the role they play in climate change and the representation of clouds in numerical models of the atmosphere.

"Like peeling back layers of an onion, every year there is more to understand from advances in observations and there is more to represent in the ever-improving numerical models," Klein said.

"I feel grateful that my work has been recognized as making a contribution to humans understanding how their planet works and how it can be affected by human activities," Klein said. "Understanding how the planet works is one of the greatest scientific challenges and one with enormous practical applications, and I have been fortunate to devote my working life to its pursuit."

Klein has received several awards throughout the years. In 2013, he earned LLNL’s Physical and Life Sciences Directorate Award as an Outstanding Postdoc Mentor in recognition of exemplary mentoring, coaching and leadership, as well as scientific contributions to the community of climate and atmospheric researchers at LLNL. In 2012, he received the American Geophysical Union "Ascent" Award for mid-career scientists in the fields of atmospheric and climate sciences who have demonstrated excellence in research and leadership in their field. In 2009, he was the recipient of the Department of Energy’s Appreciation Award in recognition of contributions as the leader of the Cloud Modeling Working Group of the Atmospheric Radiation Measurement Program.
Klein received his bachelor’s degree in physics from Oberlin College and his Ph.D. in atmospheric sciences from the University of Washington.

The formal presentation of Klein’s certificate and lapel pin will take place as part of the 100th AMS annual meeting on Jan. 12, 2020 at the Boston Convention and Exhibition Center.