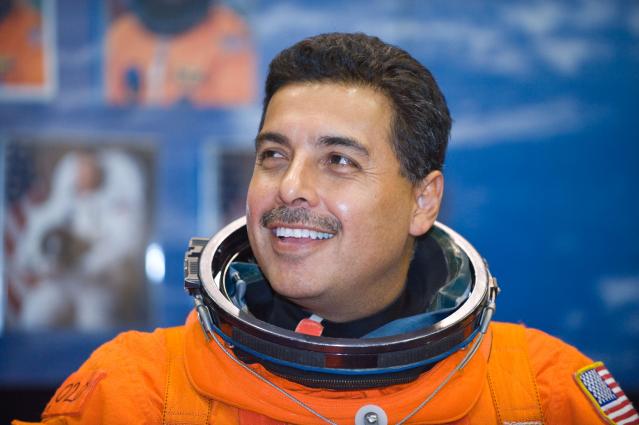 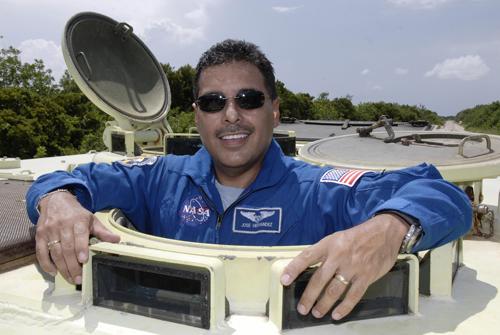 Jose Hernandez to lift off aboard Discovery

Though he has been at NASA since he was accepted into the Astronaut Program in 2004, Hernandez remains a member of LLNL's National Security Engineering Division. Hernandez came to the Lab in 1987 and held a variety of positions. He was part of the team that developed a digital mammography system for the early detection of breast cancer. Later, Hernandez worked in defense applications for lasers and a program assisting with Russian nuclear fuel conversion.

Hernandez, a Mission Specialist-2, will oversee operation of the robotic arm that will transfer scientific equipment and supplies to the space station and will be responsible for suiting up astronauts for the three scheduled space walks.

Hernandez is no stranger to challenging travel assignments, whether job-related or on behalf of a cause. In 1999, Hernandez flew to Honduras in the wake of Hurricane Mitch to personally distribute $3,000 in relief funds raised by LLNL's Amigos Unidos Activity Group. He wanted to ensure that the money raised by Amigos Unidos with the help of Lab employees would directly benefit victims of the hurricane. The journey gave him a first-hand look of the devastation caused by the Category 5 storm's 180 mph winds and torrential rain. The funds went to a project to rebuild the Miramesi neighborhood of the Honduran capital of Tegucigalpa.

Look for additional coverage in Newsline when Discovery returns.