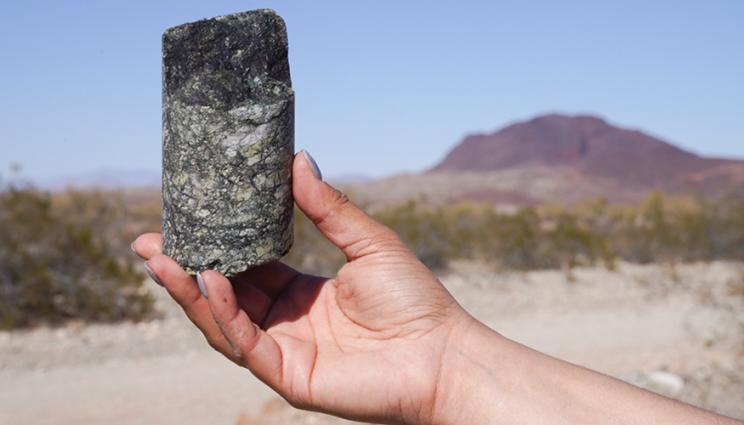 Using naturally occurring and engineered proteins and bacteria, Lawrence Livermore National Laboratory (LLNL) scientists and collaborators will separate and purify rare-earth elements so they can be used in the defense sector.

Under the Defense Advanced Research Projects Agency (DARPA) Environmental Microbes as a BioEngineering Resource (EMBER) program, the team was awarded an initial $4 million in funding R&D in Phase 1 with an option for up to an additional $9 million based on program performance in follow-on phases. The team will leverage advances in microbial and biomolecular engineering to develop a scalable bio-based separation and purification strategy for rare-earth elements (REEs) using under-developed domestic sources. REEs are a set of 17 elements in the periodic table that includes the 15 lanthanides plus scandium and yttrium.

REEs are essential for American competitiveness in a high-tech economy because they are used in many devices important to the clean-energy industry and national security, including computer components, wind turbines, hybrid/electric vehicles, LCD screens and tunable microwave resonators. In the defense sector, they are used for lasers, precision-guided weapons, magnets for motors and other devices.

“To date, the chemical processes required to extract and purify REEs have been complex and harmful to the environment,” said LLNL scientist Yongqin Jiao, principal investigator for the project. “Extracting or recycling REE from new sources, like low-grade ores and tailings, while using natural products could be game-changing for the REE supply chain.”

Although the U.S. has adequate domestic REE resources, its supply chain is vulnerable due to dependence on foreign entities for separation and purification of these elements. “Biomining,” an approach that uses microbes to extract or separate target metals like gold or copper from a variety of sources, is not yet useful for REEs given that a role for REEs in biological processes has only recently been discovered.

In the new project, the LLNL team will leverage the diversity, specificity and customizability of environmental microbiology, synthetic biology and protein engineering to enable new biomining methods for the separation, purification and conversion of REEs into manufacturing-ready forms.

“By cultivating new and translating existing bioengineered REE-converting bacteria and proteins, we will deliver platform biotechnologies for REE separation and purification with high commercialization potential,” said LLNL scientist Dan Park, one of the technical leads for the project.

In addition to exploiting previously identified microbes and proteins that have been tested and used to purify and separate REEs, the team will conduct a bioprospecting campaign to identify new REE-associated microorganisms that exhibit REE-utilization capacity. Results will expand the repertoire of REE-biomining hosts and REE-binding biomolecules.

“If successful, the biomining process developed in this project has the potential to help alleviate REE supply vulnerability by reestablishing a domestic REE supply chain, which is critical for advanced defense and commercial manufacturing processes,” said Shankar Sandaram, the Lab’s program liaison to DARPA.