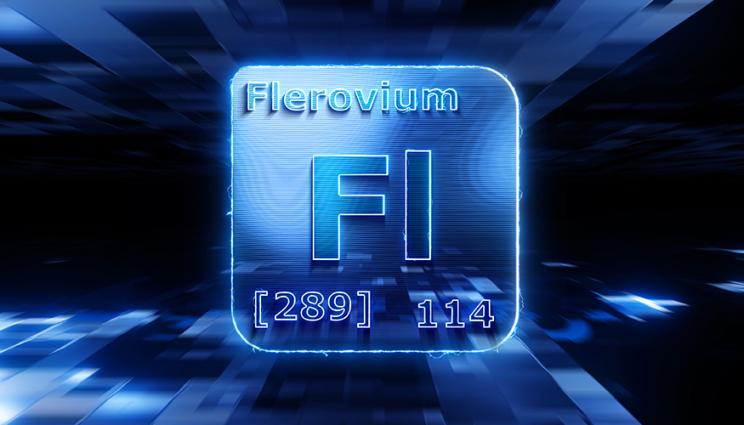 LLNL researchers and an international team have gained new insights into the chemical properties of the superheavy element 114, flerovium.

It could be called better understanding through chemistry. An international research team including Lawrence Livermore National Laboratory (LLNL) scientists has succeeded in gaining new insights into the chemical properties of the superheavy element flerovium — element 114.

In the periodic table, flerovium is placed below the heavy metal lead. However, early predictions had suggested that relativistic effects of the high charge in the nucleus of the superheavy element on its valence electrons would lead to noble gas-like behavior, while more recent ones had rather suggested a weakly metallic behavior.

The new results, published in the journal Frontiers in Chemistry, show that, as expected, flerovium is inert but capable of forming stronger chemical bonds than noble gases, if conditions are suitable. Flerovium is consequently the most volatile metal in the periodic table.

“This new finding shows that a few atoms can already be used to explore the first fundamental chemical properties, giving an indication of how larger quantities of these substances would behave,” said LLNL scientist John Despotopulos, who participated in the experiments and is a co-author of the paper.

Two previously conducted chemistry experiments, one of them at GSI in Darmstadt in 2009, led to contradictory interpretations. While the three atoms observed in the first experiment were used to infer noble gas-like behavior, the data obtained at GSI indicated metallic character based on two atoms. The two experiments were unable to clearly establish the character.

In the new experiments, four trillion calcium-48 ions were accelerated to 10% of the speed of light every second by the GSI linear accelerator and fired at a target containing plutonium-244, resulting in the formation of a few flerovium atoms per day.

From experiments with lead, mercury and radon atoms, which served as representatives of heavy metals, weakly reactive metals as well as noble gases, it was known that lead forms a strong bond with silicon oxide, while mercury reaches the gold detector. Radon even flies over the first part of the gold detector at room temperature and is only partially retained at the lowest temperatures. Flerovium results could be compared with this behavior.

As it turned out, two types of interaction of a flerovium species with the gold surface were observed. The deposition on gold at room temperature indicates the formation of a relatively strong chemical bond, which does not occur in noble gases.

LLNL scientists Dawn Shaughnessy and Ken Moody also contributed to this research. The LLNL portion of the work was funded by the LLNL Laboratory Directed Research and Development program.