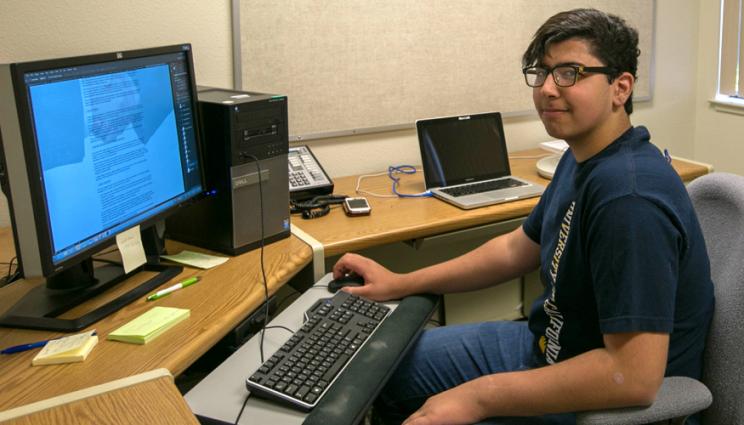 When he returns to school for his senior year at Orion Academy in Moraga, Ibrahim Almaliti will be coming back with a new set of skills that could launch him into a career.

Almaliti, 17, just finished a summer internship at Lawrence Livermore National Laboratory (LLNL), where he learned coding and web design while helping to rework a website for the Industrial Partnerships Office. The internship, which ran from June 6 to July 1, gave him his first full-time work experience and taught him a lot about responsibility.

"It was a lot different than I thought it would be," Almaliti said. "Having to take over this project was really important. It was creative. I had to do my own research and I learned a lot about coding that I never knew before."

Orion Academy is a small private school for students with Asperger’s syndrome, nonverbal learning disorder (NLD), autism and other neurocognitive disorders. This is the third year Orion has sent students to the Lab for the summer, who were selected based on recommendations by the school counselor. 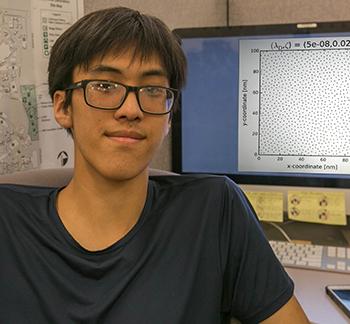 Haesung Becker, also 17, is an accomplished swimmer for the Special Olympics and has had the school’s highest GPA for the past two years. At the Lab, he learned to code in Python, and programmed Monte Carlo simulations.

"It’s nice; it’s just a really solid fundamental thing that could be useful to put on my resume when I apply for a job," Becker said. "I learned a lot."

Becker said he wants to study computer systems and land a job in computer programming, possibly designing video games. His mentor, LLNL postdoctoral researcher Brian Giera, said he gave Becker an introductory packet on programming on his first day to get him started on the project. By the end of the day, Becker had successfully coded a primitive game, so he decided to give him a more challenging project where he would write his own Monte Carlo simulation.

"He asked crucial questions and developed new skills to accomplish this task over the past month," Giera said. "He is a dedicated and persistent learner, which is refreshing to witness in a high school student."

"He had a very professional demeanor," Aburamadan said. "He was always happy and eager to learn. He did a great job with everything he did here. He didn’t take it as a game."

Almaliti said he’s trying to build a portfolio of web design work and has an interest in pursuing particle physics.

"I feel more prepared for the professional environment," Almaliti said. "I wanted to come here and I felt I came here with a purpose. I really enjoyed the fact that I wasn’t just inputting something, I was making it." 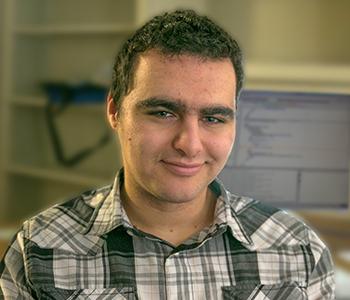