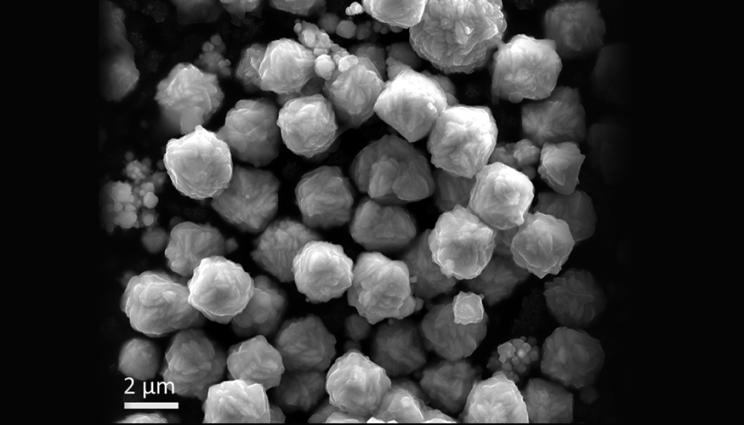 Antibiotics have allowed for the widespread control of bacterial infections, which had been the leading cause of death historically. However, the overuse of traditional antibiotics in humans and animals resulted in the emergence of stronger, more potent bacterial strains that are no longer treatable with conventional antibiotics.

Researchers at Lawrence Livermore National Laboratory (LLNL) are exploring alternative treatment options when antibiotics fail. Certain naturally occurring clay deposits have been shown to harbor antimicrobial properties and kill antibiotic-resistant bacteria. These clays have been proposed as a new paradigm for fighting the potentially devastating effects of the post-antibiotic era. Despite their effectiveness, these naturally occurring clays, by their inherent heterogenous properties, exhibit variable antibacterial effectiveness and the synthesis of minerals with reproducible antibacterial activity is needed to harness their therapeutic value. The research appears in Nature Scientific Reports.

Antibiotic-resistant pathogens are predicted to account for 10 million annual deaths worldwide by the year 2050. The U.S. currently spends $20 billion a year treating more than 2 million antibiotic-resistant infections that can withstand even the most potent antibiotics. As a result, our approach to medicine and agriculture will require significant changes to successfully maintain current levels of healthcare and food security.

A team of LLNL geochemists, cell biologists and microbiologists set out to produce fully synthetic versions of the naturally occurring antibacterial minerals, while controlling the purity and reactivity of the compounds. The minerals linked to the antibacterial activity of natural samples are smectite clay minerals and iron (Fe)-sulfides (pyrite). The research team led by Keith Morrison used hydrothermal reactors to synthesize chemically pure mineral end members that had the correct particle size, surface charge and reactivity of natural samples. In doing this, they overcame the variability in reactivity of the natural samples and were able to create a reproducible dose.

The synthetic antibacterial minerals were tested against the ESKAPE pathogens: Enterococcus faecium, Staphylococcus aureus, Klebsiella pneumoniae, Acinetobacter baumannii, Pseudomonas aeruginosa and Enterobacter, which represent the most common group of human pathogens that “escape” the effects of antibiotics in clinical settings.

“Our results indicate that bacterial pathogens can be killed by the synthetic clays in as little as one hour depending on the dose.” Morrison said.

The synthetic minerals formulations work by establishing a geochemical cycle between Fe, smectite and pyrite. This cycle results in the sustained release of Fe2+, hydrogen peroxide and hydroxyl radicals that are slowly titrated into solution to kill bacterial pathogens. This approach is different from the application of metals alone, which require higher concentrations to become bactericidal and maintain soluble metals.

“These results are very promising and indicate that mammalian cells may experience minimal toxicity while invading pathogens are killed,” she said.

Other Livermore scientists involved in the study include Josh Wimpenny and Gaby Loots. The work was funded by an LLNL Laboratory Directed Research and Development program and an Innovation and Partnerships Office award.