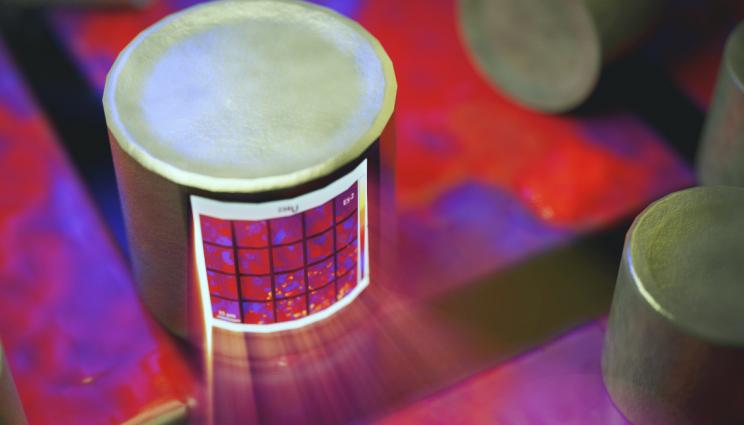 In-situ uranium isotopic imaging by NanoSIMS can provide insights into the process history and origin of nuclear fuel pellet materials in support of nuclear forensics examinations. Image by Veronica Chen/LLNL.

Until recently, the analysis and identification of nuclear fuel pellets in nuclear forensics investigations have been mainly focused on macroscopic characteristics, such as fuel pellet dimensions, uranium enrichment and other reactor-specific features.

But Lawrence Livermore National Laboratory (LLNL) scientists are going a step further by going down to the microscale to study the diverse characteristics of nuclear fuel pellets that could improve nuclear forensic analysis by determining more effectively where the material came from and how it was made. The research appears in the journal Analytical Chemistry.

These cases are indicative of gaps in the control and security of certain nuclear material and nuclear facilities. Each fuel manufacturer applies a somewhat different set of technological processes to the material, which can help trace the material back to the originating fuel fabrication facility.

"In the past, the analysis of fuel pellets and their role in a nuclear forensics investigation has mostly focused on sample characteristics where researchers look at average enrichment, pellet dimensions and other macroscale features," said LLNL chemist Ruth Kips, lead author of the paper. "We decided to dive deeper into the pellets to figure out what was happening at an even smaller scale."

The data showed that the microscale characterization of nuclear fuel pellets by NanoSIMS can reveal production process characteristics that were not detected using the typical set of physical measurements and bulk analysis techniques applied to these types of materials.

NanoSIMS imaging analysis allowed direct characterization of the spatial heterogeneity of the uranium isotopic composition of the surface of fuel pellet fragments and the relationship of that heterogeneity to crystal structure.

"NanoSIMS allowed the distribution of isotopic heterogeneity to be directly visualized in the sample," said Michael Kristo, co-author and LLNL lead for nuclear forensics. "Our study highlights the importance of characterizing samples on the microscale for heterogeneities that would otherwise be overlooked and demonstrates the use of NanoSIMS in guiding further nuclear forensic analysis."

Other Livermore researchers include Benjamin Jacobsen and Erick Ramon. The work was supported by an LLNL mid-career recognition award to Weber and funded by the Laboratory Directed Research and Development program.