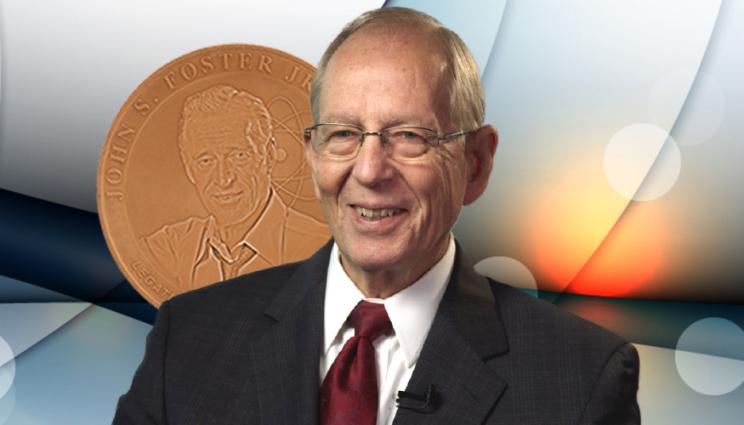 LIVERMORE, California – For the past 65 years, retired Air Force Gen. Larry D. Welch has dedicated himself to the security of the nation, earning a reputation as an inspirational leader, team builder and innovator.

Invited members of the national security community will gather Sept. 26 at the Center for International and Strategic Studies (CSIS) in Washington, D.C. to honor Welch as he becomes the second recipient of the John S. Foster Jr. Medal. Established by Lawrence Livermore National Security, LLC (LLNS) and bestowed on an annual basis by the director of Lawrence Livermore National Laboratory (LLNL), the medal recognizes an individual for exceptional leadership in scientific, technical and engineering development and policy formulation in support of U.S. nuclear security objectives.

"To be in any way associated with the continuing legacy of Dr. John Foster is among the most meaningful honors I can imagine," Welch said. "The nation has long benefitted from his knowledge, commitment and wisdom. His leadership assures delivering great value, whatever the challenge. He has been my mentor, partner and friend in multiple roles and situations over our long years in the national security community. For that I am deeply appreciative and grateful."

Welch has been dedicated to serving the nation since 1951 and remains active in service, even in retirement. His distinguished career is highlighted by four years of service as the 12th Chief of Staff of the U.S. Air Force (USAF). As a member of the Joint Chiefs of Staff from 1986 to 1990, he served as one of the principal military advisers to the secretary of defense, the National Security Council and the president. Welch also served as commander in chief of the Strategic Air Command from 1985-86, responsible for operational planning for all U.S. strategic nuclear systems.

Welch began his career of national service in 1951, when he enlisted in the Kansas National Guard, serving with the 161st Armored Field Artillery until 1953 when he enlisted in the U.S. Air Force. In the Air Force, he entered the aviation cadet program, received his wings and was commissioned as a second lieutenant. He went on to serve as a flight instructor and later in tactical fighter units, including combat missions during the Vietnam War.

By 1981, Welch had taken on responsibility for the daily command and management of the Air Force tactical forces in the eastern half of the U.S. as commander of the Ninth Air Force and also as air component commander to the U.S. Central Command. Leading up to his command of U.S. strategic nuclear forces and role as the senior uniformed officer in the Air Force, he held roles as deputy chief of staff for programs and resources from 1982-84 and as vice chief of staff from 1984-85.

Now retired, Welch continues to serve the nation as a senior fellow of the Institute for Defense Analyses, a federally chartered research center providing operations and technical analysis for the Department of Defense and other U.S. government agencies. He led the institute as president and CEO from 1991-2003 and again from 2006-09.

"Gen. Welch’s exceptional leadership in support of U.S. nuclear security has without a doubt made our nation safer," said Bill Goldstein, director of Lawrence Livermore National Laboratory. "This Foster Medal highlights his steadfast dedication to ensuring our national security. It acknowledges his extraordinary career, his lifelong unique approach to innovation and his ability to inspire colleagues and stakeholders through factual, technically rigorous and sound analysis of alternatives and consequences. I can think of no better person to receive this award than Gen. Welch."

During the award ceremony, several speakers will highlight events from Welch’s career and his many contributions to the nation. Speakers will include Madelyn Creedon, principal deputy administrator for the National Nuclear Security Administration (NNSA); Craig Fields, former chair of the Defense Science Board; and retired Adm. Richard Mies.

In addition, a panel chaired by Brad Roberts, director of LLNL's Center For Global Security Research, will discuss the "Present and Future of Extended Deterrence." Panel members will include Elaine Bunn, deputy assistant secretary of defense for Nuclear and Missile Defense; Linton Brooks, former under secretary of Energy for Nuclear Security and administrator of the NNSA; James Schoff, senior associate at the Carnegie Endowment for International Peace; and retired Air Force Col. John Warden. 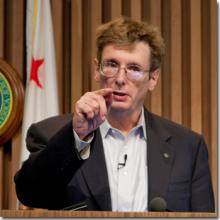