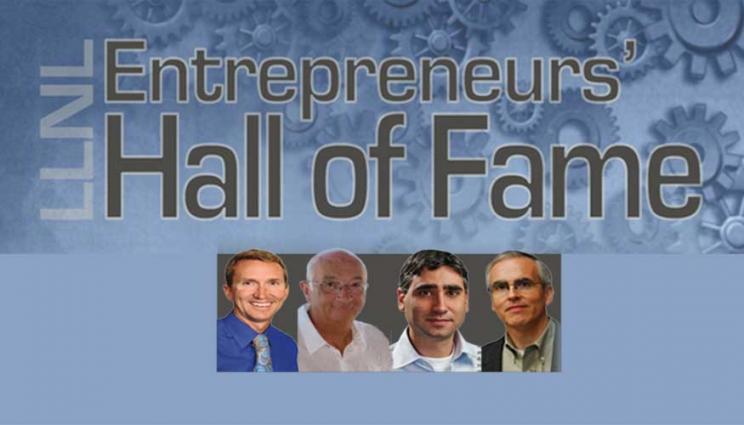 Four former Lawrence Livermore National Laboratory (LLNL) scientists and engineers will be inducted next week into the Laboratory’s Entrepreneurs’ Hall of Fame (EHF).

The group of former Lab researchers, who represent the second class of inductees into the Lab’s EHF, will be honored for developing technologies during or after their Lab careers that created major economic impacts and spawned important new companies.

The entrepreneurs will be presented with plaques commemorating their induction into the Hall of Fame on Tuesday, Jan. 20, by Lab Director Bill Goldstein, during a ceremony starting at 2 p.m. at the Livermore Valley Open Campus.

Three of the four ex-LLNL researchers are expected to attend.

"The story of the Lab’s contributions to U.S. economic competitiveness is told through the careers and accomplishments of these four individuals and by our first class of 15 inductees," said Roger Werne, deputy director of LLNL’s Industrial Partnerships Office and founder of the EHF.

"The bottom line is that by researching the careers of these scientists and engineers, we have uncovered the untold story of the Lab’s contributions to the U.S. economy," Werne added.

Between them, this year’s four inductees initially started three different companies – an Internet security company, a biomedical company that advanced personalized medicine and a microchip firm.

The first class of 15 former Lab scientists and engineers who were installed in the EHF were honored in 2012 as part of the Laboratory’s 60th anniversary celebration.

Together, those 15 researchers started 23 companies and developed about 50 products. The software developed by one of those engineers, John Hallquist, enabled computerized automobile crash simulation, which currently saves that industry about $14 billion a year in cost avoidance.

Four of the companies — Cepheid, Digital Globe, Valid Logic/Cadence Design and Rambus — founded or co-founded by six of the initial inductees have a current valuation of more than $10 billion.

It is anticipated that new classes of members for the Lab’s EHF will be inducted every two to four years, according to Werne.

Revolutionizing the IT world

Computer scientist Martin Casado, who worked at the Lab from 1998 to 2003, revolutionized the information technology world when he developed software-defined networking (SDN), a means of decoupling data from physical computer networks.

When the attacks of Sept. 11, 2001 turned the nation’s attention to homeland security, the Lab tapped Casado to be the technical lead of a classified program focused on assessing the susceptibility of secure networks to cyberattacks.

Casado and his team concluded that the physical nature of computer networks fundamentally undermined security, as a hacker only had to clear the outer perimeter shielding a network. Casado set out to eliminate this vulnerability by creating an impenetrable computer network.

Leaving LLNL to seek his Ph.D. at Stanford University, Casado used his graduate education to study how to make computer networks as flexible as computer programs. With SDN, data could move through a system according to the instructions of a computer application rather than the dictates of a physical network.

Casado and a team of Stanford University computer scientists created the initial open source code for OpenFlow – a platform that allows anyone to decouple data from a hardware network – and Open vSwitch, a virtual switch that helps programmers direct data traffic over a network.

At the same time, Casado and his team founded Nicira Networks, a company that developed computer applications for SDN and network virtualization.  Nicira’s innovations attracted international attention and, in 2012, the firm was purchased by virtual machine giant VMware.

Casado is continuing efforts to upgrade computer networking security, not only for the computer industry, but for banking, retail, health care and homeland security.

He has received numerous accolades, including the Association for Computing Machinery’s Grace Murray Hopper Award for Outstanding Young Computer Professional of the Year (2012-13). 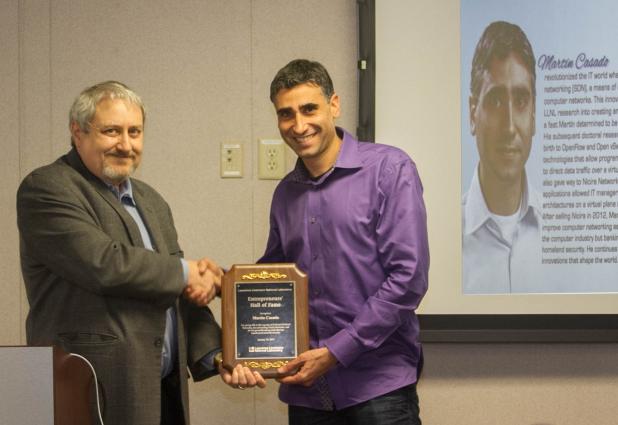 In collaboration with Milanovich and other experts, Colston developed QuantaLife’s hallmark product, the Droplet Digital PCR (polymerase chain reaction), an anti-bioterrorism technology that was converted into medical applications.

The Droplet Digital PCR’s ability to split a genetic sample into thousands of equivalent droplets that could be run through a traditional DNA testing system empowered medical researchers and diagnosticians to more accurately quantify the prevalence of genetic material in a given sample.

By dividing a sample into smaller samples, the Droplet Digital PCR amplifies rare-event DNA that would otherwise be lost in the background of a traditional PCR test.

It is believed that the technology developed by QuantaLife researchers will ultimately provide digital diagnostic solutions to unmet clinical needs in oncology, infectious disease management and reproductive medicine.

This innovation netted later versions of the Droplet Digital PCR the "SelectScience Scientists Choice Award for Best New Life Sciences Product" in 2013 and earned QuantaLife the title of the "most promising company" at the Personalized Medicine World Conference in 2010.

During his Lab career, Colston quickly rose to leadership positions, including heading the Biodefense Knowledge Center and serving as leader of the Chemical and Biological Countermeasures Division. He published more than 60 articles, secured 13 U.S. patents and received three R&D 100 awards.

During Milanovich’s Lab career, he led projects in the Environmental Science Division, the Laser Program and the Chemistry Department. He eventually directed the Lab’s Chemical and Biological National Security Program, helping coordinate the development of sensors that could detect biological agents and exposure to disease outbreaks. In 2002, he was named an LLNL Edward Teller Fellow. 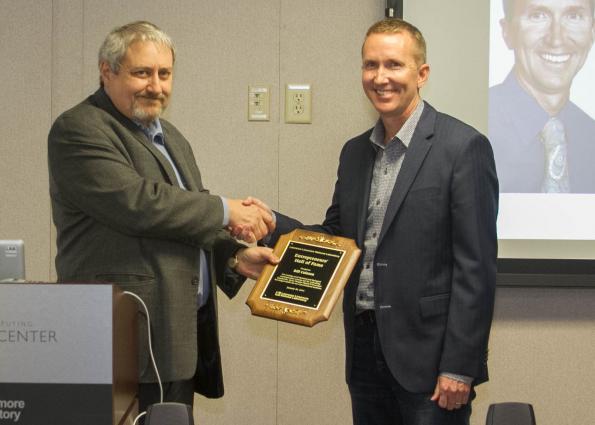 While pursuing his Ph.D. in electrical engineering at Stanford University and working at LLNL, David Tuckerman masterminded the development of a process called microchannel cooling.

This technology circulates coolant through a network of tiny chambers to draw heat away from computer chips. His work unleashed a new approach for leveling operating temperatures for computer components, the effects of which are still transforming supercomputers and mobile devices today.

In 1989, Tuckerman co-founded nCHIP Inc., a technology company that developed enhanced microchips and multi-chip module systems. As the firm’s chief technical officer, he secured numerous patents and oversaw the growth of the company into a multimillion dollar enterprise.

nCHIP’s success attracted worldwide attention and, in 1995, Tuckerman and his team administered the sale of nCHIP to Flextronics International Ltd. 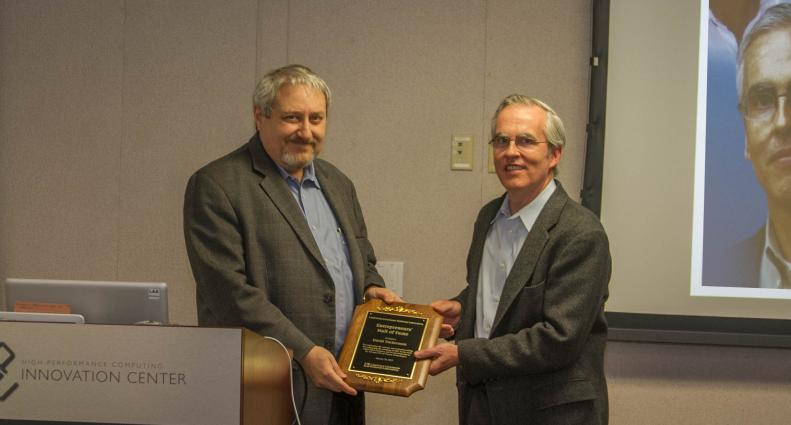