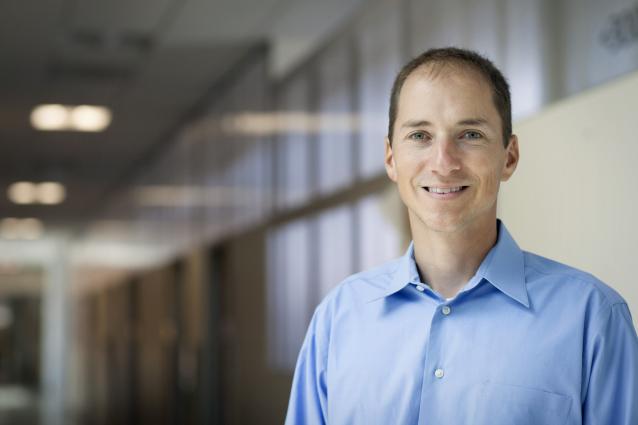 David Lobell, who has done groundbreaking work on the agricultural impacts of climate change, has received a MacArthur fellowship. 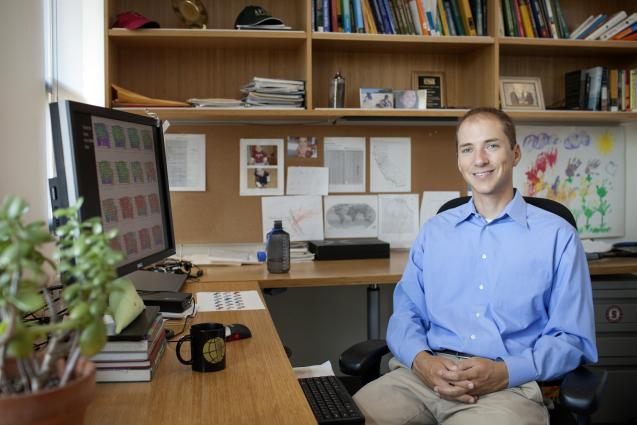 Lobell is an agricultural ecologist who unearths and connects informative sources of data to investigate the impact of climate change on crop production and food security around the globe.

Former Lawrence Fellow David Lobell ,  who has done groundbreaking work on the agricultural impacts of climate change, has received a MacArthur fellowship.

He is among 24 individuals honored this year by the John D. and Catherine T. MacArthur Foundation , which recognizes exceptionally creative individuals with a track record of achievement and the potential for even more significant contributions in the future.

Lobell was cited "for unearthing richly informative, but often underutilized sources of data to investigate the impact of climate change on crop production and global food security."

Fellows each receive a no-strings-attached stipend of $625,000 (increased from $500,000) paid out over five years. Without stipulations or reporting requirements, the fellowship provides maximum freedom for recipients to follow their own vision.

"I'm hoping this will free me up to take time to learn about new topics, travel more to the field, and in general, not spend time looking for funds or worrying about the downside of taking on risky ideas," Lobell said.

Lobell, 34, is an agricultural ecologist who unearths and connects informative sources of data to investigate the impact of climate change on crop production and food security around the globe. He was a Lawrence fellow at LLNL from 2005 to early 2008 and served as co-investigator for a Laboratory Directed Research and Development project that studied the environmental consequences of large-scale deployment of new energy. He now works as an assistant professor at Stanford University.

Lobell's multidisciplinary background in remote sensing, statistics, ecosystem modeling and land use enables him to draw significant insights from enormous and diverse data sets on weather, agricultural practices and natural resources such as soil and water.

His research focuses on identifying opportunities to increase yields of crops including wheat and corn in major agricultural regions, with projects currently underway in Africa, South Asia, Mexico and the United States. He uses a wide array of methods and tools to study how factors such as temperature and moisture have affected crop yields over time and to project the consequences of future climate change on food production.

For one influential paper on trials of maize varieties in Africa, he used untapped historical data from experimental farms in the sub-Saharan area, which he correlated with records from meteorological stations throughout the region in order to analyze the effect of drought and temperature on yields.

Lobell's findings indicate that maize is much more sensitive to heat extremes and drought conditions than previously understood and demonstrate that even varieties engineered to have high heat and drought tolerances suffer marked yield losses when exposed to temperatures above 30 degrees Celsius. The design of this study also has opened new avenues for related research on other staple crops -- such as wheat, soybeans, and rice -- in geographic locations in North and South America and Central and South Asia.

His research focuses on specific adaptations and investments for reducing food-security risks posed by imminent climatic shifts and the environmental consequences of increased food and biofuel production. With the world's population predicted to reach nine billion by 2050, Lobell's work is addressing critical questions about how to meet a rapidly growing demand for food across a warming, changing planet.

Lobell received a NASA New Investigator Program Award for 2008-2011. He received the James B. Macelwane Medal from the American Geophysical Union in 2010, awarded for significant contributions to the geophysical sciences by an outstanding scientist under the age of 36.

He received a bachelor's degree from Brown University. He received his Ph.D from Stanford University. He was a postdoctoral fellow at Lawrence Livermore National Laboratory prior to joining the faculty at Stanford, where he is currently an associate professor in the Department of Environmental Earth System Science and associate director of the Center on Food Security and the Environment, a joint project of the Freeman Spogli Institute and Woods Institute for the Environment. His research has been published in such journals as Science, Nature Climate Change and PNAS .

Lobell joins the ranks of LLNL climate scientist Benjamin Santer who earned a MacArthur fellowship in 1998.

See the full list of the 2013 recipients: 2013 class of MacArthur Fellows