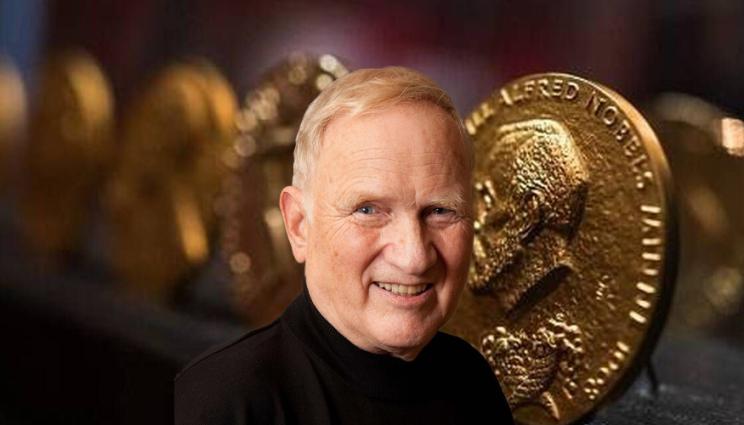 John Clauser has been awarded the 2022 Nobel Prize in Physics, along with French scientist Alain Aspect and Austrian scientist Anton Zeilinger.

John Clauser, an experimental physicist who spent a decade at Lawrence Livermore National Laboratory (LLNL), has been awarded the 2022 Nobel Prize in Physics, along with French scientist Alain Aspect and Austrian scientist Anton Zeilinger.

The Nobel Committee, made up of members from the Royal Swedish Academy of Sciences, cited the trio for “experiments with entangled photons, establishing the violation of Bell inequalities and pioneering quantum information science.”

“It has become increasingly clear that a new kind of quantum technology is emerging,” said Anders Irbäck, chair of the Nobel Committee for Physics. “We can see that the laureates’ work with entangled states is of great importance, even beyond the fundamental questions about the interpretation of quantum mechanics.”

Eva Olsson, member of the Nobel Committee for Physics, noted that quantum information science is a vibrant and rapidly developing field. "It has broad and potential implications in areas such as secure information transfer, quantum computing and sensing technology," she said.

Clauser conducted the groundbreaking work in the 1970s with the late Stuart Freedman while serving as a postdoctoral researcher at Lawrence Berkeley National Laboratory (LBNL) and the University of California, Berkeley. Their findings were published in Physical Review Letters in 1972, laying the foundation for future research by Aspect and Zeilinger. Clauser, Aspect and Zeilinger also were recognized with the Wolf Prize in Physics in 2010, generally considered the most prestigious award in physics other than the Nobel Prize. To learn more about the Nobel-winning research, visit LBNL, UC Berkeley and the Royal Swedish Academy of Sciences.

For Clauser, the Nobel was a long time coming.

“I’ve been up since 3 a.m. (when the Nobel Committee notified him) and I’m very happy,” he said from his home in Walnut Creek, California. “When I won the Wolf Prize, I thought there was a chance I could win the Nobel. But after a while, I stopped holding my breath…I’m just happy to be alive and make it through,” he quipped.

Clauser was among the first researchers to demonstrate quantum entanglement, but after he had a hard time getting a teaching job in that specialty, he joined LLNL as a plasma physics experimentalist from 1975-1986.

“My supervisor recognized that I was a reasonably good experimental physicist,” he said. “I kind of shook things up when I was there.”

During his time at LLNL, Clauser made important contributions to the 2XIIB magnetic mirror experiment, which used an intense beam of energetic neutral atoms to generate and sustain a high-density, high-temperature plasma. Working with collaborators, he designed and built a ruby-laser Thomson scattering plasma diagnostic and Langmuir probe arrays. Clauser also led a group of computer scientists to design and build the data acquisition and analysis system for the Tandem Mirror Experiment.

While Clauser’s prize-winning work wasn’t carried out at LLNL, it has made an impression on many Lab researchers. LLNL’s Steve Libby has admired his work for years.

“I don’t know Clauser personally, but all of us in quantum information know a fair bit about his experiment and also Alain Aspect’s amazing follow-on experiments in the 1970s and 80s,” said Libby, who works on quantum information. “Their work, and Anton Zeilinger’s subsequent terrific work, is foundational to everything we now do.”

Clauser was born in Pasadena, California, and earned his bachelor’s degree in physics from the California Institute of Technology. He went on to earn his master’s and Ph.D. in physics from Columbia University. After a career at UC Berkeley, LBNL, LLNL and in the private sector, he now spends his time sailing and writing physics research papers.