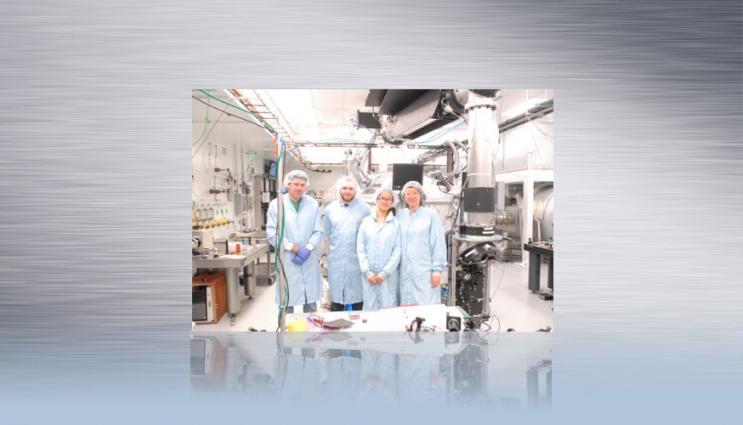 Thermal conductivity is one of the most crucial physical properties of matter when it comes to understanding heat transport, hydrodynamic evolution and energy balance in systems ranging from astrophysical objects to fusion plasmas.

But LLNL researchers have tested theory by developing a platform called "differential heating" to conduct thermal conductivity measurements. Just as land and water on Earth heat up differently in sunlight, a temperature gradient can be induced between two different materials. The subsequent heat flow from the hotter material to the cooler material is detected by time-resolved diagnostics to determine thermal conductivity.

In an experiment using the Titan laser at the Lab’s Jupiter Laser Facility, LLNL researchers and collaborators achieved the first measurements of thermal conductivity of warm dense aluminum -- a prototype material commonly used in model development -- by heating a dual-layer target of gold and aluminum with laser-generated protons.

"Two simultaneous time-resolved diagnostics provided excellent data for gold, the hotter material, and aluminum, the colder material," said Andrew Mckelvey, a graduate student from the University of Michigan and the first author of a paper appearing in Scientific Reports. "The systematic data sets can constrain both the release equation of state (EOS) and thermal conductivity."

By comparing the data with simulations using five existing thermal conductivity models, the team found that only two agree with the data. The most commonly used model in WDM, called the Lee-More model, did not agree with data. "I am glad to see that Purgatorio, an LLNL-based model, agrees with the data," said Phil Sterne, LLNL co-author and the group leader of EOS development and application group in the Physics Division. "This is the first time these thermal conductivity models of aluminum have been tested in the WDM regime."

"Discrepancy still exists at early time up to 15 picoseconds," said Elijah Kemp, who is responsible for the simulation efforts. "This is likely due to non-equilibrium conditions, another active research area in WDM."

The team is led by Yuan Ping through her early career project funded by the Department of Energy Office of Fusion Energy Science Early Career Program. "This platform can be applied to many pairs of materials and by various heating methods including particle and X-ray heating," Ping said.