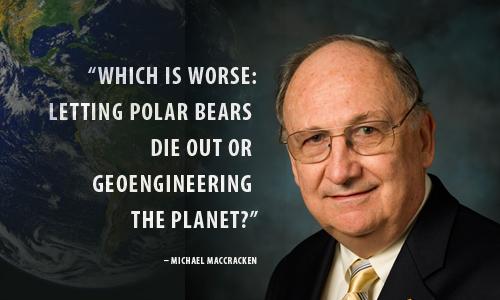 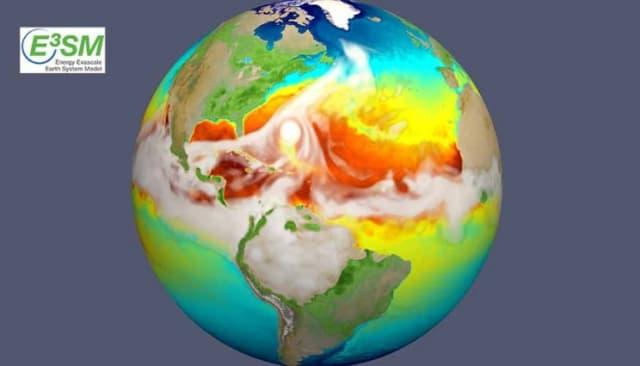 For Michael MacCracken, the issue of whether geoengineering should be used to combat global climate change comes down to a seemingly simple question: "Which is worse, letting polar bears die out or geoengineering the planet?"

The former leader of LLNL's Atmospheric and Geophysical Sciences Division from 1987 to 1993, MacCracken returned to the Laboratory Monday to discuss the option of using manmade measures to try to limit global warming.

Noting that reducing greenhouse gas emissions will likely take many decades and have a delayed effect, society faces a moral quandary in MacCracken's view. "What if we continue to emit these gases, and among other impacts, Arctic and high altitude ecosystems approach extinction? While there are many implications and much research to be done, do we simply sit and wait?"

Now the chief scientist for climate change programs with the Climate Institute, a non-governmental organization based in Washington D.C., MacCracken stated that the choice of whether to use geoengineering rests with society.

At the outset of his presentation, sponsored by the Center for Global Security Research and held in Bldg. 155, MacCracken alluded to the environmental dilemma that the world faces by using fossil fuels.

"Fossil fuels are a tremendous benefit to us," he said. "You can't just give them up, but they do create a lot of problems."

More than 80 percent of global energy comes from fossil fuels and these fuels are relatively inexpensive; relatively abundant, particularly coal; very transportable and easy to store; and boast a global infrastructure, MacCracken said.

However, on the negative side of the ledger, fossil fuels have major impacts on the environment.  Carbon dioxide is the major contributing greenhouse gas responsible for global warming; and is acidifying the ocean; methane releases, plus soot and other aerosols, contribute to global warming, and nitrogen oxides and hydrocarbons are ozone precursors.

MacCracken said three aspects of human-induced climate change create particular concern — that the amount of warming is very large, that the rate of change is very high and that the duration of the change is very long.

To make his point, MacCracken stated that the rate of temperature increase is accelerating, with 24 of the 25 warmest years since global records began in 1850 occurring in the past three decades. The amount of carbon dioxide released into the atmosphere has increased by 20 percent between 1995 and 2005, he said.

It has been projected in the Intergovernmental Panel on Climate Change Third Assessment Report that the global sea level will likely rise roughly one to two feet during the 21st century. And, MacCracken noted, this is before counting what seems likely to be significantly larger contributions from the melting of the Greenland and Antarctic ice sheets.

MacCracken outlined three general approaches to geoengineering — reducing the quantities of greenhouse gases in the atmosphere, reducing incoming solar radiation and altering the processes that lead to climate change.

Among the possible approaches for cutting solar radiation are: deploying solar radiation deflectors, placing mirror-like satellites in low-Earth orbit, releasing stratospheric and tropospheric aerosols, and increasing the reflectivity of the land surface and ocean surface.

Computer model results suggest that the warming caused by the doubling of carbon dioxide can largely be offset by lowering incoming solar radiation by about 1.8 percent, MacCracken said.

The use of global geoengineering would, however, also bear some major costs and implications, MacCracken said. Such an effort, even though reducing incoming solar radiation, would not slow the build-up of carbon dioxide and would require a permanent and increasing commitment for many generations.

One other option offered by MacCracken is that society could undertake geoengineering on a much more limited scale instead of globally.

This approach could present the potential for benefits that far exceed costs and could include objectives such as reversing Arctic warming, moderating the intensification of tropical cyclones and hurricanes, and sustaining the cooling offset of aerosols as sulfur dioxide emissions are reduced.

"Each of the approaches has a different potential cooling influence, readiness and cost; all of them are in need of further research if they are to become potential options," MacCracken added. "While we should be reluctant to interfere with the climate, if we do not do something to limit change, impacts to ecosystems and society could be very damaging."