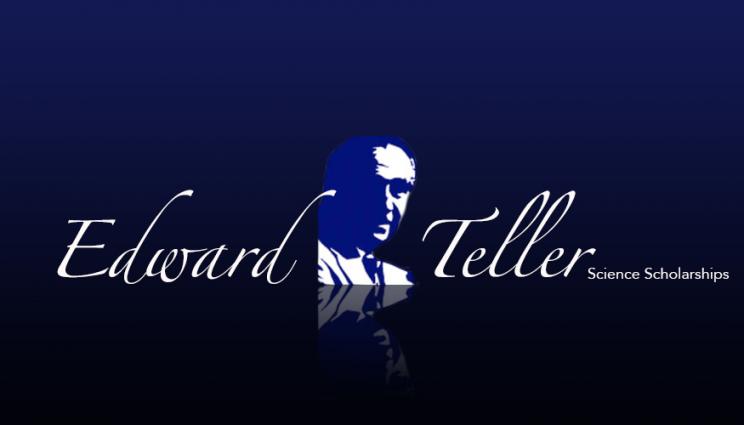 The awards, instituted in 2004 in honor of the late Edward Teller, renowned physicist and Lab co-founder, are given annually by the Laboratory to graduating seniors who excel in science studies.

About the 2015 Edward Teller Scholarship recipients…

Katherine Johnston (Livermore High School) has a long record of science fair projects and earned second place in the Alameda County Science and Engineering Fair. She has ranked in the top 1 percent in her class during all four years at Livermore High School. Her plans are to attend Caltech or UC Berkeley. She aspires to use computer applications and modeling to further scientific discovery.

Danny Sun (Granada High School) maintained a 4.18 GPA while juggling school activities, athletics (basketball) and volunteer work. Sun has shown great enthusiasm for science, math and engineering. She spent a summer as a research assistant at the University of Miami Ocean Sciences Department working with Matlab and Google Earth. Her experiences there led to her co-authoring a paper that was accepted for presentation to the American Geophysical Union fall meeting last year. Sun will attend the University of Washington, majoring in computer science.

Joshua Abraham (Tracy High School) has been focused on learning and sharing science with the local community. Abraham, an International Baccalaureate Diploma candidate, has pursued a rigorous academic course load and has achieved straight A’s in his science coursework. He has been involved in the Waksman Students Scholars Program at the Lab for the past three years and is finishing the analysis for a promising DNA sequence to be published in a national database. Abraham is the president of Scientifically Speaking, where he leads other high school students in sharing science with the community. In addition, Abraham has developed his skills with programming computer simulations and has participated in Lawrence Livermore National Laboratory’s Computers Simulation Teacher Research Academy and in the San Joaquin County Office of Education’s Secondary Integration of Modeling in Math and Science Program. Abraham will attend UCLA in the fall, majoring in chemical and biomolecular engineering.

Jesus De La Paz (John C. Kimball High School) has excelled in AP and honors science classes throughout his high school years. He spent a week at UC Merced assisting his second cousin, a lab assistant pursuing his master’s degree, by researching how to better detect harmful E. coli strains. De La Paz will atttend UC Santa Cruz in the fall, majoring in bioengineering with a focus on biomolecular engineering. He will be the first in his immediate family to attend a four-year university.

Richard Zamora (Merrill West High School) has been focused on science, technology, engineering and mathematics. As an honors graduate of West High’s Space & Engineering Academy, he took the most advanced science and math courses offered. Zamora has been a member of the Science Olympiad team for three years, and this year he was in the Wolfpack’s competitive Robotics Club. He also has participated in a Cyber Tech Academy at Sandia Laboratory and High School Hackathons on the PayPal campus. Zamora will attend San Jose City College this fall, with plans to transfer to UC Berkeley or Stanford. He will major in computer science.