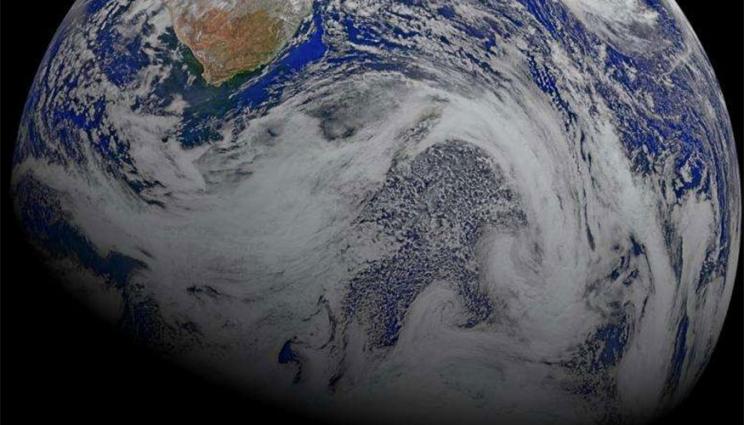 LLNL researchers and collaborators have found that the globe could warm by up to 8.2 degrees Fahrenheit because of Earth’s large climate sensitivity.

A key metric of global warming is the Earth’s "equilibrium climate sensitivity" (ECS), which represents the global surface warming that will accompany a doubling of atmospheric carbon dioxide. For nearly four decades, ECS was thought to be somewhere between 2.7 degrees Fahrenheit (F) and 8.1 degrees F, but a more precise estimate has eluded climate scientists.

That was until Peter Cox and colleagues published a paper in Nature earlier this year, which arrived at a more precise estimate, indicating a likely range for ECS of 4.0 degrees F to 6.1 degrees F. The finding was noteworthy because the study suggested that the true likely range for climate sensitivity could be reduced by more than 50 percent. The results were widely highlighted as ruling out the worst-case global warming scenarios.

Scientists at Lawrence Livermore National Laboratory (LLNL) and the University of Washington have concluded that it is too early to rule out such scenarios. "While the work of Peter Cox and his colleagues represents a novel and thought-provoking analysis, we find that large values of climate sensitivity are still in the cards," said Stephen Po-Chedley, lead author of the LLNL follow-up comment published in Nature.

When Po-Chedley and colleagues consider 11 additional climate models, the constraint on ECS is substantially weaker and encompasses large values of ECS. The expanded analysis also shows that the temperature variability metric that Cox et al. use is sensitive to the combined influence of solar, volcanic and greenhouse gas forcing in the latter half of the 20th century. When alternative analysis time periods are chosen, the risk of the worst-case global warming scenarios increases substantially. These results make it difficult to discount the possibility that the Earth’s climate sensitivity is large.

Aside from the sensitivity of the estimated value of ECS to the climate models included and the time period selected, Po-Chedley also noted that "the Cox et al. results represent one study among hundreds of publications attempting to estimate climate sensitivity. Although the analysis is interesting and useful, it alone does not provide a definitive constraint on climate sensitivity."

Other scientists who contributed to this work include Benjamin Santer at LLNL and Cristi Proistesescu and Kyle Armour at the University of Washington, Seattle.