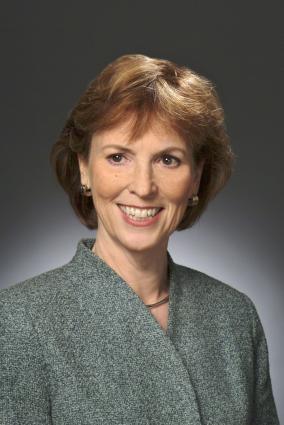 Dona Crawford, associate director for Computation at LLNL, has been appointed for a three-year term on the California Council on Science and Technology.

Dona Crawford selected for California Council on Science and Technology

Don Johnston, johnston19 [at] llnl.gov, 925-423-4902
Dona Crawford, associate director for Computation at Lawrence Livermore National Laboratory, has been selected as a member of the California Council on Science and Technology (CCST ).

The council is an assembly of corporate CEOs, academics, scientists and scholars who are leaders in their respective fields. CCST members provide expert counsel on the science and technology issues facing California.

"As an applied science laboratory we can both contribute and benefit from the work of the CCST. By participating we can build on our longstanding relationship with the state as a part of the University of California," Crawford said. "Many of the challenges the state faces, such as energy, environment and cyber security, also are national concerns that are the focus of Livermore missions."

CCST was formed over 20 years ago to serve the state as an independent body to advise the legislature and state agencies on technical issues. The organization has been described as a state version of the national academies.

CCST meets three times a year -- twice in Sacramento -- and once at a host institution. Meetings focus on a technical topic of interest to California and often lead to studies. In some cases studies come to the council from the legislature. For example, there's an ongoing study of California's Energy Future -- a look at how the state can meet the 2050 emissions goals while also accommodating expected population and economic growth.

Crawford has been appointed for a three-year term, renewable for a second term.

California Council on Science and Technology
Computation at LLNL