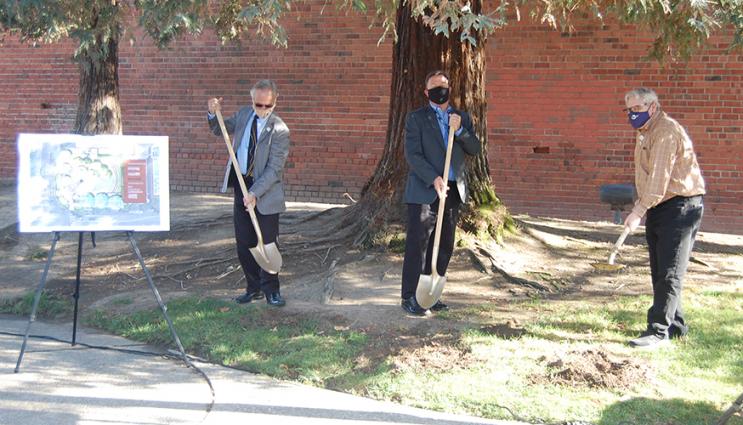 The park will feature a five-foot floating granite sphere, representing the nucleus of a Livermorium atom. The seven orbitals will be populated with 116 electrons — 20 of those electrons representing the element calcium will be illuminated.

In the creation of Livermorium, it is the calcium atoms that are accelerated to one-tenth the speed of light and then directed into a curium target. And for 61 milliseconds, they form one of the rarest elements in the universe.

The park also will feature several placards calling attention to the work at Lawrence Livermore and Sandia-California.

“This park will highlight the intersection of art and science, elements that define our city,” said Marchand, who has been working since 2012 to get development of the park underway. Marchand has termed out and will leave office within a few weeks.

The mayor thanked the Laboratory, Goldstein and the team behind the creation of the element.

“I have enjoyed the wonderful collaboration between the city and our laboratories immensely over these last nine years. This park represents our most recent and ongoing partnership.”

"Livermorium goes down in the history books"