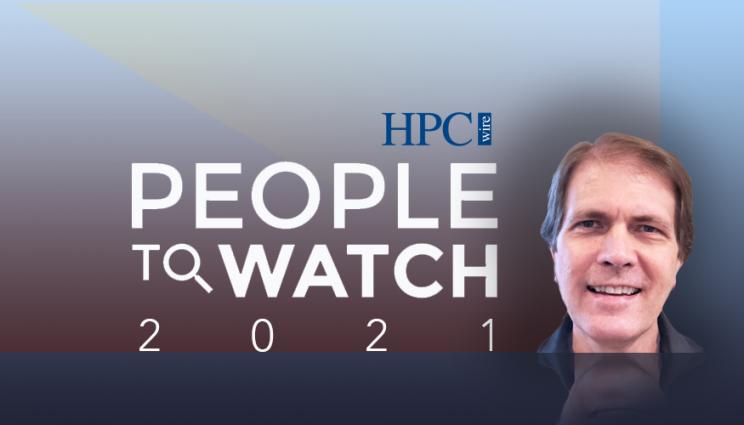 Bronis R. de Supinski, Lawrence Livermore National Laboratory’s (LLNL) chief technology officer (CTO) for Livermore Computing (LC), is one of the top influencers in the high performance computing industry for 2021, according to HPCwire.

On April 7, the publication honored de Supinski as one of its "People to Watch," a group of 14 “innovators and visionaries building and deploying the technologies that are shaping our future,” according to HPCwire’s Managing Editor Tiffany Trader. The honor primarily recognizes de Supinski for his work in devising and executing LLNL’s large-scale high performance computing strategy — including the upcoming exascale-class system El Capitan — as well as his selection as general chair for the 2021 International Conference for High Performance Computing, Networking, Storage and Analysis (SC21).

“Having the community recognize your efforts is always a pleasure,” de Supinski said. “Since being SC21 general chair also is a form of community recognition, I think my role as CTO of LC was the more significant factor for this honor in many ways, and that reflects the generally high level of sustained achievement of our center and the many people who are vital to its success. So this award is really a recognition of all of them.”

HPCwire releases the People to Watch list annually to help foster dialogue about high performance computing and recognize the contributions of the best and brightest minds in the industry, according to the publication.

“In a world that over the last year has revealed more than ever the critical role of high-performance computing, the HPCwire editorial board recognizes the industry’s top influencers as they tackle the business and technological challenges that impact humanity,” Trader said in a news release. “It is an honor and a privilege to present these People to Watch selectees, and we look forward to sharing their continued accomplishments and contributions over the coming year.”

A two-time Gordon Bell Prize winner (2005, 2006), de Supinski also is a professor of exascale computing for Queen’s University, Belfast in Northern Ireland. He chairs the OpenMP Language Committee and has led or co-led many impactful projects including the Exascale Computing Technologies project and the Advanced Simulation and Computing program's Application Development Environment and Performance Team.