Getting into a national security lab like Lawrence Livermore National Laboratory (LLNL) is no simple task. While the Department of Energy doesn't try to hide its existence - like the fictional Hawkins National Lab in the Netflix series "Stranger Things" - gaining access for a community tour requires a background check that can take a month or longer.

Public access to LLNL is limited for good reason, given that its scientists and engineers are responsible for certifying the safety, security and reliability of the U.S. nuclear deterrent in a post-nuclear-test world.

But the Lab recently pulled the curtains back to give prospective employees a behind the scenes look at what it's like to fire the world's largest laser, and how researchers 3D print rocket motors and living human blood vessels.

LLNL published a pair of 360 virtual tours this week of the National Ignition Facility and three of its 3D printing labs, giving the public a panoramic look at some of the research capabilities that can only be found at the national lab. 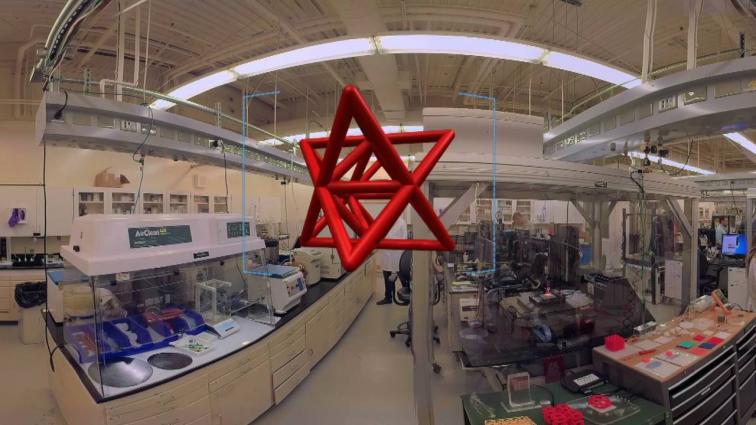 Note: To view on a mobile device, click the title of the video to open it in YouTube.

Unlike the Netflix series, researchers at LLNL are not looking to birth a gate to parallel universes. But it is home to top secret research on some of the fastest supercomputers on Earth, a radiochemistry team that has put five new elements on the periodic table and a team of planetary defenders that is preparing the capability to deflect Earthbound asteroids.

Its researchers provided technical guidance to the policymakers who struck the recent Iran deal, they certify airport security equipment to ensure bad things don't make it onto planes and they are cyber defenders tasked with thwarting attempts to bring down critical U.S. infrastructure.

If the measuring stick is evil-intentioned mad scientists, LLNL is nothing like the phantom lab in the Netflix series. But if it's mind-bending top-secret science that makes the world a safer place, LLNL might just be the closest thing there is to a real life Hawkins National Lab.

And according to Glassdoor and Forbes, employees think it's a great place to work.

Editor's note: At the time of publication, there were 235 job openings at LLNL.