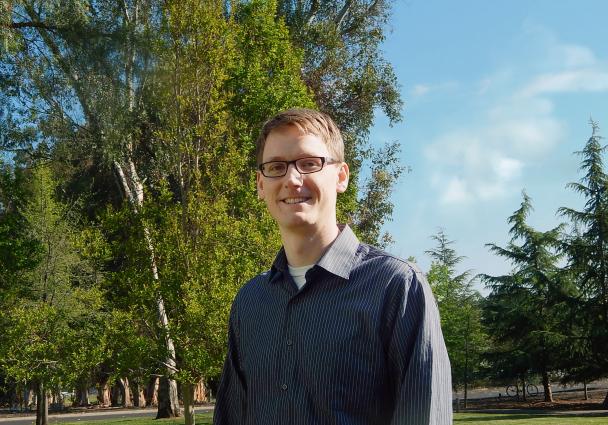 Climate scientist aims to clear the air on clouds

Mark Zelinka has his head in the clouds.

The researcher in the Program for Climate Model Diagnosis and Intercomparison is delving into research on how climate change affects cloud properties and vice versa.

Using detailed data from satellites and climate models, Zelinka, who was recently converted from a postdoc to staff scientist, examines the vertical structure and optical properties of clouds and seeks to understand how and why clouds change as the planet warms, and the implications of these changes for the severity of climate change.

His efforts have earned him funding from NASA under its New Investigator Program in Earth Science. The program, aimed at researchers who earned their Ph.D.s within the last five years, will fund Zelinka up to $100,000 per year over three years. With the funding, Zelinka will use state-of-the art NASA satellite data for his research.

Clouds both trap and deflect planet-warming energy. Their molecules contribute to the greenhouse effect by lapping up infrared radiation emitted by Earth and redirecting some of that energy back toward the planet's surface. But clouds' white tops also reflect almost a fifth of the solar radiation that reaches the planet, a shading effect.

This double life of clouds begs the question: how will changes in clouds shift the global balance between those two effects as the climate heats up? The answer has huge implications for whether clouds will dampen or accelerate global warming.

Zelinka said that while climate models are the main tools for predicting future changes in clouds, it is essential to gain as much insight as possible from the sophisticated cloud observations that are made available by NASA satellites. In 2006, NASA launched the satellites CloudSat and CALIPSO. These orbiters fly in close formation and send out beams -- radar for CloudSat and lidar (the laser version of radar) for CALIPSO -- that penetrate deep into clouds and bounce off water droplets, ice crystals, and airborne particles (aerosols) before returning to the satellites.

These radar and lidar data provide the most detailed and complete view of clouds that has ever been available, Zelinka said.  This will allow him to investigate the role of clouds in the climate in a way that has been impossible with previous satellites, facilitating greater understanding and leading to better benchmarks for assessing the realism of climate models.

Many lines of evidence suggest that as the planet warms, the very cloudy regions of the mid-latitudes shift toward the poles, leaving relatively clear regions in their wake.

Zelinka's project will focus on the role that those mid-latitude clouds play in the climate system. They are intimately coupled to the circulation associated with low pressure systems, which are themselves affected by the radiative perturbations caused by clouds. Understanding these interactions between atmospheric circulation, clouds and radiation is at the heart of Zelinka's research.

"We will also assess how realistically global climate models capture what we see in observations and investigate whether the interactions behave similarly between climate variability and climate change," he said.

The NASA awardis designed to support outstanding scientific research and career development of scientists and engineers at the early stage of their professional careers. The program aims to encourage innovative research initiatives and cultivate scientific leadership in earth system science. The Earth Science Division (ESD) places particular emphasis on the investigators' ability to promote and increase the use of space-based remote sensing through the proposed research.

And Zelinka plans on doing just that.