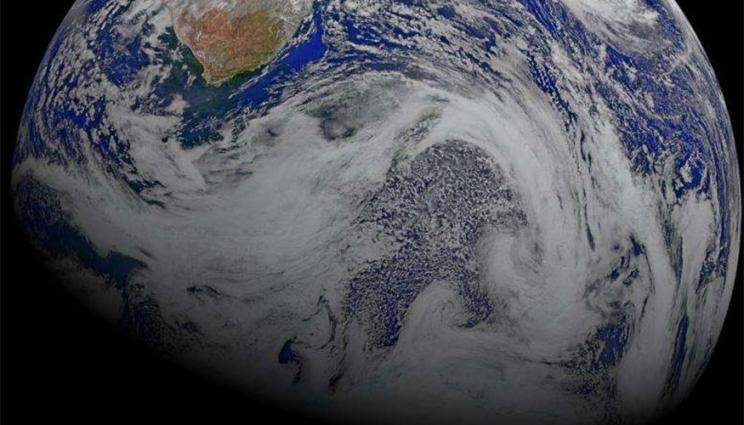 LLNL scientists and collaborators are looking to large climate ensembles to determine when human-caused climate signals began to emerge.

Large Initial Condition Ensembles (LEs) are simulations of climate change performed with a single climate model. An LE typically has between 30 and 100 individual “members” in order to probe the range of natural climate variability. Each member starts from a different initial state of the atmosphere and/or ocean and from there develops into a unique sequence of natural internal variability and the response to external forcings (such as increases in greenhouse gas emissions). In essence, an LE is a way of generating “many Earths” — many plausible trajectories of climate change that can be compared to the sequence that was actually observed.

Lawrence Livermore National Laboratory (LLNL) scientists and collaborators from the Canadian Centre for Climate Modelling and Analysis and the Massachusetts Institute of Technology (MIT) found that running LEs provides a better understanding of the uncertainty in the time required to detect human-caused climate change. Their research appears in the Proceedings of the National Academy of Sciences.

The two LEs used in the study came from the Canadian Earth System Model and the U.S. Community Earth System Model. Both LEs were driven by estimated historical changes in all major man-made and natural external forcings. The focus of the study was to detect human-caused “fingerprint” patterns in the temperature of the troposphere (between the surface and roughly 18 kilometers up) and the lower stratosphere (between approximately 14 to 29 km).

The ensembles showed that stratospheric cooling (primarily due to increases in ozone-depleting substances) was first detectable between 1994 and 1996. Identifying greenhouse gas-driven tropospheric warming took longer and did not happen until between 1997 and 2003. The later detection of a human-caused tropospheric warming signal was mostly due to the 1991 Pinatubo volcanic eruption. Pinatubo warmed the lower stratosphere but cooled the troposphere, temporarily masking human effects on atmospheric temperature. Because the large heat capacity of the ocean has greater influence on the temperature of the lower atmosphere, this volcanic masking effect lasted longer in the troposphere.

The “fingerprint” method used by the authors of the study is a powerful tool for separating human and natural patterns of climate change. Results from fingerprint research provide scientific support for findings of a “discernible human influence” on global climate. Benjamin Santer, the lead author of the study, said the ensemble data “allow scientists to get a better handle on how and when human activities first began to affect climate.”

Because year-to-year and decade-to-decade natural internal variability is different in each ensemble member, there was spread in fingerprint detection time in the model LEs. This spread was larger in the troposphere (where the noise of internal variability is larger) than in the lower stratosphere. In most cases considered by the researchers, the model spread in detection time in the troposphere encompassed the actual fingerprint detection time in satellite temperature data. This was not true in the lower stratosphere, where detection of human-caused stratospheric cooling generally occurred earlier in satellite data than in the two model LEs.

The Canadian and U.S. ensembles produced differing levels of consistency between fingerprint detection time in “model world” and in satellite data. The team said scientists need to be cautious in interpreting such results. Assessing the true consistency between fingerprint detection time in observations and in a large ensemble will require reducing uncertainties in both the sensitivity of the climate system to greenhouse gas increases and in the cooling caused by anthropogenic aerosols (particularly through their effects on cloud properties).

“As a statistician, I’m excited about the possibilities LEs offer for studying signal and noise in the climate system,” said LLNL’s Giuliana Pallotta, a co-author of the paper. “Large Ensembles have not been fully exploited in climate fingerprint studies. They should be.”

The research continued a long-standing scientific collaboration with John Fyfe at the Canadian Centre for Climate Modelling and Analysis and Susan Solomon at MIT.

The Livermore portion of the work was funded by the Department of Energy Earth and Environmental System Modeling Program and the Early Career Research Program Award.