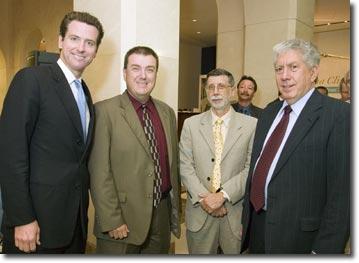 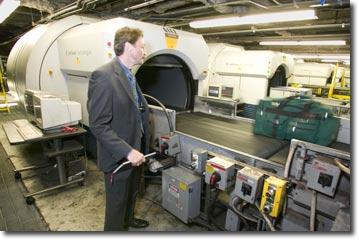 SAN FRANCISCO — A pilot program to screen passenger aircraft cargo for explosives will be launched later this summer at San Francisco International Airport (SFO) by the U.S. Department of Homeland Security (DHS).

Known as the Air Cargo Explosives Detection Pilot Program, the effort will be conducted at SFO air cargo facilities under a collaboration between DHS’s Science and Technology (S&T) Directorate and the Transportation Security Administration (TSA).

The $30 million cargo explosives screening pilot program will later be expanded to two other – as yet unannounced – U.S. airports.

The objective of the program is to understand better the technological and operational issues associated with explosives detection for air cargo. This work will provide critical knowledge to help in making future decisions on the national air cargo security infrastructure, as well as assisting in the research and development planning to support air cargo security.

With the amount of air cargo undergoing screening due to rise substantially, the scientists will seek a better understanding of the economic impact of these changes on the air carriers and how they do business.

The pilot program will focus on developing concepts of operations for screening air cargo. Those concepts will be evaluated and checked to see whether they can be improved for use at other airports.

Work done in conjunction with the Transportation Security Laboratory will, in part, focus on developing a list of appropriate screening techniques for different commodities and types of air cargo.

The program will use currently available commercial technology for screening air cargo. It is expected new ideas will be generated for where the department should invest its R&D resources to improve the technology.

To advance the field, the DHS is already funding the development of new screening technologies for explosives, such as advanced X-ray systems that can screen entire pallets at once.

Among the systems or techniques now used for baggage screening that will also be deployed at SFO for cargo screening are Explosive Detection Systems, Explosive Trace Detectors, and standard X-ray machines, as well as canine teams and manual inspections.

Data collected through this program will allow the research team to check the accuracy of computer models that will simulate the air cargo screening process at SFO, and can then be expanded to the entire airport and other airports.