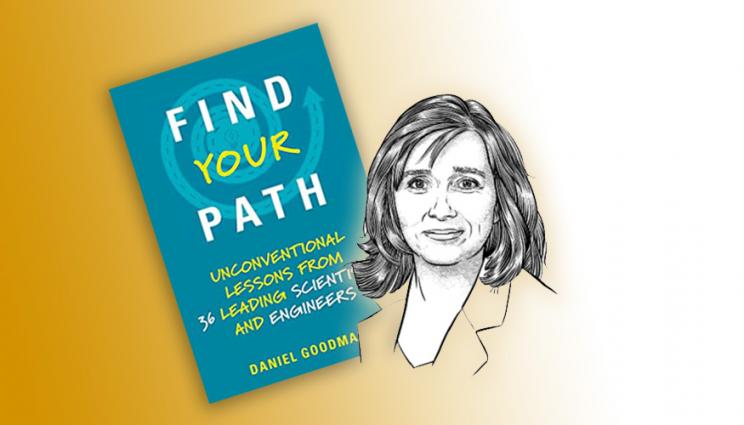 Kim Budil says her early experience with a mentor taught her the importance of support networks.

Kim Budil, principal associate director for Weapons and Complex Integration at Lawrence Livermore National Laboratory (LLNL), is one of 36 scientists and engineers to be featured in a new book titled, “Find Your Path: Unconventional Lessons from 36 Leading Scientists and Engineers.” The book offers personal accounts of challenges, struggles, successes, U-turns and satisfactions encountered in their careers, ultimately highlighting how there is more than one path to professional success in science and engineering.

In her introspective essay, Budil begins by sharing how she questioned if she would be “good enough” as a graduate student. She felt like a fish out of water, far from the confident leader she has grown into. The situation changed when she gained the support of a prominent woman scientist, Anne L’Huillier, who helped give Budil the confidence and assertiveness she needed. This early experience taught Budil about the importance of support networks.

“Without her, I would not have finished my dissertation,” she wrote. “Since graduate school, I have learned to select more carefully the types of environments that I am in and the colleagues I work with. Throughout my career, I have developed what I call my ‘personal board of directors.' This is a group of people to whom I reach out when I need help navigating difficult situations — whether managing a conflict, walking the fine line between assertive and aggressive, or, later, when I was thinking about starting a family, balancing personal and research goals.”

Budil also described how she had early ambitions to become a lawyer and work in government. While she ended up pursuing her other passion – physics – she was able to merge these passions with her work at LLNL, and later when she worked in Washington, D.C. on behalf of the Laboratory as a technical adviser to national security policymakers.

“Being part of the national security community allowed me to pursue both of my original interests,” she wrote. “Scientists working in government can have a big influence, but such work requires patience. It is like trying to turn a cruise ship around; it takes time, but once the ship actually moves, the change is impressive.”

Budil’s input for the book was provided prior to her return to LLNL, while she was vice president for national laboratories at the University of California Office of the President (UCOP). However, her current role is a fitting next step in her career progression, drawing on her passion for science and policy and her talent for leading programs and motivating staff.

“We’re at a pivotal time for the weapons program, for the Laboratory and for the nation,” said Budil, now a year into her current role. “My focus right now is putting us in a position to ensure we’re able to meet the needs of the nation a decade from now. A big part of that is helping to raise up the next generation of leaders, just as my mentors have helped me through the years. I’m in a unique position to make that a priority, and it’s a responsibility I don’t take lightly.”