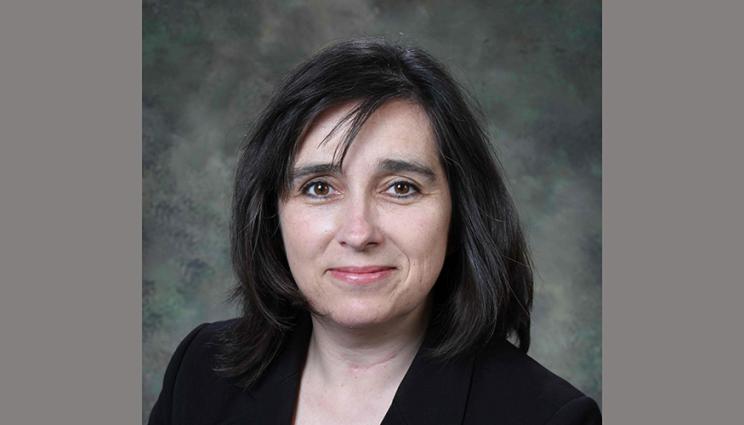 Kim Budil, principal associate director for Weapons and Complex Integration at Lawrence Livermore National Laboratory (LLNL), has made a career of advancing national security science and strengthening the partnership between the national laboratory and the University of California (UC) system. In recognition of outstanding achievements in both academia and public service, Budil will be honored by her alma mater Nov. 22 with the Distinguished Engineering Alumni Medal from UC Davis’ College of Engineering.

The award is the highest recognition presented by the College of Engineering to alumni and is given each year in recognition of graduates whose professional and personal achievements bring special honor to the College of Engineering. Budil was one of seven recipients in 2019, joining Dennis Discher, Deborah Frincke, Michael Hurlston, Robert Kiss, John Maroney and Shelten Yuen.

“To be recognized as part of this distinguished group is a real honor,” Budil said. “The UC system holds a special place in my heart and plays a very important role in the national laboratory system. I have had tremendous fortune in my career to have seen the power of this partnership first-hand.”

Budil’s distinguished career in academia and public service began during her time as a graduate student at UC Davis. While studying for a master’s degree in engineering and applied science, she joined LLNL as an intern in Laser Programs in 1987. She earned her master’s degree a year later and continued on with her Ph.D., which she completed in 1994, and a subsequent postdoc position at LLNL. During her career at the Laboratory, she quickly grew into roles of increasing management responsibility, including Weapons and Complex Integration, Global Security, the National Ignition Facility and Physical and Life Sciences.

In 2014, Budil transitioned to a new role as the vice president for national laboratories in the UC Office of the President (UCOP). In this position, she was responsible for the governance and oversight of the three UC-affiliated national laboratories (LLNL, Los Alamos and Lawrence Berkeley) as well as the development of strategic partnerships between the 10 UC campuses and the laboratories. She served as an executive committee governor on the Lawrence Livermore National Security (LLNS) and Los Alamos National Security (LANS) Boards of Governors and a director on the Triad National Security Board (LLNS manages the Laboratory for the Department of Energy/National Nuclear Security Administration).

Budil returned to LLNL last January to lead the Laboratory’s nuclear weapons program in its responsibilities to ensure the safety, security and reliability of the nation’s nuclear deterrent, and to support the transformation of the stockpile and the nuclear weapons enterprise for the future. She also is responsible for stewardship of the broad range of science, technology and engineering capabilities and infrastructure that underpin the Stockpile Stewardship Program and lay the foundations for the long-term health and vitality of the Laboratory.