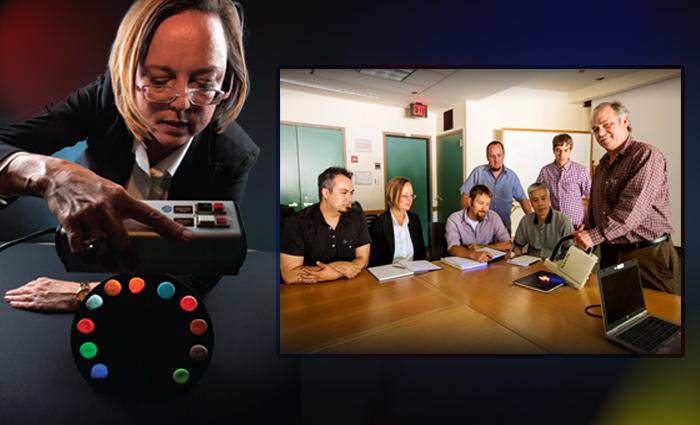 While LED lighting will likely replace fluorescent tubes eventually, low-cost linear fluorescent lighting is expected to remain a dominant feature in the U.S. infrastructure for more than a decade.

Therefore it is necessary to replace the current triphosphor blend discovered more than 30 years ago (based on a mixture of blue, green and red emitters) because of its high rare earth consumption.

The GE, LLNL and ORNL team, funded by the Department of Energy’s Office of Energy Efficiency and Renewable Energy and working with the Critical Materials Institute (CMI) at Ames Laboratory, have identified a green phosphor, which reduces the Tb content by 90 percent and eliminates La, while the new red phosphor eliminates both Eu and Y and is rare-earth free.

These proposed phosphors appear to be close to meeting stringent requirements of long lamp survivability, high efficiency, precise color rendition and low-cost; the blue phosphor has inherently low rare-earth content and need not be replaced.

"The fundamental physics of these phosphors is compelling, and we are taking the next steps to assess their feasibility for commercial lighting by evaluating chemical issues such as slurry compatibility and improving the synthetic procedures," said Steve Payne, the CMI thrust leader on the project.

The principal investigators on the project are Nerine Cherepy of LLNL, Lynn Boatner of ORNL and Alok Srivastava of GE.