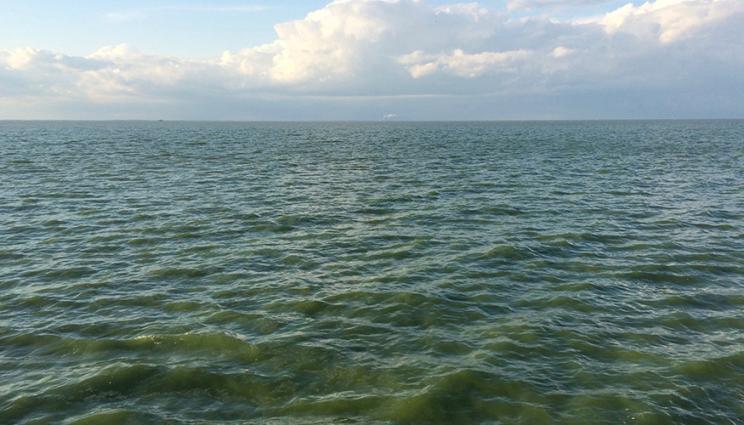 Lawrence Livermore National Laboratory (LLNL) scientists and collaborators have used a new technique to better forecast the level of algal toxins that accumulate in Lake Erie every year.

Harmful algal blooms (HABs) are global phenomena and, in freshwater lakes and reservoirs, are caused by cyanobacteria of the genus Microcystis that produce microcystins, a suite of amino-acid-like toxins that are harmful to wildlife and humans. Understanding the environmental drivers that affect microcystin concentrations and developing forecasting capabilities are critical to protect human and environmental health and ultimately prevent future HABs.

The team used isotope labeling of the cyanotoxins to examine its degradation in Lake Erie. Using LLNL’s NanoSIMS instrument, they confirmed that a small but highly active component of the microbiome was responsible for the degradation of the toxin. The research appears in the journal Limnology and Oceanography.

Microcystins are a potent liver toxin and possible human carcinogen. Cyanotoxins can also kill livestock and pets that drink affected waters. Fish and bird mortalities also have been reported in water bodies with persistent cyanobacteria blooms. These blooms form when cyanobacteria, which are normally found in water, start to multiply very quickly. Blooms can form in warm, slow-moving waters that are rich in nutrients from sources such as fertilizer runoff or septic-tank overflows.

Cyanobacterial biomass forecasts in Lake Erie — which has a history of cyanobacterial HABs — are made possible with frequent remote sensing data and lake water mass movement. One of the more widely known forecasts is from NASA and the National Oceanic and Atmospheric Administration (NOAA) that uses satellite images of Lake Erie to forecast cyanobacteria location and biomass two to four days in advance.

To date, there were no previous studies linking microcystin production and biodegradation in a naturally occurring Microcystis-dominated cyanobacterial bloom. The study’s results provide evidence for in situ microbial degradation of microcystin. Using nitrogen-15 (15N) isotope labeling to trace the fate of an algal toxin into the bacterial community had not been done before; a major finding was that degradation appears to be limited to a small subset of the Lake Erie microbial community.

“The high spatial resolution of the NanoSIMS allowed us to identify that the isotope-labeled toxin was being incorporated into the biomass of a small fraction of the microbial population living inside the bloom, and not the cyanobacterial cells that had released it, something that could not be accomplished with any other detection method,” said LLNL scientist Xavier Mayali, a co-author of the study.

“The results of our study not only provide new insights into the dynamics of cyanotoxins in nature but also suggest a potential new direction for cyanotoxin treatment using specialized toxin-degrading bacteria,” said LLNL postdoctoral scientist Wei Li, another co-author of the paper.

Co-author Thomas Bridgeman, from the University of Toledo’s Lake Erie Center, said: “We have been measuring microcystin concentrations in Lake Erie for many years, but this study is the first to show that the toxin levels we measure on any given day are the net result of competing microcystin production and degradation processes that vary over time and space. It’s a big step towards the development of models that will be able to produce microcystin forecasts for the benefit of water-treatment plants and recreational users of Lake Erie.”

LLNL staff scientist Peter Weber, principal investigator of the NanoSIMS facility, was also part of the team. Other institutions include The Ohio State University, Wayne State University, Bowling Green State University and University of Toledo. The LLNL portion of the research was funded by the Laboratory Directed Research and Development program.