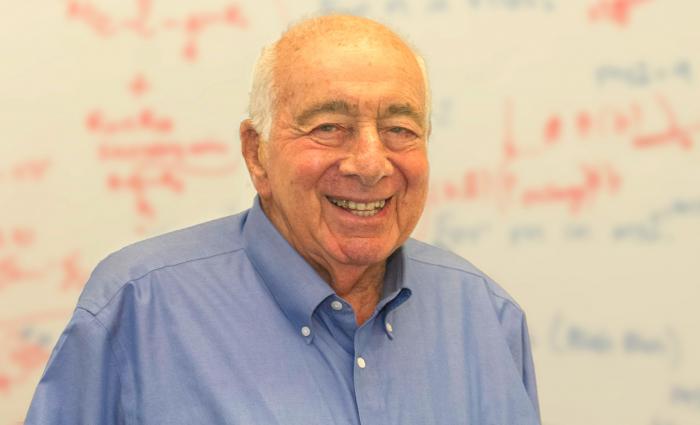 Lawrence Livermore scientist Berni Alder will celebrate his 90th birthday and his 60th anniversary at the Laboratory. He still comes into the Laboratory twice a week in the afternoon. Photo by Julie Russell/LLNL

Berni Alder: A pioneer of the times

Father of molecular dynamics to celebrate 90th birthday, 60th anniversary at the Laboratory

Berni Alder was born in Germany, but was a Swiss citizen. In 1932, his family moved to Zurich, just before Hitler came to power.

In 1941, when he was 16 years old, he fled Switzerland right before the United States entered World War II and took a sealed train through occupied France and then onto Spain and Portugal. There he boarded an American ship headed to the United States.

As he approached his 18th birthday, he was asked to join the Manhattan Project to escape the draft, but the draft board determined he was too young.

Instead of participating in the Manhattan Project, when he turned 18, he joined the U.S. Navy to repair radar for the Pacific fleet in the Philippines.

At the end of WW II, Alder finished his undergraduate work at the University of California, Berkeley in chemistry in 1946. He earned his master’s degree in chemical engineering in 1947 and joined the California Institute of Technology in 1948 as a grad student, where he met computer designer Stan Frankel. Using CalTech’s mechanical computers, Alder and Frankel developed a computer technique, now called the Monte Carlo method, for calculating results from random sampling. 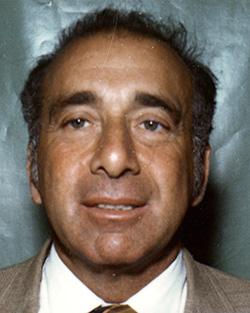 This is how Alder became a computational pioneer, who over six decades at Lawrence Livermore National Laboratory has worked on computers to simulate the properties of materials.Later this year, Alder will celebrate his 90th birthday as well as his 60th anniversary at the Lab.

After earning his doctorate, Alder started teaching as a lecturer at UC Berkeley. In 1953, he joined Lawrence Livermore as a consultant. He was working on the Monte Carlo method congruently with Edward Teller, so he came on as a consultant first and in 1955, "They offered me a job," Alder said.

Alder invented molecular dynamics (MD) and helped develop Monte Carlo methods, which use computers to reproduce the behavior of atoms and molecules through a large number of random steps. His discovery includes changing kinetic molecular theory, showing that simulations can significantly affect a scientific field. In 1980, Alder was one of the pioneers who used large-scale simulations to solve quantum mechanics problems.

The creation of molecular dynamics and the Monte Carlo technique

"Berni pioneered the molecular dynamics method for studying dense phases of matter in the late 1950s, and MD is now a standard technique used to investigate strongly interacting atomic and molecular systems," said David Young, who was a postdoc working with Alder in 1968 and 1969. "It is now accepted that in addition to the experimental and theoretical branches of physics, there is a third: computer simulation. Berni was one of the first to develop this branch. Computer power has improved so greatly that MD methods are now routinely being used to study a vast range of problems in chemistry and physics. 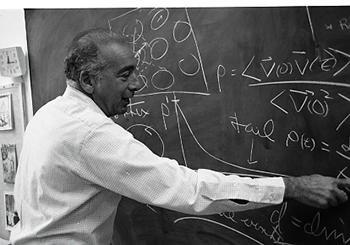 "I was privileged to work with Berni, and some of our 1960s papers are still being cited by others, an indication of the importance of Berni’s innovative ideas."

When Francis Ree arrived at the Livermore branch of "The UC Radiation Laboratory" in June 1960 from Utah, he was "quarantined’ in a "cooler" — a wooden barrack outside the fence — until he received his Q-clearance. He said he felt a bit isolated until he heard about Berni Alder.

"I phoned him one day," Ree said. "Berni came to my office almost immediately. I remember him enthusiastically explaining his work with Tom Wainwright on transport problems using the MD simulations."

Finding the time for computers

Using some of the earliest supercomputers that same year , Alder and Ree took advantage of the computational power unavailable elsewhere and carried out difficult calculations using magnetic tapes and punch cards.

"You can develop methodology without big computers, but to gather statistics, you need something bigger," Alder said.

Early on, Lawrence Livermore and Los Alamos operated the world’s most-powerful supercomputers. Those computers were running non-stop — and the big weapons 'design' codes had top priority ownership; however, there also was some substantial time set aside for pure scientific research at the Lab. But the competition for these science allocations was just as intense and competitive as was the competition for computer time between the design code physicists — so it was hard for everyone to ever get "enough" time on the big machines. 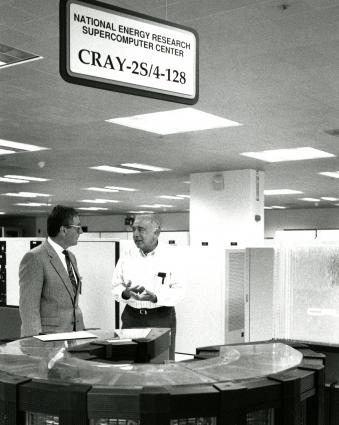 "Computer time was extremely valuable," Alder said. "It was that hard. At times, we were ‘stealing’ machine time from the weapons physicists when they scratched their heads; we were gathering statistics from the Monte Carlo method."

Alder and his colleagues found that they could rebuild physics codes to use the machine more efficiently by running the calculations on previously unused small blocks of space. Big codes didn't need or weren't able to fit into these smaller chunks. That’s where Alder and his colleagues stepped in, aided by the fact that his codes were based on a repetitive calculation that could stop, start, expand or contract in a straightforward way.

"In modern parlance it was a huge win-win. The weapons codes were unaffected and Alder’s group could carry out the many hours of computation that were needed to produce outstanding research results," said Bruce Tarter, who was head of Alder’s Division (Theoretical Physics) in the late 1970s. 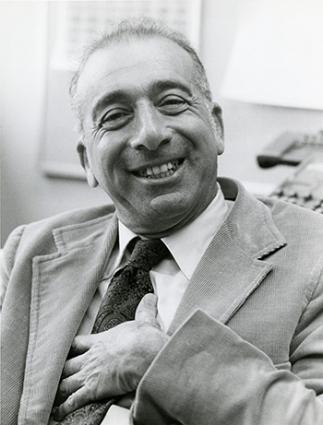 "Berni's scientific passion and insights are extraordinary, and he is very generous in helping to develop the careers of young scientists and engineers," said Todd Weisgraber, who worked with Alder on a project to investigate the origins of turbulence and would meet him for lunch regularly. "He is a terrific person and I am honored to work with him. Berni is also a living historical record of the Laboratory, and I always enjoyed learning about the Lab's past and its contributions to science. "

Alder still works at the Laboratory, coming in twice a week in the afternoons, working on advancing the same research that he started 60 years ago..

"It’s fun," Alder said of continuing to work on molecular dynamics and the Monte Carlo technique. "It’s the most interesting thing to do."