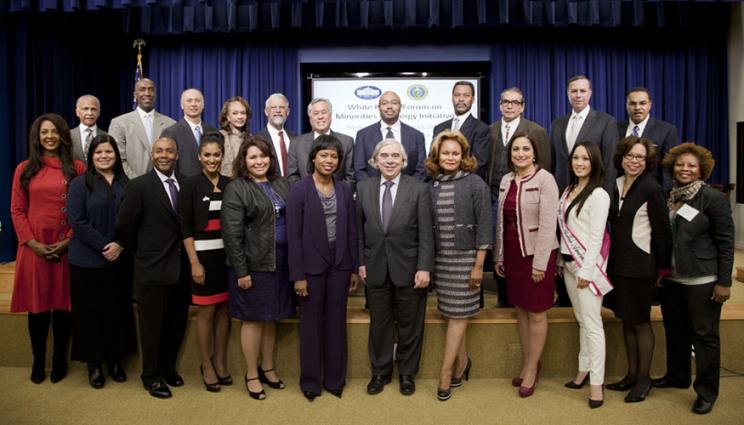 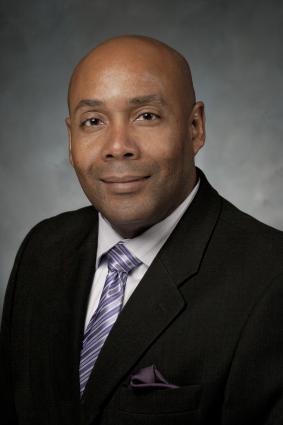 Baylis named champion for the DOE Minorities in Energy Initiative

Carrie L Martin, martin59 [at] llnl.gov, 925-424-4715
Tony Baylis, director of the Office of Strategic Diversity Programs at Lawrence Livermore National Laboratory (LLNL), was recently named as a Department of Energy (DOE) champion of the Minorities in Energy Initiative by DOE Secretary Ernest Moniz during a forum at the White House.

"It was a privilege to take part in the White House forum. I am honored to have been selected as a champion for the Department of Energy's Minorities in Energy Initiative," Baylis said. "In this role, I hope to be a positive representative for DOE and LLNL in promoting this effort and in bringing awareness of STEM careers to minorities."

Baylis and other senior-level leaders in industry, government, academia and nonprofits were acknowledged at the event as champions and ambassadors for the Minorities in Energy Initiative. They were selected by the DOE because of their dedication to advancing underrepresented groups in the energy sector and to support their advancement into leadership positions.

In a memo to forum attendees, Moniz states: "The minorities in Energy Initiative will take and all-of-the-above approach to energy platforms regarding research, technology and policy driving our energy economy. Although Hispanics, African Americans, Asian Americans and Native Americans make up 24 percent of our workforce, they comprise only 9 percent of the STEM workforce. The department is committed to working with you to foster greater diversity and inclusion in the energy sector."